In the world of half-ton pickup trucks, it’s hard not to feel like there is a brand new model on the market every ten minutes or so. We’re inundated with ads on TV, on radio, all over the internet and everywhere in-between. But, in the case of the 2021 Ford F-150 Tremor, this actually is a new model … sort of. When driving around and seeing one of these out in the wild for the first time, it may look as if some frugal chap bought a base F-150 and then threw some Raptor bits on it to spice things up a little. Ironically, this isn’t far from the truth. In terms of where the Tremor sits in the hierarchy of the F-150 universe, it may sound like blasphemy, but it reminds us a lot of the Grand Sport trim in the realm of Corvettes. The Grand Sport takes from the high end ZO6 and tacks them on to what is essentially a base ‘Vette and you get the look plus a bit more performance … that is exactly what the Tremor is here.

The Tremor option gives your F-150 a lot more off-road capability than a base model equipped with the FX4 package. Trim specific hood and grille replete with orange touches try to help differentiate things, while a skid plate, transfer case and locking rear differential all borrowed from the Raptor work in conjunction with the retuned springs to up the off-roading ante. Those suspension tweaks add and additional 1.2-inches of ground clearance (for a total of 10.9 inches). The suspension is also tuned to travel and rebound in Raptor-like fashion adding 1.5-inches in the rear and 1.0-inch up front which gives the Tremor an approach angles of 27.8 degrees, and matching departure and breakover angles of 21.2 inches, which not surprisingly, all fall right in between the base F-150 and Raptor angles.

For now, if you opt for the 2021 Ford F-150 Tremor option, you are signing up for a SuperCrew four-door truck that comes with a 5.5-foot bed. There is no choice of engine or transmission either. But when you have an EcoBoost 3.5-liter twin-turbo DOHC V6 that comes with variable camshaft timing and direct-injection, and makes a silly 400-horsepower at 5,000 rpm and a stump-pulling 500 pound-feet of torque, there is very little to complain about. That massive power is mated to Ford’s latest 10-speed automatic transmission and then on to all-four wheels (two-wheel drive is not an option), where trim-specific matte 18-inch wheels await shod in 33-inch P275/70R-18 General Grabber all-terrain tires.

The Tremor wants to be thought of as an off-road truck, so Ford has fitted it with all of its latest and greatest trail-tackling tech. Trail Turn Assist allows the Tremor to essentially pirouette in place to get out of tight spaces without destroying your truck in a bumper car K-turn. This is undoubtedly a nod to the upcoming Rivian R1T, which has made this a popular highlight. Trail One-Pedal Drive is another nifty trick, and is somewhat self explanatory. You can crawl along with only the use of the gas pedal, allowing the truck to brake on its own. Trail Control does its best to moderate all forms of acceleration and braking so you can focus on not dying in the wilderness. Thanks to that big power under the hood, Tremors can haul a considerable amount if the need arises. Payload max chimes in at 1,885 pounds, while towing capacity tops out at an impressive 10,900 pounds. There is also a fun 2.0-kW onboard generator that uses two 120 volt 20 amp outlets located out back in the bed.

For a truck that weighs in at just under 5,000 pounds (4,948 to be specific), the Tremor’s 16/20/18 city/highway/combined mpg isn’t that bad. Granted, those numbers can be drastically reduced if you are crawling over boulders in the wilderness. Pricing for the 2021 Ford F-150 Tremor checks in at $49,855, which again, not surprisingly falls right in-between the F-150 base and the high-end all-powerful Raptor. So if you want more off-roading prowess than your standard FX4, but don’t plan on entering many Baja races where the Raptor would shine, the Tremor might just be the perfect fit. We have to hand it to Ford because even though we thought the last thing we needed was another pickup truck in the world, as it turns out, we did. 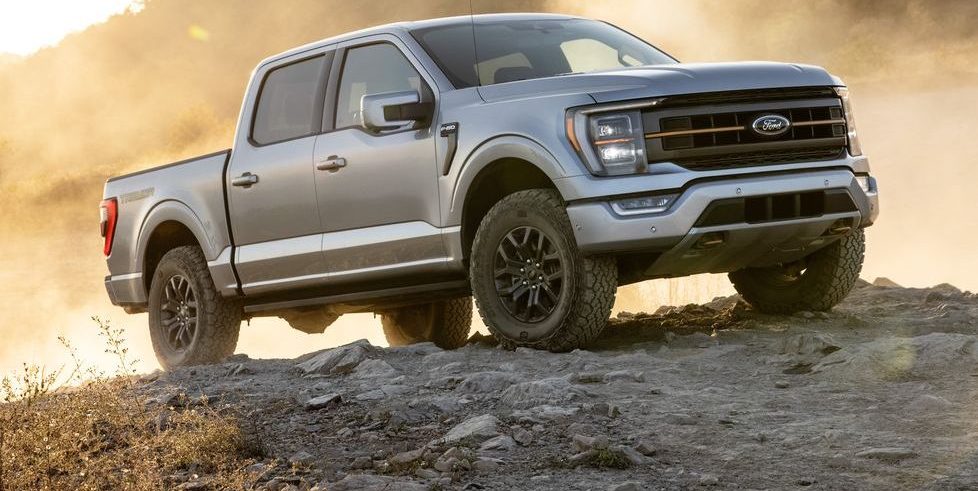 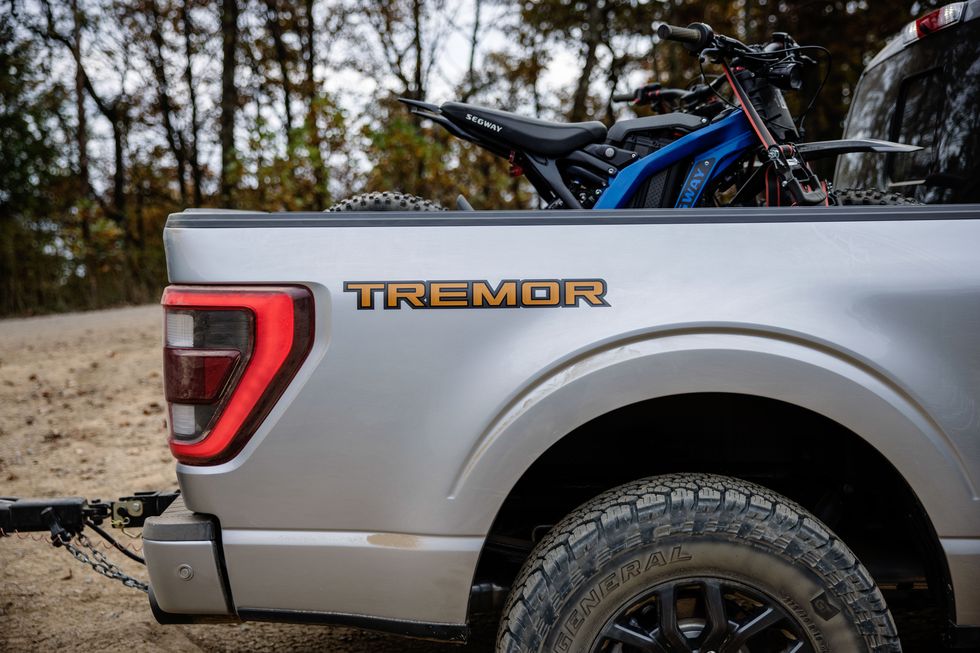 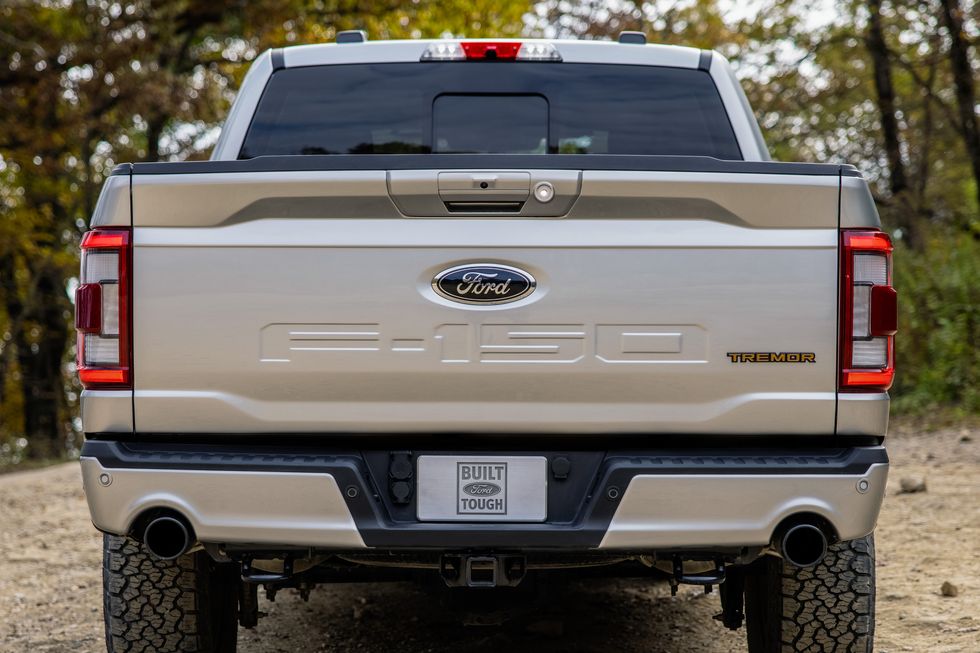