Ever since it was brought over to the states by Subaru, the WRX has been a lot like Apple. The car itself has carved out such a niche in its respective market that its loyalists are die-hard followers that never stray. Early on, when we saw the iPod start to dominate the world, we did see the infamous Zune try and take a chunk out of the mp3 marketshare, and there were some that decided to be countercultural and go with the outlier rather than the crowd-favorite. That is sort of what happened with the WRX when the Mitsubishi Lancer Evolution, or EVO showed up on the scene. At first it was looked at as a real threat to the WRX’s crown. But, the all-wheel drive supremacy battle quickly ended after the the EVO got fatter and slower in its second generation and then faded away into anonymity, much like the Zune. Fast forward two decades and we now have the sixth generation Subaru WRX in front of us, alive and well. But is it better? That’s the question.

From the outside, it is clear to see there are some drastic visual changes to the new generation Subaru WRX. The flared rear wheel wells look sportier, but at the front and rear we have some concerns. Up front, the WRX looks almost bland. You would be hard pressed to know if it was a WRX that was coming up in your rearview mirror or a lowered Crosstrek if you looked quickly. And out back, the weird inverted C-clamp taillights look like they were looted from the previous generation Honda Civic, which we were finally happy to be rid of.

What you might not realize is that the new Subaru WRX is actually 1.2-inches wider, 2.9-inches longer, and 0.3-inches shorter than the outgoing fifth generation. What you also might not realize is that despite its nigh-identical power numbers, the new ‘Rex actually got a bump in displacement. The new engine is up 0.4-liters for a total of 2.4 for its direct-injected, DOHC flat-4 cylinder Boxer engine which makes a less than exciting 271-horsepower and 258 pound-feet of torque. Now, in a car that weighs just about 3,300 pounds, that sort of power isn’t nothing to shake a stick at, but one of the best things about hearing a new generation of your favorite car coming out is that it usually means a serious power boost. But despite the larger engine, the 2022 WRX makes just three more horsepower and the exact same amount of torque as the car it replaces. Where’s the fun in that? We know the Ascent can crank out 277 pound-feet of torque, so we should at least get that much.

In any event, that power, lackluster as it may be, is then sent through your choice of either a tried-and-true legit 6-speed manual or thrill-sucking CVT automatic transmission, and then its way to Subbie’s famous Rally-inspired all-wheel drive system where Dunlop Sport Max GT 600 A summer tires await to keep that power glued to the road. We jab at the Subbie’s power, but it is still plenty quick. There are not official numbers out yet, but since it weighs nearly exactly the same as the car it replaces, and has almost the identical amount of power, we can probably safety assume that power numbers will closely resemble those from the last generation barring any weird changes in the laws of motion we don’t know about. That means 0-60 mph comes up in 5.5 seconds, the quarter-mile will streak by in 14.0 seconds flat at 99 mph, while scrubbing off that speed back down from 60-0 mph will take just 110 feet. Subaru claims torsional rigidity has been increased by 28 percent while lateral rigidity climbs by 14 percent, so we can probably assume that the skidpad numbers will be slightly north of the previous car’s 0.92 g. The best news is that the base price for this fun-making machine is only about 28 grand, so you will have plenty of money to invest in a good tuner shop.

We will say that the new Subaru WRX does look better to us in certain colors than others, and we should also throw in the requisite cliché that ‘beauty is in the eye of the beholder’, but generally we all know a beauty when we see one. But however you feel about the new WRX, odds are if you’re a fan, you’re going to continue to be a fan. Just like Apple, there may be slight competition from time to time, but over the last twenty years the WRX has proven to be the gold standard of affordable all-wheel drive sports cars, and it’s not really close. 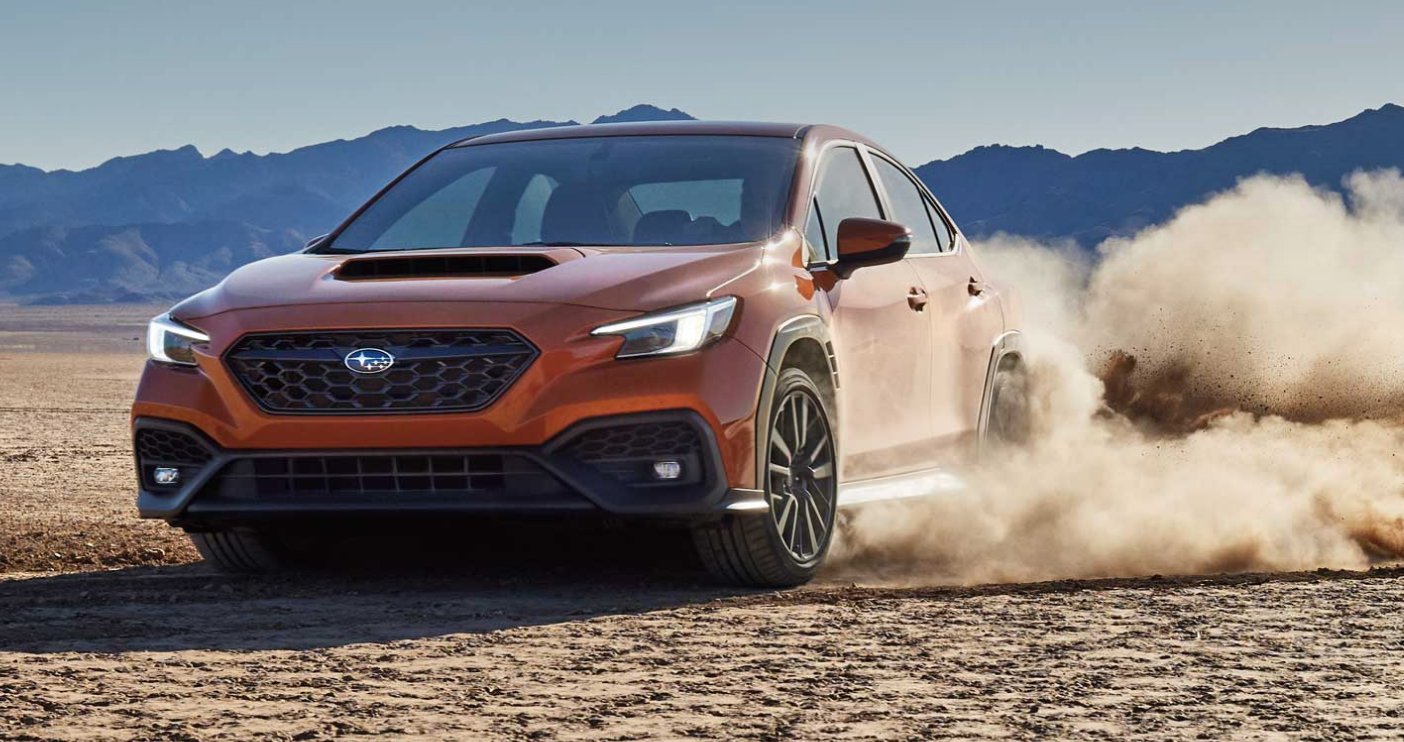