The third-generation Honda Prelude hit the scene in 1988. Though the 1988 Prelude looks similar to its previous iterations it’s a totally different car. Longer, wider and lower—plus Honda’s popular sports coupe had the most powerful engine yet. The Honda Prelude came in three trims in 1988: the base S model, the midrange Si, and the 4WS. The S had a 2.0-liter, 104 horsepower engine. The Si and the 4WS both came with a 2.0-liter, 135-horsepower engine.

I was an advertising sales representative for an automotive magazine in the early 90s and most of my clients were new and used car dealers so picking up cars and using them for a year or so was commonplace. I would usually sell them before they racked up too many miles and move on to the next car. That is how the little 1988 Honda Prelude Si came into my life.

I picked up a 1988 Honda Prelude Si from one of my car dealers. It was traded in with low one-owner miles, triple black, sunroof, pop-up headlights, and full power options. I wished it was a 5-speed but I picked it up right and I am glad I did. My Prelude has all the trademarks of Honda quality, tight fit, perfect paint, and an excellently designed interior that could seat 4 as long as nobody was a basketball player. I soon realized the Preludes power-plant was flawless, reliable, and mighty quick around corners, and powerful enough for some track time. It started each time, never left me stranded. The only thing I had to fix was a CV joint that went bad after the rubber boot was torn by some road debris, but It started every time, never left me stranded.

I was on the road 8+ hours a day in my car and let me tell you that little coupe was fun to drive and made my daily commute a pleasure. Even though the car was small.

Most preludes are good-looking cars but the third generation is my favorite, the revolutionary styling that showed up later in my favorite Honda of all time—The NSX. The prelude was a damn good-looking car back in its day and just fun to drive. Let me repeat myself: just fun to drive. No driver assist crap, no lane departure annoyances, or big infotainment systems— just an AM/FM cassette deck so be ready with your mixtapes and parachute pants.

Honda preludes were discontinued in 2001 and they are considered rare by most car collectors, maybe not as rare as the Honda S2000 but the prices are reasonable even for the 4WS models. Prices can range from $2500 -$16,500 depending on condition and mileage. Because they were very popular with tuners consider yourself lucky to pick up an unmolested specimen—but make sure and do your due diligence and replace the timing belt. Even low mileage car timing belts will deteriorate over time. The consequences of breaking a belt on a Honda don’t bear thinking about. The result will be expensive repairs to the engine’s internals. I’d replace the belt. 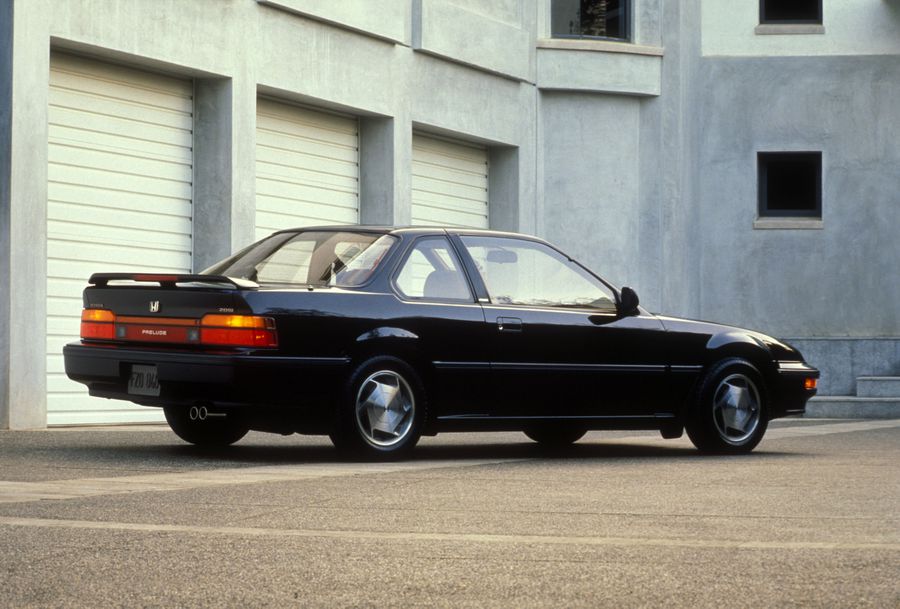