If this was 1938, you’d buy a Ford Flex to ferry well-heeled people from the train station to your snooty lakeside hotel. Back when train travel was a thing, automakers created ‘station wagons’ to transport passengers and their luggage to and from fancy resorts/private estates. And since these wood-bodied wagons had an air of exclusivity, they became popular family transporters from the late-40s through the mid-80s. But tastes change, and we’re now in the era of big crossovers. The Ford Flex, however, can take you and six other people back to a simpler, more luxurious time…

Based on the same FWD/AWD platform as the Ford Taurus and Ford Explorer, the 2009–2016 Ford Flex is a fullsize wagon with room for six to seven people. It’s not pretending to be an SUV, so it’s not jacked up to the sky, and there’s no faux lower body cladding. Instead, designers gave it woody-esque ribs down the side, blacked-out window pillars, and a contrast-colored roof. The box-shaped wagon is willfully stylish, and its low step-in height makes getting in and out a piece of cake.

Despite its boxy shape, the Ford Flex is actually quite aerodynamic, and combined fuel economy averages between 18-20 mpg (FWD/AWD). That low ride height (comparatively speaking) also helps with fuel economy and the ride, which is ‘big car smooth’, yet surprisingly capable in the bends. There’s plenty of big car power too. The standard 3.5L V6 makes 262hp, and 287hp after the 2013 update. The famous twin-turbo 3.5L Ecoboost V6 is also available, and it provides a heady 355hp/365hp (post 2013), which is similar to what an old big block wagon would’ve made. Other 2013 Ford Flex changes include a revised front fascia, a new dash, and new options like Adaptive Cruise Control, automated parallel parking, airbag seatbelts, and power-fold third row seats could now fold backward to form convenient tailgate seats.

Continuing with the big car comfort theme, the Ford Flex can be had with many luxurious amenities. The comfortable front seats can be heated/cooled, and the passenger seat back can even fold flat to increase the already cavernous cargo volume (the back two rows also fold completely flat). The second row can either be a 3-seat bench, or a pair of buckets. Heat is available, and the buckets recline for a supremely comfortable ride (there’s lots of leg room too). You can also find a rear console-mounted refrigerator that has a real-deal 23-degree Freeze Mode. There’s rear DVD screens, individual sunroofs for the second, third, and first row. And you can find of different exterior and interior trim/color schemes.

Even though the Ford Flex is much more car than the similarly engineered/sized Ford Explorer, people seem to prefer the truckishness of the Explorer. For that reason sales were never very good, and Ford discontinue the Flex in 2019. We did some research and found plenty of good low mileage examples in the $17,000-$25,000 range depending on the trim. 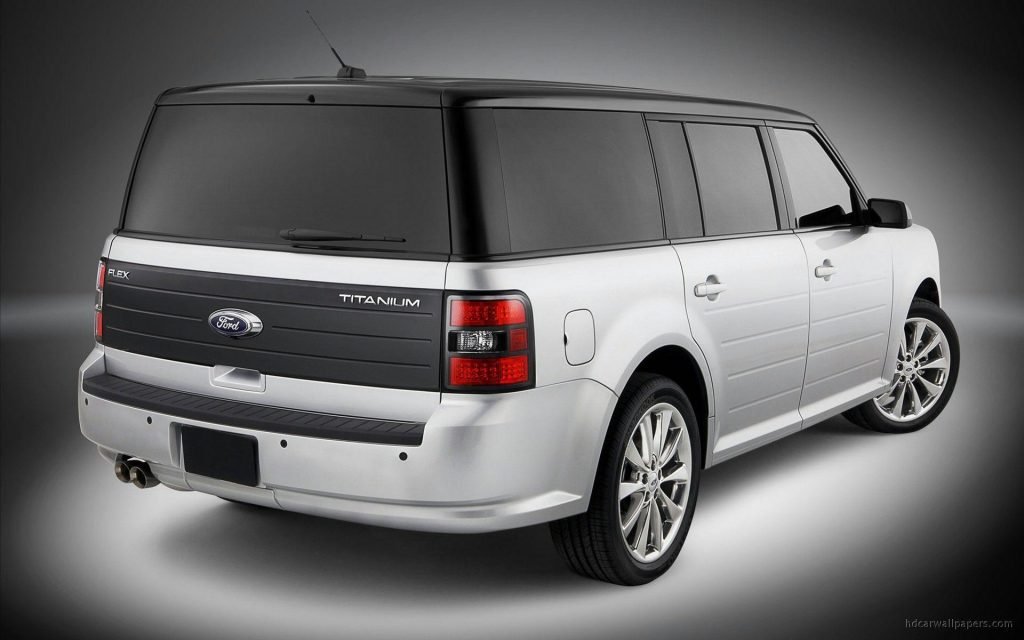