In 1999, Americans were falling madly in love with the SUV. Small ones, big ones, bigger ones. It didn’t matter as long as they looked tough, and sat up real high so mommy could feel important. Earlier in the decade, Isuzu had abandoned efforts to sell cars in the United States, opting instead to base their entire survival on selling SUVs. To bring attention to this novel idea, Isuzu created the VehiCROSS as a sort of technical showcase/halo truck. That’s why they crammed it full of innovative features, made it drive like a sports car, and gave it bodywork that would make anyone happy.

The first thing you notice about the Isuzu VehiCROSS is, obviously, the styling. It looks like a Mars rover from the year 2082. There’s a snake-like front end, thick polypropylene body cladding, and the short little planetary transporter was bedecked with a mish-mash of curves, angles, and protruding corrugated ribs that could make sense only to future humans. Because of the complexity (and production cost) of this design, Isuzu used ceramic dies to stamp the zinc-coated steel body panels. This was cutting-edge manufacturing back in 1997, as ceramic dies took half the time, and half the money, to produce. The problem was they lasted only half as long as a conventional cast-iron die, which is why Isuzu produced less than 6,000 copies of the Isuzu VehiCROSS (approximately 4,153 were imported to the U.S. between 1999–2001).

To back up its moon-buggy looks, the Isuzu VehiCROSS was fitted with all manner of state-of-the-art technology. The fully-independent suspension featured double wishbones and torsion bars in the front, with a four-link setup and coil springs at the rear. All four corners were suspended by monotube shocks, which were made out of aerospace-grade extruded aluminum. This type of racing/motorcycle damper uses an external expansion chamber to cool the hydraulic fluid inside the shock tube, which prevents the damping ability from fading under hard cornering/off-roading maneuvers. Monotube shocks had never been used on an SUV before, and they, along with VehiCROSS’s near-perfect 51/49 weight distribution, allowed this futuristic SUV to corner like a sports car.

Even though the Isuzu VehiCROSS exhibits BMW-like on-road handling, it doesn’t come at the expense of off-road capability. To that end, Isuzu employed the sturdy chassis and 215 hp/230 lb-ft 3.5L DOHC V6 from the SWB 2-door Trooper. This allowed for 8.4 inches of ground clearance, and enough power to handle spirited on/off-road excursions (0–60 happened in around 7.5–7.9 seconds). Putting that power to the ground (through a 4-speed auto only) was a novel automatic 4WD system co-developed with the gear experts at Borg-Warner. It was called Torque-On-Demand, and it could transfer precise amounts of power to the front axle, based on information sent from 12 sensors to the system’s computer. Using innovative 3D mapping, the computer reads things like individual wheel speeds and throttle application, then calculates the likelihood of wheel slip. If traction loss is predicted, the system can shuffle power around to begin correcting for wheel spin, before it even occurs. Of course, the TOD system worked only in 4-Hi. More rugged terrain could be easily dispatched with the low-range transfer case.

The Isuzu VehiCROSS was introduced in the U.S. for the 1999 model year, and it came fitted with a rather steep $28,000 price tag (roughly $40k in today’s money). The price could be justified, given the exclusivity of it. And you did get lots of standard goodies, like leather Recaro buckets and power everything (European/Asian models even got a backup camera with a color dash display).

Today, you can pick up a good condition Isuzu VehiCROSS for between $3k–$10k depending on condition and miles. And that’s a helluva deal, considering the sheer amount of Sport and Utility that’s crammed into this little Sport Utility Vehicle. Owners just loved the VehiCROSS which is why it still has 4.6 ratings on KBB.

If you happen to come across an Ironman Edition, they are extremely rare since just 1,000 examples were scheduled to be built, but history is a little foggy on exactly how many made it off the production line. The Ironman powertrain was untouched but the sportswear car company mashup love child did feature reservoir shocks, a two-inch lift, Yakima roof racks, a two-tone red and black interior, a black hood decal, a better sound system, and of course appropriate Ironman logos throughout. The VehiCROSS is rare, so the chances of you seeing one for sale on the side of the road is very low. But if you do you have to at least consider buying it up for some off-road fun on the weekends. Just like they say on American Pickers, when are you gonna see another one of these again? 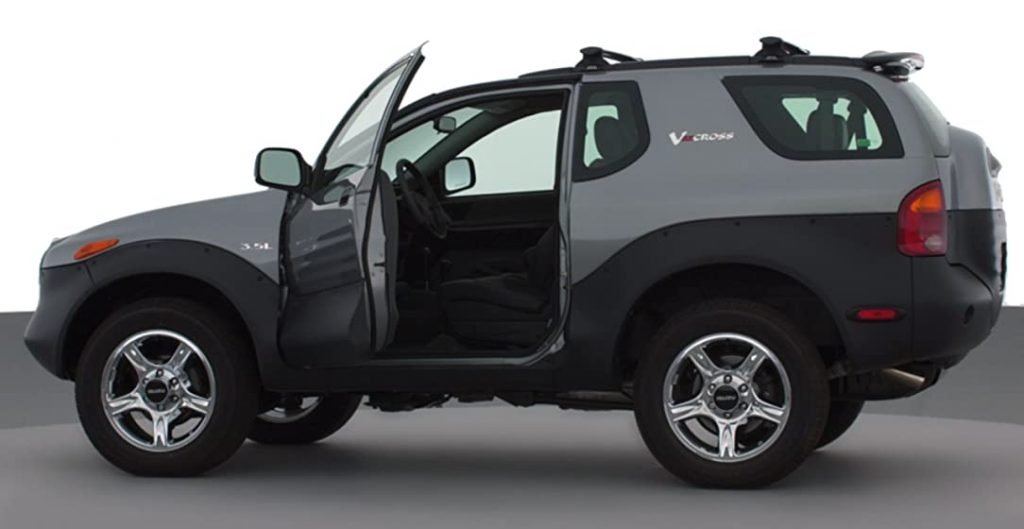 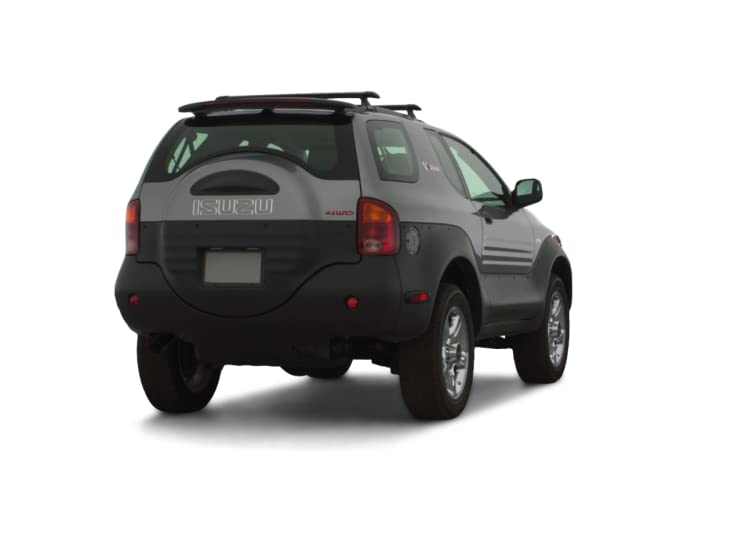