There are a lot of reasons people decide to choose what car they buy. Some of us are practical — good fuel mileage and roomy truck space, while some of us want the safety and security of a competent SUV. Some like the flashy novelty of the latest electric autonomously driving supercomputer with wheels. But when you get right down to it, there are those of us that are simply driving purists. We want the visceral connection that only comes with sitting behind the wheel of a very powerful machine that is just as dialed in to the road as it is to our senses. Throughout history we have been given a few of these types of vehicles, and the latest induction into this club is none other than the 2022 Porsche 911 GT3.

Let’s be clear, the GT2 is the super heavyweight fighter of the 911 lineup — twin-turbos, all-wheel drive and 700 horsepower of ass-kicking excitement. But the Porsche 911 GT3 is more than the just the sum of its parts. The GT3 is a pure driver’s car, it is about the synergistic effect of combining the perfect amounts of power, poise, balance and feedback. Natural aspiration has long been the choice of true driving enthusiasts, and Porsche knows this. That’s why they blessed the GT3 with a 4.0-liter DOHC flat-6 that makes an honest and blistering 502-horsepower and 346 pound-feet of torque. No turbos, no superchargers, just good old homegrown power that screams to an insane 9,000 rpm. That power is then funneled through your choice of either a 7-speed twin-clutch automatic, or the more appropriate choice, which is a traditional 6-speed manual. You’ll notice that the GT3 is down a gear from the pedestrian 911’s 7-speed manual. Engineers decided that the six gears matched more naturally with the powerband, and they were right. That power is then channeled to just the rear wheels, the way it should be.

Combine that power with massive 20-inch front and 21-inch rear wheels shod in just-barely street legal 255/35/20 front and 315/30/R21 rear Michelin Pilot Sport Cup 2 rubber, an all-new double-A-arm multilink front suspension, improved adaptive dampers, an updated multilink rear, wider axles and a rear-axle steering setup, and you have a near-telepathic machine that can deliver driving feedback on a level only exceeded by perhaps a Formula One race car.

Despite not being singularly focused on straight-line performance, the Porsche 911 GT3 scorches from 0-60 mph in a scant 2.7 seconds, through the quarter mile in a scorching 10.7 seconds on its way to a ridiculous top speed of 198 mph. But again, the GT3 isn’t just about straight line performance. This is a true track car, and as such, it can handle its taillights off. How does a organ-shifting 1.15 g around the skidpad sound? And not only that, but scrubbing off speed takes a mere 93 feet to go from 60 – 0 mph. It should also be noted that in an automotive world that sees constantly inflating curb weight numbers due to increasing safety precautions and crumple zones, the fact that the GT3 checks in at just 3,213 pounds is amazing. And what’s more amazing is that this GT3 is actually 34 pounds lighter than its predecessor.

Now, to own one of the most impressive driver’s cars of all time, it will cost you. Base price for this beast is $162,350, and can eclipse the 200k mark with enough options tacked on. But then, what is the price of happiness? Because sure, you can buy a fleet of Toyota Corollas for the price of just one Porsche 911 GT3, but unless getting great fuel economy sets you ablaze inside, there is no comparison to a car like this. And if you doubt it, go and test drive one, and see what it feels like to hit the perfect downshift to power into a wide open back straightaway while the flat six behind you is wailing at 9,000 rpm. Then, and only then, will you understand why we purists love driving quite so much. 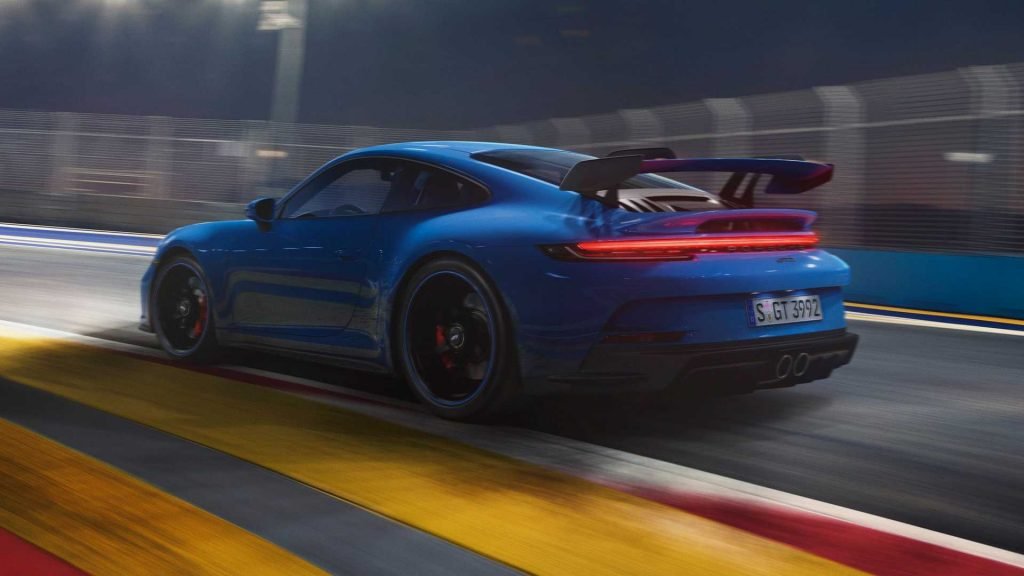