The 2017 Chrysler Pacifica — Sometimes, it is better to be lucky than good. We’ve all heard that in one area or another, whether it’s sports, testing, or battle. But that same saying goes for car companies as well. You don’t always have to have the best swing to hit a home run, sometimes, all you need to do is swing at the right time. When Chrysler decided to introduce the world to the concept of the “Minivan”, it came at such a perfect time in history that it’s almost uncanny. In 1984, the last of the world’s Baby Boomer population was just reaching family-raising age and all of those millions upon millions had a brand new way to haul their budding families to and from school, soccer practice, and the in-laws for the holidays. Fast forward thirty years and the minivan is still going strong. There have been dozens and dozens of competitors to the minivan, including, other minivans like the Honda Odyssey, Toyota Sienna, and the Kia Sedona. But the original creator is still innovating and still at the top of their game.

To put it mildly, the Chrysler Pacifica has just about everything both kids and parents could hope for short of a merry-go-round or a full-sized pony. If you fold down the Stow ’n Go second-row seats and employ the foldaway third-row seats, you’ll have access to 141 cubic feet of storage space, and Chrysler claims you can somehow mess around and have anyone of 243 different seating positions. Those big captain chairs up front are extremely comfortable, heated, and ventilated, while the second row is also heated, so no one is fighting for shotgun in January. For the kids, there is the optional Uconnect Theater system, which employs a dual-screen that has a Blu-ray player, a USB video input, an HDMI input, or Bluetooth. There is also an optional airplane-like 10.1-inch seat back-mounted HD touchscreen that has nine built-in games and helps passengers use their smartphones, tablets, or VR goggles a viable option for obliviously letting the miles roll by.

For the adults of the group, the Chrysler Pacifica has a host of fun features. There is a built-in vacuum cleaner to help with… everything. Dual power sliding doors and a power rear door help getting kids and stuff into and out of the Pacifica. There is also an active noise-canceling system that works with the new rigid steel structure to make the Pacifica the quietest minivan in its class, which helps kids stay asleep and allows parents to wake them by blasting their old Backstreet Boys, N’Sync, Third Eye Blind, or Goo Goo Dolls in peace. Also helping out mom and dad are a whole host of safety features that keep a lookout even while you’re dodging flying rattles and pacifying screaming babies. Adaptive Cruise Control with Stop and Go technology, Parksense Rear Park Assist with Stop and Rear Crosspatch Detection, a 360-degree camera system, as well as Forward Collision Warning and Lane Departure Warning all serve as an extra set of eyes, ears, feet, and hands when the driver is otherwise preoccupied with any number of emergency parental duties that come up at just the wrong time.

Getting a somewhat portly 4,557-pound van up and going is no easy task. Then add in groceries, dogs, kids, and all of their requisite gear and accouterments and you have something akin to a small bus traveling down the interstate. So Chrysler went back to its factory parts bin and brought out the very familiar company motor, the Pentastar V6, that powers a multitude of other Chrysler company cars and trucks. For those who aren’t familiar with the Chrysler lineup, the Pentastar is a 3.6-liter DOHC V6 that produces a very respectable 287 horsepower and 262 pound-feet of torque. Though the V6 can make a decent amount of power, it does have to work its tailpipe off to get the big Pacifica up and moving. That power is routed through a 9-speed automatic that has also made the rounds in the Chrysler lineup.

All things considered, the Chrysler Pacifica can hustle pretty well. 0–60 mph takes only 7.3 seconds, through the quarter-mile in 15.8 seconds @ 91 mph, and 0–100 mph (if you need to go that fast in a car this big for some reason) takes 20.2 seconds and has a top speed of 112 mph, just in case you’re running really late to pick up the kids at school. The Pacifica can rein in all that speed to brake from 70–0 mph in a reasonable 177 feet and can handle its way around the skidpad to the tune of 0.83 g, which isn’t too shabby considering the Pacifica has the stature of a rhinoceros. Gas mileage comes in at 18/28 city/highway mpg, which is about what we would expect.

There are five different models to choose from if you opt to own one of these fabulous family haulers. The base LX can be picked up at a reasonable $15,595-$17,500 and then the price soars on up to a lofty $27,495 for the high-end Limited with good mileage. That may seem like a steep asking price, but, because you are essentially getting quite literally, a mobile home… suddenly that money doesn’t quite seem so insane. And for budding families, perhaps there is room in the budget for only one major family car, so why not make it a car, or minivan, that can provide just about everything a family might need for transportation. Of course, those more performance-oriented moms and dads might balk at the idea of touring around in a minivan, but then you could always tell the kids to pay their own way through college because daddy needs a ZO6. The minivan has been around for thirty-plus years and is still going strong. The Chrysler Pacifica has taken the torch it has been passed from its predecessors and is running strong, showing the world that the originator of the idea is still an innovator, and a leader, in the class is created. And, just maybe, the success of the minivan wasn’t just luck after all. 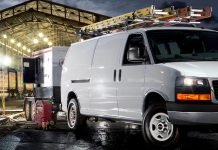