2021 Honda CR-V — There are some traits that just make greatness. Tom Brady has seven championship rings, and still continues to obsess and try to get better even though he’s already the best of all time. Michael Jordan had won five championship rings and in his final season with the Chicago Bulls, found the tenacity and fire to motivate a team that had already won back to back titles to a then-record 72-10 win season, along with that sixth ring. The car market is much the same. Honda has been at the forefront of the sales fight in a number of categories for decades. The 2021 Honda CR-V, while not being as exciting as watching Jordan hit a game winning shot against the Jazz, or watching Tom Brady drive down the field to help win the Super Bowl against the Rams, has continued to scratch and claw its way up the ladder of self-improvement, and the 2021 version is proof of just that.

The 2021 Honda CR-V styling has improved significantly since its inception, now sporting much more fluid and flowing lines, a staunch muscular profile and a very BMW-esq rear end. Inside, the Honda has tons of storage space for valuables, cell phones, and drinks of all kinds. The cockpit is snug without being claustrophobic, and although we don’t love the dash-mounted shifter, in this CR-V, it works nicely somehow. The infotainment system, while sometimes unnecessarily difficult to navigate, does an admirable job of maintaining control of all the important systems.

Power comes from a diminutive, but powerful 1.5-liter DOHC turbocharged inline-4 cylinder engine that makes a reasonable 190-horsepower and 179 pound-feet of torque. That power is then routed through a continuously variable automatic transmission, which under other circumstances (read other car companies), has been something of a detriment to the driving experience. But again, somehow in the 2021 Honda CR-V, it just works in perfect harmony with the rest of the drivetrain. That power then gets routed through an exceptional all-wheel drive system to make for a very competent all-season commuter.

Despite weighing in at 3,521 pounds (split 58/42% front/rear bias), the 2021 Honda CR-V manages to scamper from 0-60 mph in 7.8 seconds and through the quarter mile in 16.1 seconds at 86.5 mph. Lateral acceleration checks in at a respectable 0.83 g around the skidpad, and braking from 60-0 mph takes 119 feet. Of course, most people aren’t buying their CR-V to drag race or whip around the road course, but onramp entrances, passing power and being able to turn around corners without tipping over are all important aspects of day-to-day driving. Thanks to that small gas-sipping motor, the CR-V manages to post a 27/32/29 city/highway/combined mpg.

The 2021 Honda CR-V is a wonderful example of synergy. On their own, the individual parts – engine, transmission, suspension and interior aren’t all that exciting. But, when all these things are combined, they seem to become more than just the sum of those parts. The ride is tried and true on city streets as well as stretching out its legs on the highways and byways. Thankfully, the sum of those parts doesn’t come at a premium price. The base price of the CR-V is just $36,325.

Just like Brady and Jordan, Honda continues to try and improve what some might already call a top notch model. But despite its sales accolades and continued market dominance in the compact SUV market, Honda just keeps obsessively tuning and tweaking and refining the Honda CR-V year after year, and when it comes to that level of all-consuming compulsion to succeed, it’s no wonder that Honda will end up as an all-time hall of famer in the automotive world. 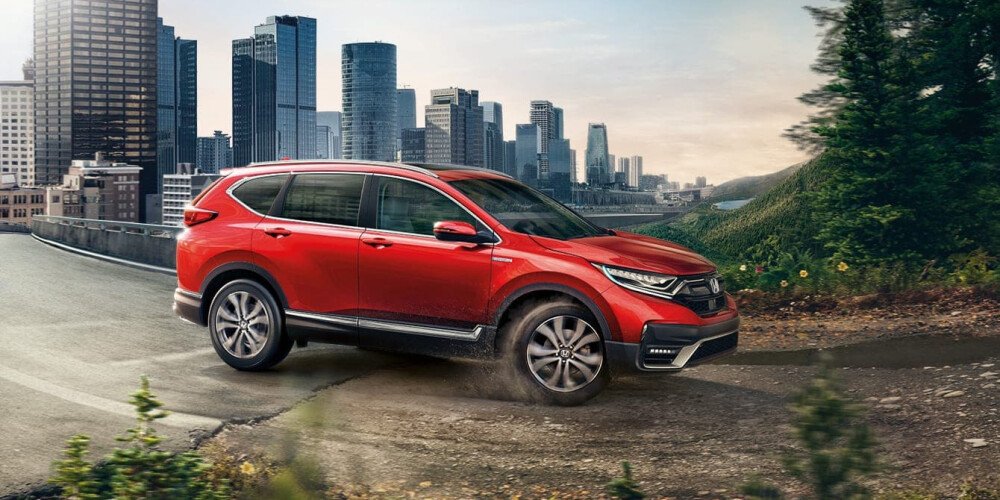