The 2005–2009 Subaru Outback is a station wagon that’s like an SUV that’s pretending to be a luxury car. Or put it another way, it’s a cross-dressing mountain goat that thinks it’s an opera singer. But if you live in a place that has a lot of snow, rain, or muddy dirt roads, this automotive contradiction is a great little SUV, wagon, crossover or whatever…

If you live in Seattle or Denver, you want to look good as you’re drudging your way to Starbucks, or the pot store. There are certainly more ostentatious modes of 4WD travel, but Fuji Heavy Industries’ off-road station wagon has somehow found a cult-like following in these markets. They sell a staggering 100k+ per year, in just Washington, Colorado, and Maine. And it’s no wonder, considering their tremendously capable Symmetrical AWD, and bulletproof boxer engines.

The 2005–2009 Subaru Outback is designed to look as capable as it is. The lower half of the body wears thick plastic cladding, which comes in single or two-tone. We’re not sure how well it protects the lower half of the body, but it’s not like you’re going to be driving up the side of a mountain a Subaru. You can, however, tackle most moderate (state park) trails and snowdrifts, thanks to the generous 8.4–8.7 inches of ground clearance, and the innovative AWD systems. And speaking of all-wheel drive, the 2005–2009 Subaru Outback can be found with one of three Symmetrical AWD systems, depending on the drivetrain.

The manual-shift 168hp/166 lb-ft (yawn) 2005–2009 Subaru Outback 2.5i comes with a mechanical center differential that splits power between the axles 50:50, under normal driving conditions. Automatic versions get an electronic Active AWD system that sends 90% power to the front wheels until slippage is detected. The 2005–2009 Subaru Outback XT gets a detuned Subaru WRX turbo-4 (250hp/250 lb-ft), with a more advanced system (when equipped with the 5-speed auto) called VTD—Variable Torque Distribution. The 6-cyl, 250hp/216 lb-ft 2005–2009 Subaru Outback H6 also gets the same system, which splits power 45:55, to provide a more “entertaining” driving experience.

Technical jargon aside, the 2005–2009 Subaru Outback can tackle nearly any road condition that you’re likely to encounter. And it does it with a modicum of civility. Sure, the optional leather upholstery feels rather ‘industrial’, and the wood/metal trim is, of course, fake. But it feels sturdy, and rugged, which is kinda the point. It knows it’s not a luxury car, but when you’re plowing down an un-plowed road, you won’t care. Because Subie, the cross-dressing mountain goat, will get you to the Starbucks/pot store. 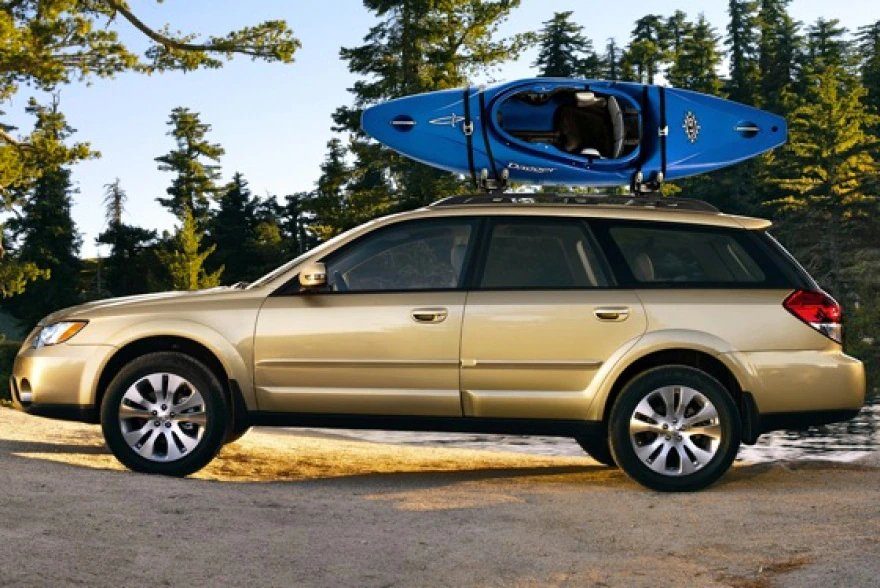