2019 Honda Civic — When we hear about mass transportation, typically we all think the same way. The usual suspects right? Bus, train, subway, maybe ferry or airline on the fringe end of things. Either way, it is the idea of moving a whole mess of people from one place to another. Another universal characteristic associated with mass transportation is that most of us would rather not use it if we didn’t have to. Sitting in close proximity to strangers who are usually also stressed out during rush out ranks right up there with a passing a kidney stone in terms of daily excitement. But we do it why? Because it’s cheaper than the alternative.

But in the last few decades, we’ve come to see that entry level automobiles are not only becoming pretty fancy compared to days gone by, but also more affordable than ever. And when it comes to a car like the Honda Civic, one look at the sales numbers will tell you that this transporter moves masses enough to rival Delta.

Specially looking at the 2019 Honda Civic Touring Edition, it becomes evident very quickly why this car is so popular. The base price of just $28,220 is a good starting point. The stylish front and rear design help it not look like a “cheap” car by any means. That same feel is brought inside as well. The 7.0-inch touchscreen infotainment center is the first thing that will catch your eye. Later you’ll notice that the interface is extremely intuitive and both Apple CarPlay and Android Auto sync up to this system with ease, especially compared to some of its competitors. The center console will also take a minute to notice, but it is spacious enough to hold iPads (plural) and versatile enough to use to store all kinds of road trip necessities.

If that trip is going to take a while, another nice design perk is that although the Honda Civic  Touring actually has a shorter wheelbase than some of its competitors (like the Mazda3 for example), it actually has more interior room and trunk space, thanks to some ingenuity on the part of Honda’s engineers. Another big plus is that the Honda Civic Touring Edition has a power driver and passenger seat, and even has heated rear seats. Heated front seats on an entry level car were a pipe dream only a few short years ago, and now heated rear seats are being offered … the world has changed since some of us got our driver’s licenses.

The Honda Civic Touring Edition is powered by Honda’s DOHC all-aluminum turbocharged 1.5-liter inline-4 that makes a very respectable 174-horsepower and 162 lb-ft of torque. That power is funneled through a continuously variable automatic transmission and then routed to the front wheels. Although its weighs in at 2,956 pounds, this little Civic hustles from 0-60 mph in 7.0 seconds flat, and through the quarter mile in 15.4 seconds at 90.8 mph. Braking back down from 60-0 mph takes only 115 feet and it even manages to post a very impressive 0.90 g around the skid pad. Still not impressed? How about the Civic’s performance at the pump? How does 30/38/33 city/highway/combined mpg sound? Pretty good to us.

Further proof that entry level cars are vastly more than they used to be can be seen in the Civic’s five star safety rating. That in no small part comes thanks to things like adaptive cruise control, autonomous emergency braking, forward collision warning, lane keep assist, automatic high beams, as well as lane departure warning and road departure mitigation and let us not forget the six total airbags around the cabin.

When you get right down to it, it’s pretty easy to see why people prefer cars over buses and trains. And with the 2019 Honda Civic Touring, it has become even more affordable to ride in style. With a package of styling and safety such as it has, this car is going to sell very well, and we might just have to redefine what mass transportation really means. 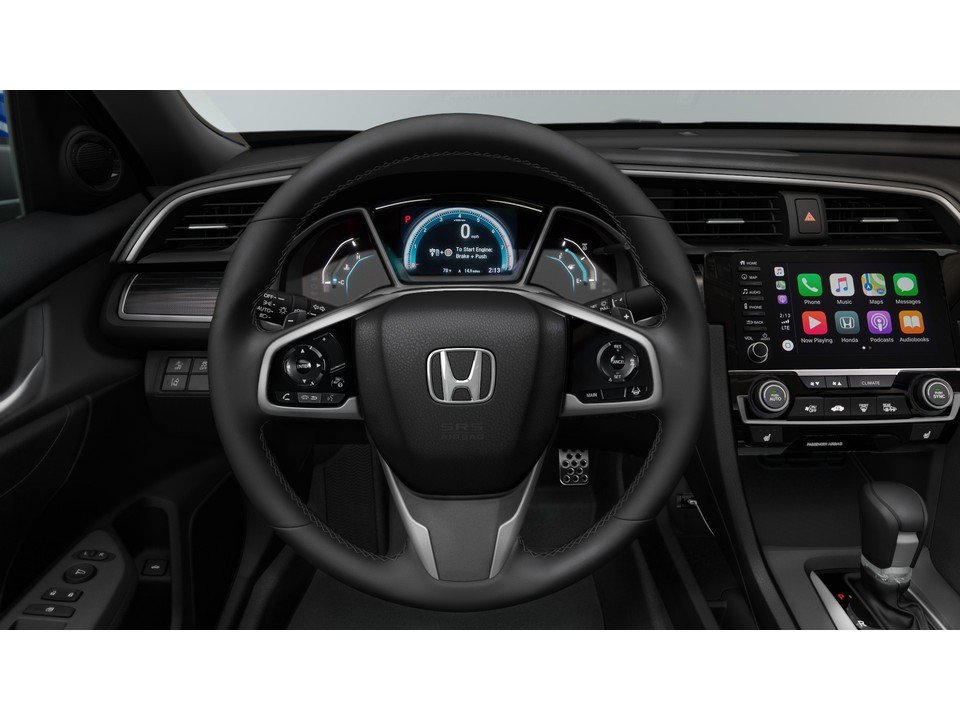 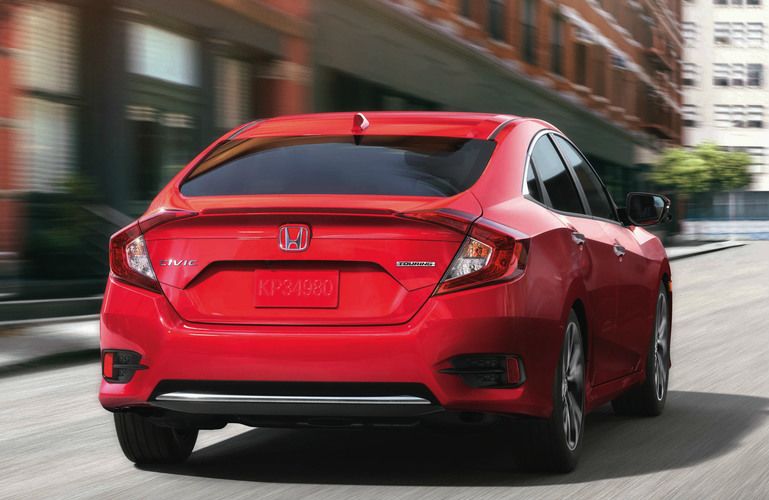