2019 Mazda6 Signature Edition — Life is full of choices. Some are big, like the decision to go to college or not, when should I move out of my parent’s house, when should I move back into my parent’s house, what kind of job do I want to pursue, or should I get a dog or not? Some are smaller, like asking yourself if you want a box of Cookie Crisp or Cocoa Puffs for breakfast next week, or should I wear the black shoes or the brown shoes, or do I want to meet the guys for happy hour today. And then, some choices fall in the middle. Sometimes they’re easy, sometimes they’re hard, but mostly they’re somewhere in between.

The choice to buy your first new car when you have a budding or soon-to-be family can seem like a big decision at first. A new car is a big investment, and with family, everything matters. But then, once you’ve made the decision to purchase a car, the type of car doesn’t seem quite so life-altering, and with all these questions, the car conundrum falls into that murky middle ground.

The 2019 Mazda6 Signature Edition may have just made that decision go from mildly difficult, to stupidly easy. The new update for this year is a much-welcomed one. The big change is under the hood, and not a moment too soon. The only option up to this point had been a lackluster 2.5-liter naturally aspirated inline four, which, putting it nicely, felt anemic lugging around 3,545 pounds of what was supposed to be a “sports sedan”. With the NA motor, Mazda was half right with that description. However, the new motor is still a DOHC 2.5-liter inline-four, but this one has a turbocharger, which makes all the difference. Pumping out a stellar 250-horsepower at 5,000 rpm and an even more impressive 310 lb-ft of torque at a crazy low 2,000 rpm, the new Mazda6 feels like it just goes and goes and goes in any gear with almost no perceptible lag whatsoever. That engine is mated to a six-speed automatic transmission (the manual is no longer available), and power gets routed to the front wheels only.

Outside, the 6 gets a mild facelift with a larger front grille that has a cool lip spoiler beneath it, while the hood has been a bit more squared off to give it a more aggressive look. Outback, the updated rear fascia has taillights that still retain their Mazda heritage, but get overall gets a slightly cleaner look. While inside, the Mazda6 retains a relatively Spartan look, complimented by a large digital gauge display front and center of the driver, and a infotainment/nav screen center mount on the dash. Below that is a very intuitive HVAC control setup that has a noticeable feet of quality to it. The seats are firm, yet comfortable enough for long distance, making the 6 a very versatile machine.

Out on the track that turbocharged motor helps the Mazda hustle from 0-60 mph in a respectable 6.4 seconds and through the quarter mile in 15.0 seconds flat at 93 mph. Around the skidpad the Mazda posts a reasonable 0.84g and stops back down from 60-0 mph in 127 feet. Obviously, the Mazda isn’t going to be confused for a BMW M5, but when it comes to entry level family haulers, this one has just enough to keep things interesting. At the pump though, the Mazda will blow away the big, bad, Bimmer with a fuel economy rating of 23/34/27 city/highway/combined mpg. Oh, and with a base price of $35,540 you could get get three Mazdas for the price of one of those M cars. No most people shopping for an M5 probably won’t be perusing a Mazda dealership, but some of those Alfa Romeo Giulia or Infiniti Q50 shoppers might just wander over and find out that they can afford a very reasonable facsimile.

So while the choice to buy your first new car for the family might seem like big one at first, the Mazda6 Signature Edition may have just made things quite a bit easier for you. Now, you can focus on more important matters, like Cinnamon Toast Crunch vs. Trix. 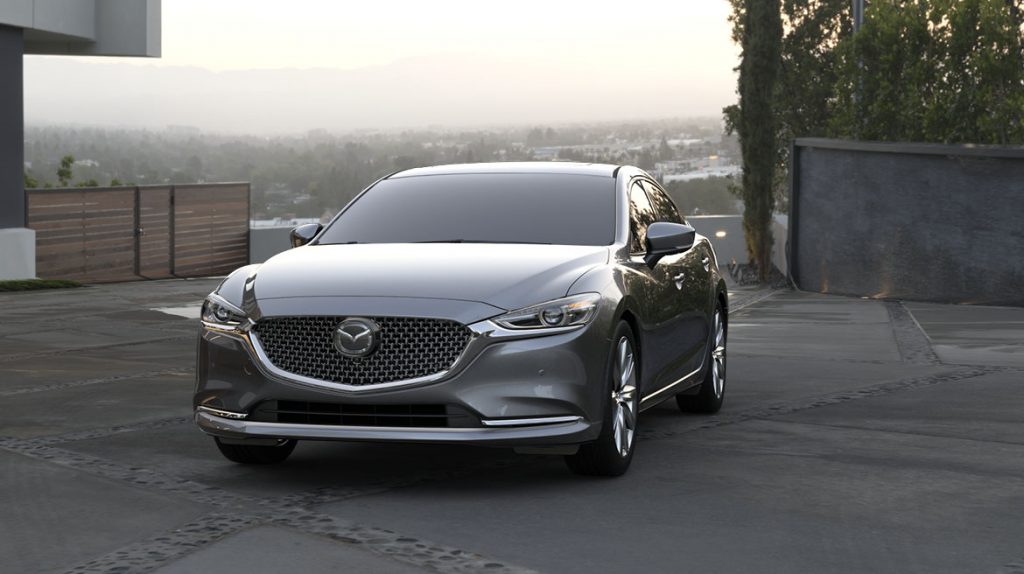