Porsche Cayman GT4 — For so many of us, when it comes to things we love, oftentimes it’s hard to admit when something better comes along. This happens in all walks of life — when smart phones first came out, there were plenty of hangers-on that complained that the iPhone was hard to use and didn’t keep a charge (a good point there) and they hopeless clung on to their old Razr flip phones until finally seeing the light. It’s been two decades of dominance for Tom Brady in the NFL and despite having more rings than any one player ever, there are still plenty of naysayers that will tell you Joe Montana is still number one, even though all the measurable stats are in Brady’s favor. Sometimes, letting go of an idea is hard. Sometimes it’s impossible.

Porsche fanatics are coming to a crossroads very quickly. You see, the 911 model has long been the quintessential sports car for about the last half century. If you don’t like the Corvette, you love the 911. That’s how it’s been, and you’ll be hard pressed to talk any Porsche-o-phile out of that ideology. However … the 911 does have some intrinsic flaws, and instead of messing with the golden recipe that has made the 911 the stuff of legends, Porsche opted to create a new model with all their knowledge advancements that couldn’t make it into their flagship, and in the process of doing so, might have accidentally created a much, much better car than their heroic 911. Enter, the Porsche Cayman. More specifically, enter the newest generation of Cayman, the 2020 Cayman GT4.

The Cayman has always been one of the purest sports cars ever created, and the GT4 just takes that mantle and ratchets things up a new pegs. For starters, aesthetically, the front end gets a bit more aggressive with larger air inlets and a front diffuser. Out back, the diffuser theme continues, and will probably ruffle some feathers because the trademark center mount exhaust has been replaced by a dual exhaust tip setup. Why such sacrilege? The same ‘why’ that has driven (pun intended) Porsche to change anything: performance. The dual outlets make room for the central venturi in the diffuser, which helps the redesigned rear wing translate into 20 percent more downforce than before. That’s a whopping 26 pounds more than the last Cayman at 124 mph, and 268 pounds of downforce at 188 mph … which means, you can go 188 mph in a Cayman.

Of course, rocketing to nearly 200 mph takes more than just a firm planting of tires on the tarmac … it takes power too. And the 2020 GT4 has it in spades. The crown jewel of the new Cayman is its brand new 4.0-liter naturally aspirated flat-six engine. That’s right, no supercharger, no turbochargers, no hybrid nonsense. Just pure Porsche engineering. A high-strength forged crank match up with new connecting rods, new cylinder heads that feature piezo injectors centrally mounted in the combustion chambers all form up like the Power Rangers to unit into an butt-kicking 414-horsepower at 7,600 rpm and 309 lb-ft of torque. You might notice that that torque peak is the same as the outgoing model, and you’d be right. But what you don’t see is that the GT4’s torque curve is much more linear from 2,250 rpm up to 5000 rpm which helps keep things a little calmer behind the wheel when you’re racing around a track. That power is then funneled through a traditional (and wonderful) six-speed manual transmission that should give shifting lessons to every manual transmission car on the planet. Wait a few months and you will also see the PDK auto transmission being offered as well, which can shift faster than any human ever could, but where’s the fun in that? Unless you’re going for all-out best lap time, which would also mean you might opt for the carbon-ceramic brakes, sport seats, and Club Sport package which will get you a roll-cage, fire extinguisher, and six point racing harness.

The Cayman GT4 sprints from 0-60 mph in just 4.1 seconds, 0-100 mph in just 8.8 seconds and through the quarter mile in 12.2 seconds with that aforementioned top speed of 188 blistering mph. Of course to those paying attention, those numbers aren’t exceptionally faster than the the previous gen model, but the GT4 is not built to be a drag racer, it’s built to be a track car. And out on the famous Nurburgring Nordschleife — the proving grounds for all cars that want to be thought of as ‘sporty’, the new GT4 smokes its predecessor by 12 full seconds, and the PDK version is about seven seconds faster than that. ‘Nuff said.

So while we all like to reminisce about Joe Cool throwing to Jerry Rice to win his fourth Super Bowl, cling lovingly to our long-lost T9 texting, and hold the mighty 911 as ruler (or co-ruler for Vette fans) of sports cars , it seems that the GT4 may have just proven that sometimes, when something better comes along, you eventually will have to learn to accept it. Sure, there is some sadness there, as is when any torch is passed, but one rip to 8,000 rpm in the Cayman GT4, and you will be smiling in no time. 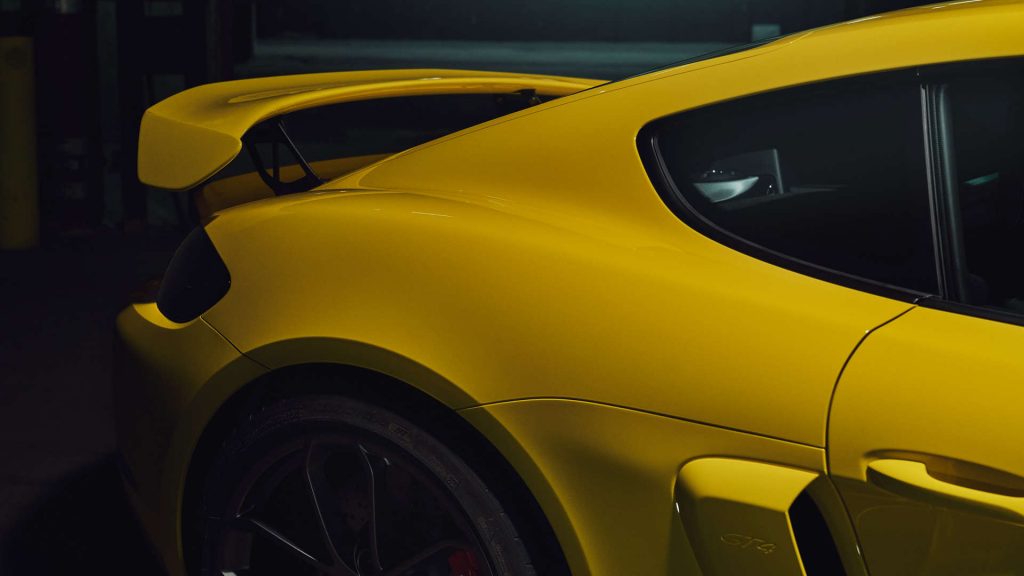 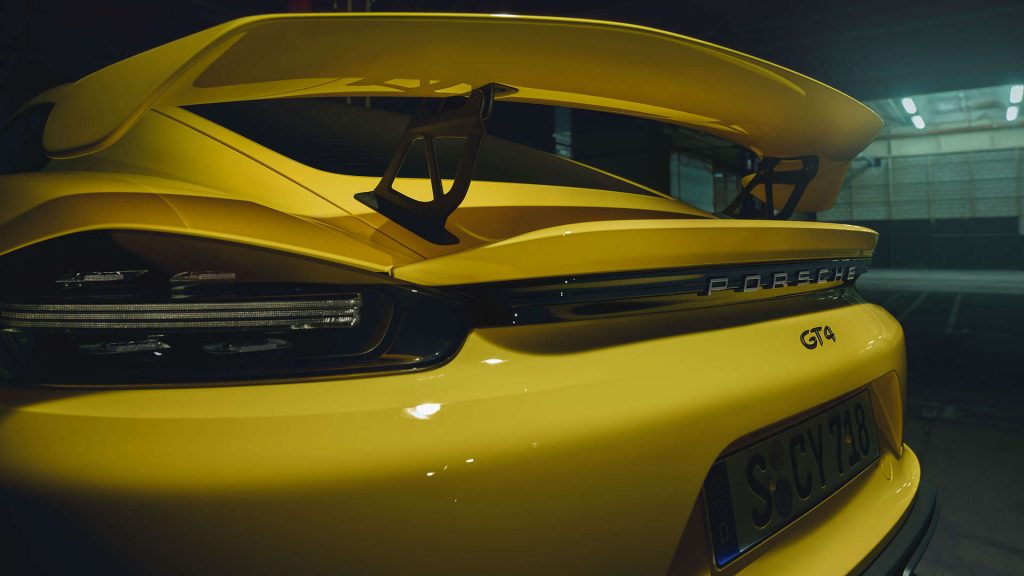 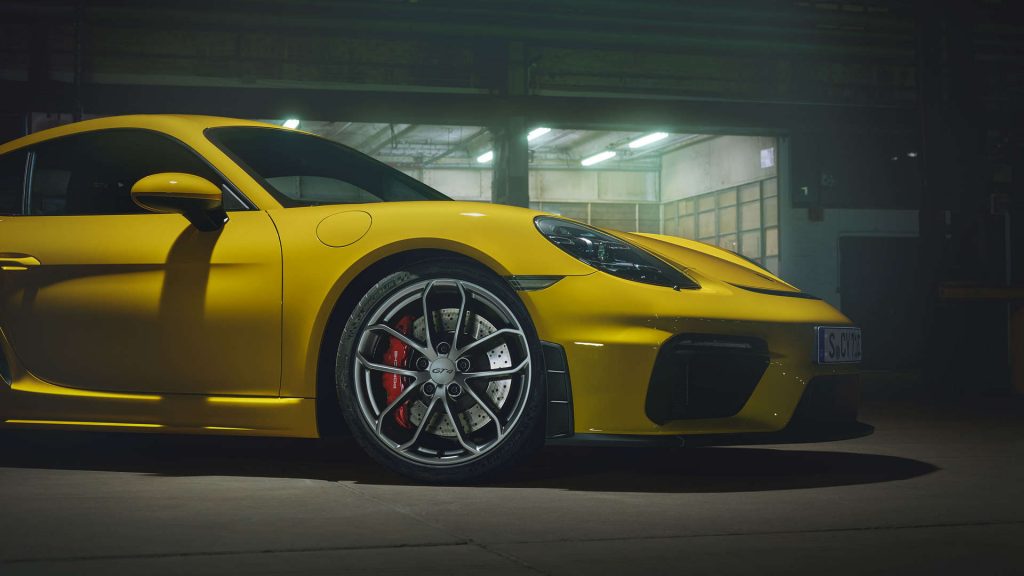