The Ford Taurus SHO — When does a great sedan become one of the sweetest running, pure fun, superb sounding sports sedan? The answer is when you combine a great ridged chassis with one of the finest motors ever produced for an American car. The end result is the Ford Taurus SHO.

Back in 1996, the Ford Taurus was America’s favorite midsize sedan. Everybody had to have one, from mothers and carpet salesmen to government agencies and rental fleets. They tried to make it look futuristic with lots of circles and swoops. Then they tried to make it fast by shoving a V8 under the hood. Now you’re probably thinking, “Wait, it’s FWD, won’t it torque steer and understeer?”, and you’d be right. But in 1996, everything was front-wheel drive, and the V8-powered Ford Taurus SHO was a rocketship.

When the first Ford Taurus SHO was introduced in 1989, there weren’t many midsize sport sedans on the market. By the mid-90s, the competition had increased exponentially, so Ford went all-in on its third generation Sleeper Special. They ditched the Yamaha V6 in favor of an all-aluminum 3.4L V8… also built by Yamaha. The new engine had four cams and 32 valves, half of which open above 3,000 rpm, giving it VTEC-like response at high rpm. At full tilt, this throaty little mill pumps out 235 hp, which is enough grunt to hustle this family car to 60 mph in 7.5 seconds. Although that’s pretty impressive by today’s standards, you can easily increase the horsepower by modifying the intake and exhaust system.

To keep this Super High Output Taurus under control, Ford gave it bigger front brakes, a specially calibrated ZF steering rack, and a rather novel (for the time) active suspension, which could instantly adjust the firmness of each damper, based on the input from individual wheel sensors. The ride is a bit on the firm side, but body-roll and weight transfer were well controlled. Under full acceleration from a stop, you can feel what engineers call torque steer, a slight pull to the left or right. You won’t feel it unless you hammer the accelerator from a dead stop. It’s not dangerous, but it gives the SHO a slightly unrefined feeling. But, overall, the handling was surprisingly good.

Word of Warning: The 3.4L V8 is known for early failure, due to the camshaft separating from its sprocket. In order to prevent this from happening, the camshaft needs to be either welded or pinned. If you’re considering a 1996–1999 Ford Taurus SHO, ask if the repair has been done, then have a mechanic remove the valve covers and verify the repair.

Even though the Gen III Ford Taurus SHO was the most advanced version ever made, the Japanese and German competition was insurmountable. As a result, just over 20,000 were built between 1996–1999, which might make it a future collectible. Meantime, this Cheap Thrill will only cost you $1,800–$5,000 depending on mileage and condition. 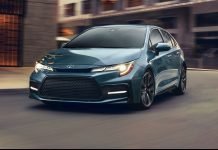 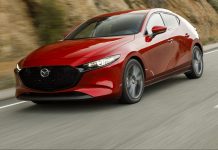 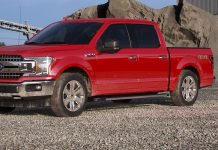 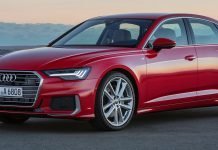