Anti-aging zealots tell us that 50 is the new 40, thanks to modern healthcare and the growing focus on physical fitness. Some of us who have lived past the mid-century mark would beg to differ. When it comes to hybrid cars, however, the maxim is undeniable. The quest to squeeze as much economy as possible out of every drop of fuel has made the once impressive 40 MPG milestone yesterday’s news. The bare minimum for today’s fuel-sipping econo-machines is 50 miles per gallon. Anything less and you might as well drive an 18 wheeler.

That brings us to this week’s showcase vehicle, the 2019 Insight, which is light years ahead of its original incarnation. Honda debuted its original ultra-gas saver way back in 1999, when cell phones had antennas and AOL had 15 million subscribers. Times have changed since then, and the new Insight reflects these differences.The original auto was essentially a battery powered roller skate, with miniscule back seat area and absurd-looking wraparounds for the rear wheels. Those who drove these rickety contraptions were more concerned about saving the planet than about looking cool while cruising the strip. 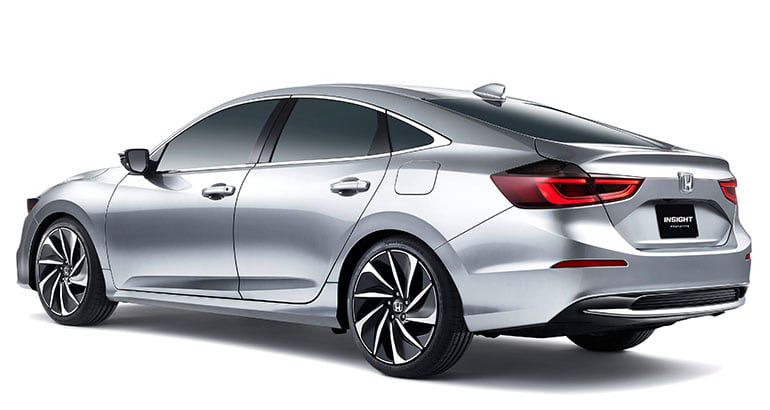 The reimagined Insight is as far from its predecessor as Einstein was above an amoeba, with standard sedan configuration that can take four adults from point A to point B in a reasonable degree of comfort. Honda placed the batteries beneath the rear seats this time around, boosting the storage space and making the layout appear more conventional. It also streamlined the exterior, used conventional wheel patterns, and, in general, did everything possible to disguise the Insight’s status as an ecologically sensitive means of conveyance.

The Insight’s powerplant is a 1.5 Atkinson-style engine that uses reduced compression strokes as an energy-saving innovation. As with other hybrids, the gasoline motor charges the battery, in this case a high-performance lithium-ion design, which in turn drives the car forward. Honda is keeping performance details under wraps for now, though we know that the combined economy rating is just a hair above the aforementioned 50 MPG threshold, not bad for a car that actually looks like a car. For comparison, the current Prius liftback averages 56 MPG. 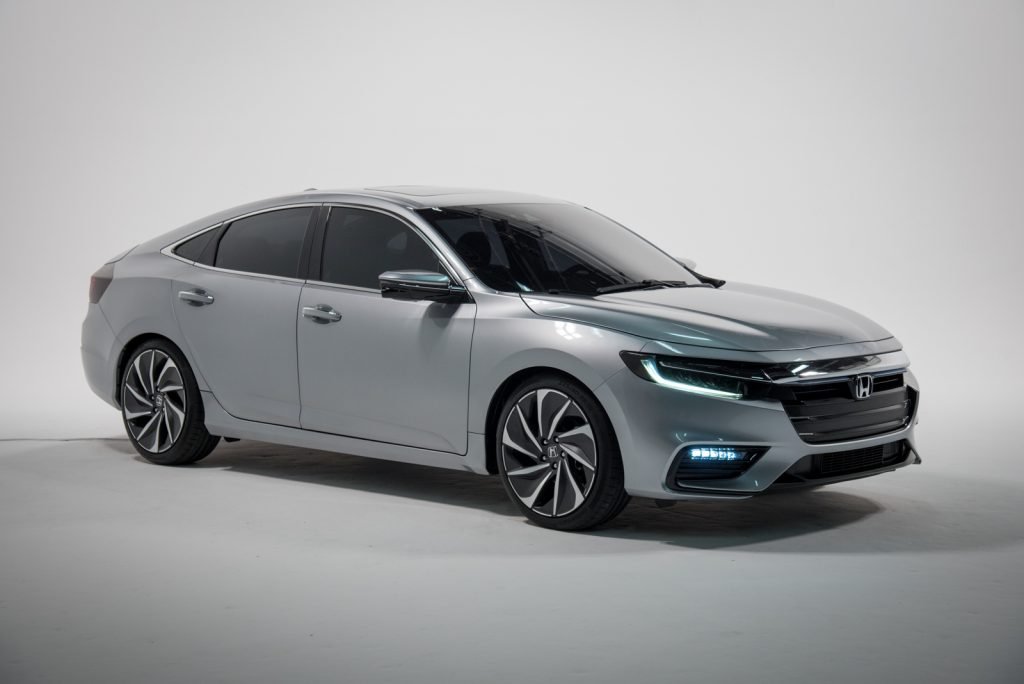 A vehicle using cutting-edge engine technology should offer advanced entertainment and information options as well. The Insight performs admirably in this regard, boasting an eight inch app screen with available Apple Carplay or Android Auto. Owners will receive software updates via wi-fi.

Honda is also including a suite of anti-crash features collectively known as Honda Sense. The Insight can detect when it’s swerving out of its designated lane or when another vehicle is coming dangerously close. The cruise control system has a low-speed feature designed to prevent fender benders.

The new Insight made its grand debut at the Detroit auto show in January. Reviews were generally positive, save for some minor quibbling over the interior layout. Honda is still callingthe vehicle a prototype, though it’s set to hit showroom floors later in 2018. Economic nationalists take note: the new Insight is built in the USA – from globally sourced parts, of course. Honda made the shift to domestic production to leverage economies of scale. Selling small and mid-size sedans is a growing challenge during an era in which SUVs and crossovers are the entree of choice for new car buyers.

Here’s our final verdict: the Insight will never turn heads at a gathering of monster truck enthusiasts. But it does show Honda is serious about building fuel-saving vehicles which will never put the owner at risk of getting a wedgie. That by itself is a big step up from the dark days of 1999. Maybe 50 is the new 40 after all.