If you build it, they will come, right? It seems as though that these days car companies are tripping over themselves to make sure there is an option or class of vehicle for any and every need, want, or desire. Two-door SUVs, four-door sports cars, all-wheel drive convertibles with retractable hardtops, you name it, it probably exists. This time around, Buick is doing a little lineup expansion of their own. After a sabbatical of a little over two decades, GM subsidiary is bringing back the mighty station wagon.

The new Regal TourX isn’t exactly a revamped version of the infamous Roadster Estate. Gone is the endless woodgrain trim and Jurassic Park-sized proportions and equally antiquated performance. Since the last of the old-world Buick models rolled off the line, there has been something of a Renaissance. Technology has advanced, performance has improved, and even Matthew McConaughey has stepped up to be the spokesperson of a few Buicks for a while. And while it may be an interesting decision to bring back a style of car that all but defined this company for many years, the new TourX isn’t exactly your grandmother’s Buick.

Want proof? Start by taking a look at the low-slung stance of what is being called the “anti-crossover” . It is a car through and through. And while it may be in fact a rebadged Opel, that practice has not stopped plenty of GM cars (or other manufacturers for that matter), from being successful. The TourX offers up an all-aluminum 2.0-liter inline turbo-4 that produces a solid 250-horsepower and respectable 295 lb-ft of torque. Power is routed through an 8-speed automatic with manual shifting mode on its way to all four wheels via an AWD setup that has the ability to route torque from left to right through the rear axle. Front struts and a five-link rear suspension setup help give the 3,747 pound TourX a plush and supple ride as soft as a bed of kittens. 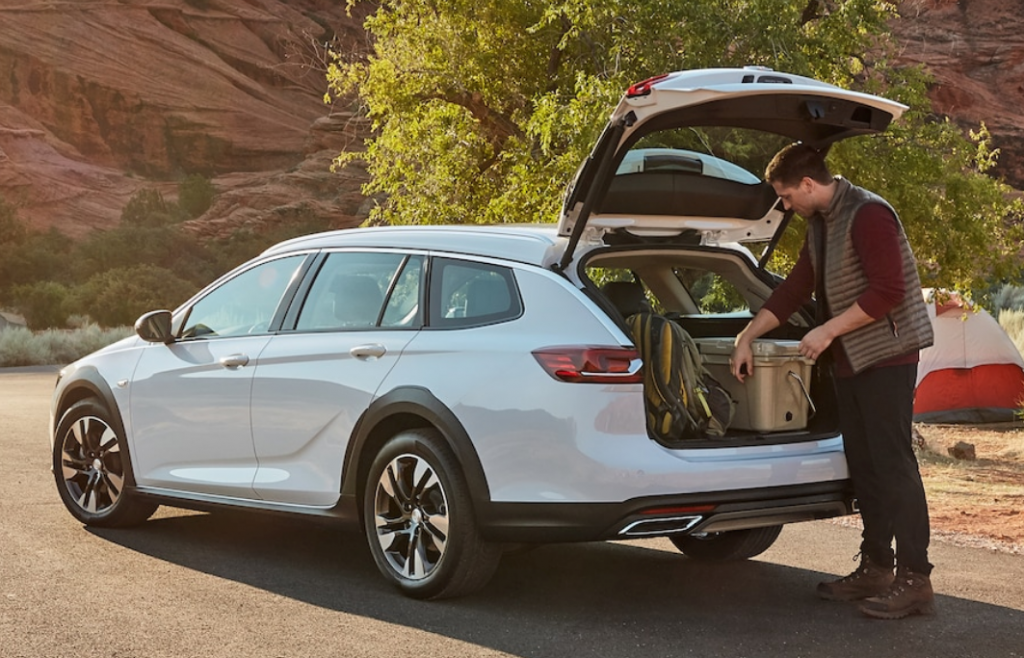 Not that there would be many stoplight wars tooling about in a giant station wagon, but then, it is possible you might roll up next to an Audi A4 Allroad or Volvo V60 Cross Country. 0-60 mph comes up in a very reasonable 6.4 seconds, while 0-100 mph takes 16.2 seconds, passing through the quarter mile along the way at 14.8 seconds at 95 mph. That cotton candy-soft suspension does have its drawbacks, taking time to settle into turns, which correlates to the TourX posting a passable 0.80g on the skidpad. Braking is competitive in its segment too, taking 175 feet to go from 70-0 mph. in terms of fuel economy, the big Buick puts up a respectable 21/29/24 city/highway/combined mpg.

One of the most attractive features of the new TourX is its cost. With a starting price of only $29,995, the new Buick is a budding family’s wish come true. Be careful what you wish for however, as all that 30k will get you is a very basic car. Want things like leather seats, adaptive cruise control, or how about automatic emergency braking? What about Apple CarPlay or Android Auto, or even an eight inch touchscreen? All of these options add up, and that sub-30k car can top 40 grand with only a few boxes checked. But, if you are judicious with your selections, a reasonably appointed TourX can be had for right around 35k. Not bad for a brand new five-passenger family hauler. 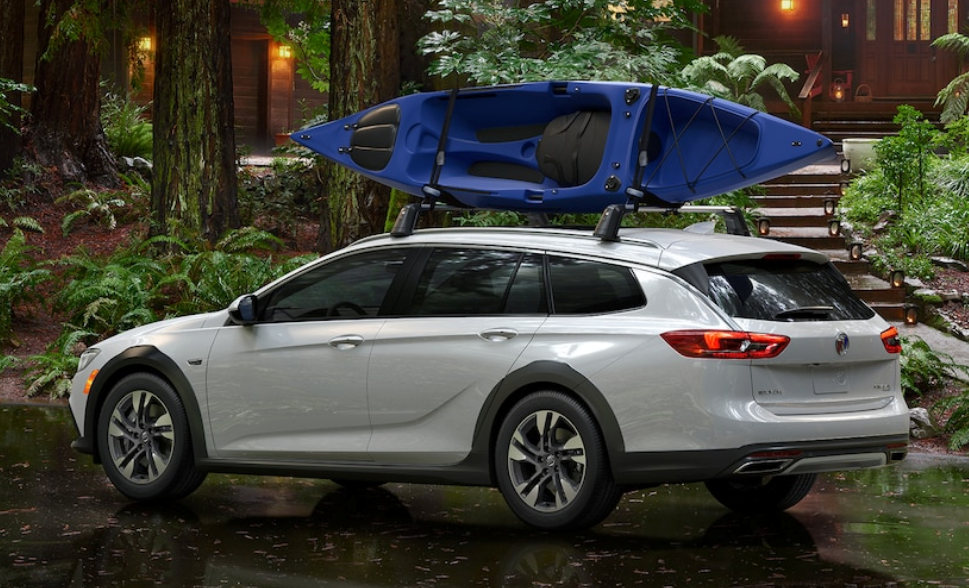 So while it’s taken more than twenty years for Buick to bring back their one time calling card, it seems that they used that time well, and fixed a few mistakes they made in the past. They also took some hints from the others in this newly resurrected model class. The Buick TourX has a lot of charm, even if it isn’t a stellar performer. For the price, and the pureness of its mission, it is hard to believe that since they built it, they will come … even if one of them isn’t Matthew McConaughey isn’t one of them.