Whether it’s actors or athletes, everybody loves a good comeback story. When it was introduced in 1986, the original Taurus helped revolutionize the midsize family sedan segment. But then years of neglect caused the Taurus’ star to dim. Now a comeback was in order, as Ford redesigned the Taurus just a few years ago to make buyers take notice once again.

In 2010, Ford revamped the Taurus adding lots of new features and making the Taurus a competitor in the affordable large car class. Buyers began noticing the Taurus again after many years, and they will continue to keep noticing the Taurus. The Taurus is available in SE, more upscale SEL, near-luxury Limited, and high-performance SHO trims. Some of the changes Ford made to the Taurus are the Limited and SHO models gaining a standard rearview camera, while Sync-equipped models receive a complimentary three-year subscription to the new Traffic Directions and Information service. The optional navigation system now includes HD radio capability.

Now the Taurus beats the majority of large cars when it comes to all-around performance and value. Before the revamp of the Taurus, consumers trying to find a comfortable big car with decent performance had just one option: the Toyota Avalon. With the new revamped Taurus, buyers will have two very good options when shopping large cars. The Ford Taurus continues to be compared to both the Toyota Avalon and the Buick LaCrosse; however the Taurus comes in priced below the Avalon and the LaCrosse, plus the Taurus also boasts more passenger space compared to Buicks large sedan.

Inside, the Ford Taurus offers a cabin that’s surprisingly upscale. The inside also gets kudos for comfort, particularly the adult-friendly backseat. The rear seat backs may also be folded down for rare occasions when the cavernous trunk’s 20.1 cubic feet of cargo room isn’t sufficient. Well defined areas for the driver and front passenger are marked with a low, wide center console that firmly splits the driver from the passenger side. There’s also notable space for tall drivers.

The Ford Taurus moves off of the line smartly featuring its 3.5-liter V-6, making 263 horsepower and 249 pound-feet of torque. Acceleration is smooth and plentiful at all sane speeds, and the six-speed automatic’s a smooth operator.

The Taurus SHO comes with a 3.5-liter twin-turbocharged V6 making 365 hp and 350 lb-ft of torque. A six-speed automatic with shift paddles is standard. Every SHO is all-wheel drive. Regardless of its impressive output, estimated gas mileage is the same as the standard all-wheel-drive Taurus.

Whether driving down the interstate or fighting crosstown traffic on surface streets, the Ford Taurus remains unexpectedly quiet, due to fine-tuned aerodynamics and strategically placed sound insulation. Road manners for basic Taurus models are rather notable; the Taurus rides more confidently than you would expect from this kind of big sedan, taut though not high-strung, with a smooth ride plus some natural body roll. The steering is direct and precise, plus it provides plenty of feedback, a notable accomplishment since it’s electronically dialed in, as opposed to hydraulically assisted.

Ford didn’t skimp on safety either, every Ford Taurus comes standard with anti-lock disc brakes, stability and traction control, front side airbags, and side curtain airbags. Optional safety features include a blind-spot warning system, pre-collision warning system, a cross-traffic warning system (when reversing), and rear parking sensors. A rearview camera is standard on Limited and SHO models and optional on the SEL.

The Ford Taurus remains a full-size sedan, leaving the midsize category to the Fusion. Many innovative features like MyKey control, preventing young drivers from exceeding limits, Sync system information for driving maps and hands-free calling, and Ford’s amazing forward-thinking dual-turbo engine gives the Taurus an edge over its competitors that cannot be denied.

Purists will decry the Taurus’ lack of a proper V8 engine, while those who like smaller cars with better outward visibility and a more airy interior may find the Ford Taurus to be a bit claustrophobic. Those seeking maximum fuel efficiency will be happier in a Ford Fusion Hybrid or a Hyundai Sonata. 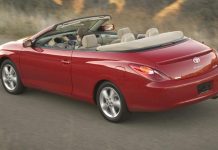 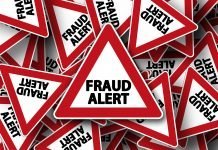