Pontiac GTO Judge—All rise, the Judge is in session. In 1969 Pontiac launched a new model type for the stout, muscle bearing GTO, aptly named ‘The Judge’. The vehicle’s name came from a comedy routine called “Here Comes the Judge” in Rowan & Martin’s Laugh-In TV show. In its developmental phase, the Judge was supposed to be a cheap, stripped down version of the GTO to compete with the Plymouth Road Runner. Ha! We all know that plan was thrown out the window.

Like all car companies, Pontiac jovially claimed that the Judge’s rear spoiler had a beneficial impact on the vehicle’s aerodynamics because of a small downward force created from moving wind. Additions like a ‘supposedly’ functional spoiler, neat decals, and radical ad campaign made the Pontiac GTO Judge a true cult classic still found in media and popular, but somewhat campy, culture today.

What is popular and campy, you ask? The Judge was used in the late 1990’s TV series Are You Afraid of the Dark? and later in epic, but underappreciated, film Bikini Bandits. This GTO variant is a cult classic much in the same way Bruce Campbell is a cult icon—both the Judge and Campbell are dark, ominous, and irresistible.

But, what really contributed to the Judge’s popularity over time was not just the optional Ram Air IV 370 hp or 450 lbs. ft. torque engine or even a limited production window from 1969 to 1971. The Judge also achieved glory with a wickedly addicting advertising campaign that many consumers found controversial. Commercials used slogans like “the judge can be bought” and “all rise for the judge” while showing scholarly fellows in full judicial regalia advocating “the Judge will rule”. Love it or hate it, the Judge was and still is addicting.

Sadly, the GTO was outsold by its chief competitors the Chevrolet Chevelle and Plymouth Road Runner. Of the 72,287 GTOs sold in 1969 only 6,833 were the Judge model type. Today, the rarest GTO is considered to be the Ram Air IV Judge convertible. Only five of these beauties were built in 1969 and twelve are known to exist in the world. In 2010, RM Auctions sold a Ram Air IV Judge convertible for a jaw-dropping $682,000. What’s more, RM valued the Judge with a pre-sale estimate of $750,000 to $1,000,000.

Tiny production, robust horsepower, brutish aesthetics, and a wicked ad campaign define the Judge’s reign. The Pontiac GTO Judge was and remains an iconic, but campy, cult classic deserving of a good reputation. Judge not, lest ye be judged! 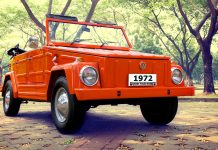