Back in 1975 a Cadillac Coupe de Ville was made into an open-bed hauler that took full advantage of the car’s ultra-long wheelbase. The Cadillac Mirage started life as a Cadillac Coupe DeVille and converted by Traditional Coach Works of California and sold at Cadillac dealers even though the vehicle was not commissioned by GM.

The Mirage was built for use by the discriminating sportsman and ranchers. Each Coupe de Ville was cut and widened for the pickup bed which could accommodate 8 feet in length with a closed tailgate. It was powered by an 8.2-liter V8 that cranked out an underwhelming 200 horsepower and an impressive 400 lb-ft of torque. While it was adequate enough for some showing off around town, the Mirage was probably not terribly well suited for any heavy-duty hauling.

The Cadillac Mirage was a novelty that attracted their fair share of famous owners. Evel Knievel purchase the first 1975 Cadillac Mirage, putting it to work as a film prop and his own personal driver.

Production for the Mirage ran between 1975 and 1976, with a limited number of vehicles built which makes it a good classic car purchase. Conversions of Cadillacs into service vehicles – ambulances, hearses, and the like aren’t exactly commonplace.  But, they’re far less rare than the number of wagon/pickup makeovers like the Mirage. Restoration of a Mirage may be a challenge due to the lack of body panels in scrap yards or aftermarket parts. If you can find one that is relatively clean it may be worth a look. 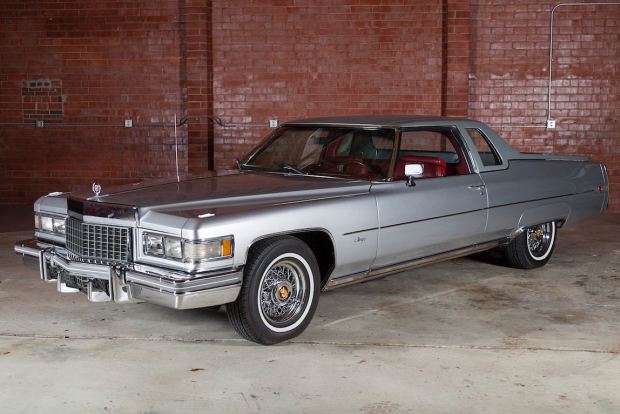