It’s hard to argue that the Golden Age of Muscle Cars was the 1960’s and early 70’s. At every and any stop light across the nation, you could have a Boss 302 Mustang lining up with a big block Corvette, or a Chevelle SS up against a Pontiac GTO, or a Plymouth Road Runner matching up against the venerable Shelby Cobra. Any of those grudge matches would have been a gear head’s fantasy, but sadly those days are long gone, so the best we can do is reminisce and take time to attend old car shows and hope for the best.

But, while those days of yore have passed, we may be going through something of a Renaissance. Today’s muscle cars can and would run circles around just about anything from half a century ago (heresy!). It’s a tough pill to swallow, but it’s true. And instead of arguing about what age is better, we should just embrace the amazing cars we can actually go out and buy today. The newest option comes from the land of the Hemi, and in 2019 we can expect to see a return of the Plymouth Barracuda. Okay, well, not Plymouth, since they don’t exist anymore. But Dodge has taken up the mantle of the famous ‘Cuda, and will be the new parent company.

Details are still somewhat sketchy, but what we do know is that the ‘Cuda will be something like a smaller Challenger, although if the final version comes out looking anything like the super muscular renderings out there, the Barracuda certainly won’t look any smaller than its big brother. It will be based on the Alfa Romeo Giulia platform (not a bad start). Rumor has it that there will be a coupe and a convertible version to choose from — possibly to take away some market share from the Mustang and Camaro convertibles. Interior is even more of a mystery as of this writing, but what we can figure is that it will look very similar to the Challenger’s sporty yet Spartan motif.

Large analog tach and speedometer gauges will dominate the driver’s attention, while some kind of touchscreen infotainment will flank them towards the passenger. The vestigial back seat will be the emergency-only type of use.

Engine choice is still a heated debate. V6 or V8? Well, the truth is that the answer is most likely both. Much like the Challenger, odds are that there will be a small 2.5-liter turbo V6 in the 300 horsepower range, much like the Ford Mustang and Chevy Camaro, then more than likely a bigger version of the same motor in the 400-horsepower range, and then we can probably expect a couple of V8 options as well. There will be a possible 392 Scat Pack version as in the Challenger, and of course the ‘Cuda wouldn’t be in the Dodge family without an SRT variant that most likely will produce in the 500 horsepower range, and of course, possibly even a 700-horsepower Hellcat down the road. But don’t expect the Hellcat right away, Dodge will wait a year or two for that one.

Pricing for the the ‘Cuda is still, you guessed it, in limbo with the rest of this car. But again, using the Challenger as out template, we can expect the 2019 Barracuda to start right around the $30,000 mark and more than likely climb up past the 60k mark for the SRT models.

So, while we don’t know the exact specifications of the new Dodge Barracuda, we do know that it is on its way, and that it is being built, and that is wonderful even without much else. The new Golden Age of automobiles is upon us, and in another few months we may just see a Barracuda lining up with a Camaro ZL-1 or Shelby GT350 once again. And this time, that race won’t be over just because the road goes anything other than in a perfectly straight line. It doesn’t matter which car would win, because just having the opportunity to see cars like these on the road again makes all of us the winners. 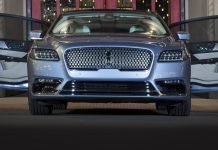 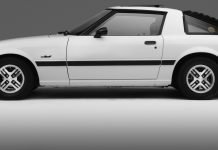 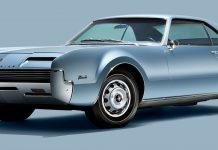