When it comes to exciting cars of yesteryear, few cars are as underappreciated as the legendary Acura NSX. Whether it was being mistaken for a Ferrari or taking knocks for not having enough power as other cars in its price class, the NSX does not get nearly the credit it deserved. But with a little more insight, we might just be able to get the NSX the credit it deserves.

In the mid-1980s, after years of research, Honda decided to throw its hat into the performance car ring. Using the Ferrari 348 as a benchmark to beat, Honda set out on its journey and quickly decided that instead of trying to find a designer better than those talented Italians, they would just go out and pay the very best Italian on the market to create the shape of their halo car. And so, in 1984, Honda employed the services of none other than the legendary Pininfarina to pen a prototype deemed the HP-X or Honda Pininfarina Xperimental which evolved six years later onto showroom floors as the NSX, or New Sportscar Xperimental.

Honda took note of some exotic cars’ penchant for breaking down and being temperamental when it came to driving their very wealthy owners around for any length of time or any lengthy distance. The goal of the Acura NSX was to be every bit an exotic that its Italian competitors were, but to excel where they were weak, and at a price point much lower than even the cheapest prancing horse or raging bull. And from its first appearance in 1991 to its final bow in 2005, the NSX achieved all of its goals in spades.

Starting with an all-new, all-aluminum monocoque body, the first for any production car on the planet, the NSX came in as a welterweight in a class of big, lumbering heavyweights. Using even more aluminum for most of the major suspension components helped save nearly 500 pounds versus using steel for all the same pieces. Mated to that chassis was the 3.0 liter aluminum DOHC V6 that was the first Honda engine to feature the now household-name VTEC variable valve timing. This race-ready engine made 270 horsepower and 210 lb-ft of torque and revved to a remarkable 8000 rpm, all in a car that weighed in at a tire under 3000 pounds. To further the domesticated race car feel, Acura did not even offer power steering in cars that were ordered with a manual transmission to allow for more precise road feedback than even the best power steering pumps. This combination of striking good looks, and a sophisticated, yet primal driving experience netted the NSX Automobile magazine’s Car of the Year award in 1991.

In subsequent years, Acura made very few changes to its top dog. In 1995, the NSX, only in a new NSX-T form, offered open-air driving, thanks to a removable roof panel that could be stowed behind the seats. Acura also had a change in its hardcore heart and offered power-steering as an option even to those who wanted to shift for themselves. A year later Acura offered both the NSX-T and the regular fixed-roof version of the car. Big changes for the NSX came in 1997 when a larger 3.2 liter engine that made 290 horsepower and 224 lb-ft of torque was offered, and the transmission gained a forward gear and became a six-speed manual. In 1999 Acura made 51 examples of the Zanardi Edition NSX to commemorate driver Alex Zanardi’s back-to-back champ car wins for Honda in 1997-1998.

It wasn’t until 2002, eleven years after its introduction that the NSX got its first real visual changes. Fixed Xenon headlamps gave the car a very distinct and new look. The fixed-roof model was once again removed from the lineup, and only the NSX-T was available to customers for the last three years of production. Larger exhaust tips, as well as wider tires, rounded out the upgrades. These would be the final changes made before the NSX ended its production in 2005.

In its later years, the Acura NSX managed to provide decent performance numbers. The 3.2-liter cars averaged about a 13.2-second quarter mile and got to 60 mph in a very respectable 4.8 seconds, which was on par with the C5 Corvette at the time, and a few ticks slower than the Dodge Viper or Ferrari 355/360, which all vied for those deep-pocketed sports car lovers. But the NSX was never about pure speed. It was about the purity of a driving experience. Wherever it went, the NSX awed car lovers much in the same way a Ferrari would. It offered a unique take on an old theme and delivered handily.

Was it the fastest car out there? No. Was it the most lavishly appointed? Nope. Was it the most powerful engine on the market? Not by a long shot. But what the NSX was—an exotic car package that offered everything, accelerating, turning, braking, steering, and shifting in a perfectly balanced package—managed to get 24 mpg on the highway, and most importantly, could be enjoyed for hundreds of thousands of miles in a way only Honda could provide. So next time you see the flash of a wedge-shaped missile fly by you on the highway, first realize it wasn’t a Ferrari, and second, take a moment to wonder just how many 100+ mph runs that odometer has seen without a problem, and maybe, just maybe, you might appreciate the NSX just a little more.

For many people less fortunate to have never seen or driven an NSX in person, you will have to go by what you have seen on TV and in movies. Who does not remember the Acura NSX in the iconic movie Pulp Fiction where “The Wolf” drives off in the silver sports car, leaving Vincent and Jules in the dust? It was the first of many times this two-seater would show up on the big screen. The screen time the NSX received over the years has increased the demand  and subsequently price for these great cars.

Today if you are looking to purchase these rare beauties you are in luck because there are a few available for sale on the internet which will cost you $45,000-$75,000 depending on mileage and condition. But please for the love of god get the 5 or 6-speed tranny. As always when buying any used car, check it out in person or get a reliable third party to inspect the car for you – Buying any car sight unseen is usually a recipe for disaster. Don’t expect to run the NSX for the same cost as a standard Civic. However, the first-generation NSX is cheaper to run than pretty much all of its competition from the era. 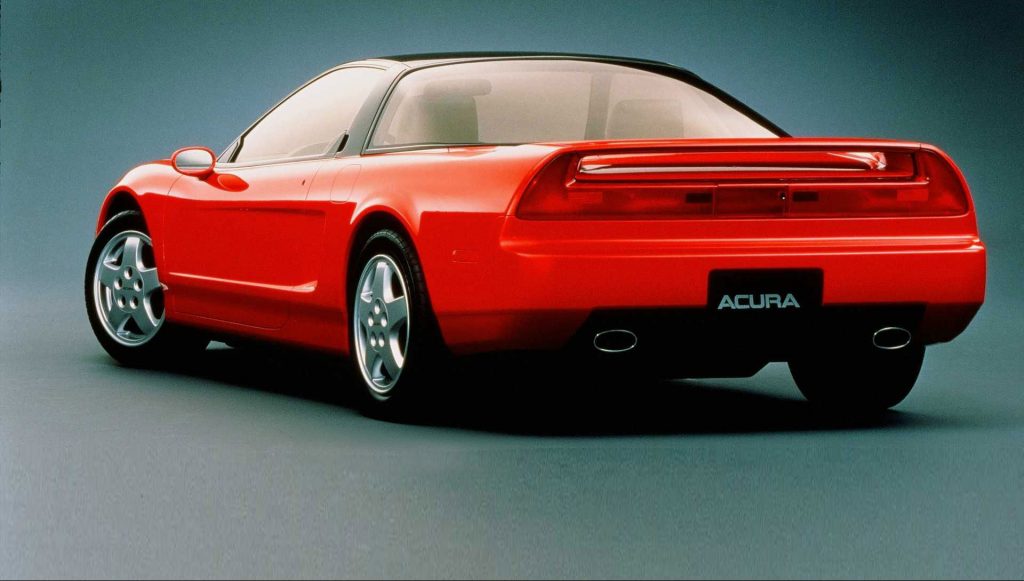 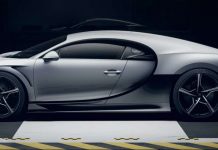