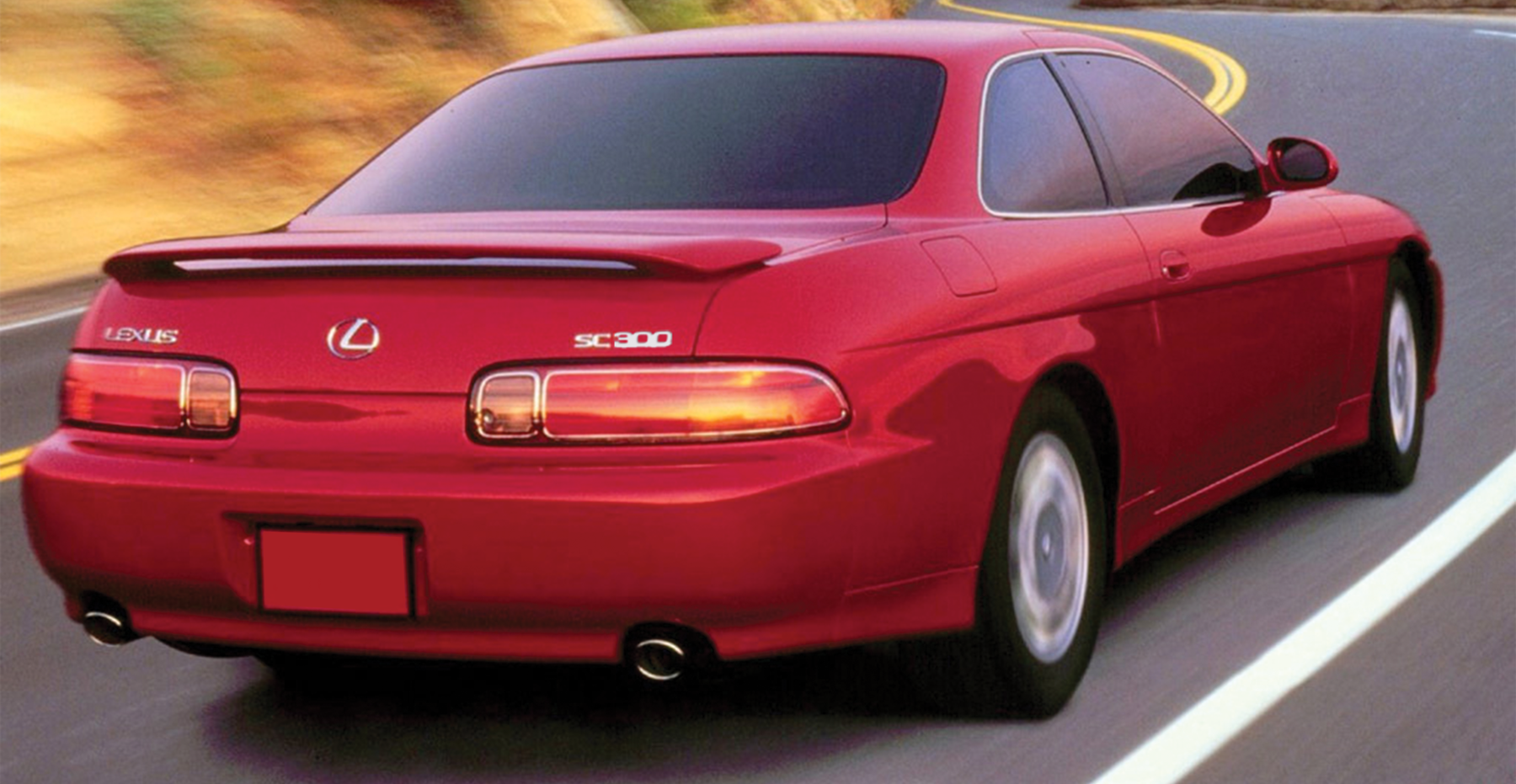 When it came out, the Lexus SC300 was somewhat overlooked by its bigger brother, the pricier V8-powered SC400. That’s a shame, because what people overlooked was a reasonably luxurious Lexus with a manual transmission that shared a lot of important parts with the now-legendary Toyota Supra… including the same straight six engine.

The Lexus SC300 also came equipped with a five-speed manual, which is currently the most desirable SC. This is because a manual Lexus SC300 is essentially a luxury-spec Toyota Supra; a fact not lost on the tuner market, hence the difficulty in finding an unmolested five-speed. Yet all SCs are presently at the bottom of their price curve. Good early-‘90s cars can be picked up for $5,000 or so and if they have been maintained, 200,000 miles is no big concern. However once repairs are necessary, the equation goes wrong quickly. Expensive cars have expensive parts. If there is no aftermarket – and there is little for luxury cars – repairs can be frighteningly expensive.

There isn’t a super strong resemblance to the Supra, but you can tell that they’re related. If the SC300 came with a larger rear wing I think it would look like a little Supra, and probably be way more popular in the car community.

Related: The Lexus IS