The Nissan 300ZX Turbo — Instead of always trying to be ahead of the world on information and breaking news, sometimes it’s better to take a deep breath and look back on what has already come to pass. Some may argue that the Golden Age of automobiles was the mid to late 1960s; however, there is a compelling argument that can be made for the mid to late 1990s as either a second Golden Age or perhaps even a Renaissance. Although instead of huge displacement and grossly overrated horsepower numbers, these later cars used forced induction and new technology to compete on the highest level of production vehicles.

The second generation Nissan 300ZX was perhaps the epitome of automobile technology, having been the first car to have been designed by the CRAY supercomputer way back in 1989. The 300ZX debuted its new style to Americans in 1990 and continued to evolve for the next six years. The long hood and quick abrupt dropped-off rear end had a polarizing effect, but most seemed to love its new styling, especially the magazine editors of the time. The new 300ZX won Motor Trend‘s 1990 Import Car of the Year, as well as Automobile‘s Design of the Year, and made an appearance on both “Ten Best” lists from Car and Driver and Road & Track.

Although, over its six-year span, the Nissan 300ZX had several different models in its lineup, the base coupe, the 2+2 coupe, the convertible, and, of course, the model that us gearheads are interested in: The turbo.

The twin-turbo DOHC 3.0-liter motor in the Nissan 300ZX had twin intercoolers, one for each bank of cylinders, and put down and impressive 300 horsepower with a 5-speed manual transmission, or 280 horsepower if you chose to let the transmission do the shifting for you with its 4-speed auto. For its time, the Z was a technological dynamo, employing four-wheel independent suspension as well as its very unique Super HICAS (High Capacity Actively Controlled Steering), which basically translates to four-wheel steering at high speeds.

The car was one of only a couple to have a removable T-tops (the others being the F-Body cars from GM and the Corvette, though it had a removable one-piece roof and not individual panels) which meant having the luxury of open-air driving while retaining most of the structural rigidity of a coupe. Other features that were added over the Z’s six-year run were such things as an optional driver’s airbag, automatic temperature control, heated mirrors, a cargo cover, and an illuminated entry system in 1991, A passenger airbag was added in 1994 along with a keyless remote entry, to round out the model’s standard features.

The only downside to the car was its increasing weight. Although the turbo made plenty of power, the Nissan 300ZX weighed in at almost 3300 pounds. Unfortunately, its weight kept the 300ZX out of the nimble sports car category and made it more of a GT car. Now that isn’t an altogether bad thing, but with the rising value of the Yen raising the base price of the car to nearly $40,000 and new side-impact safety standards on the horizon, Nissan opted out and ended the Z’s run after 1996. 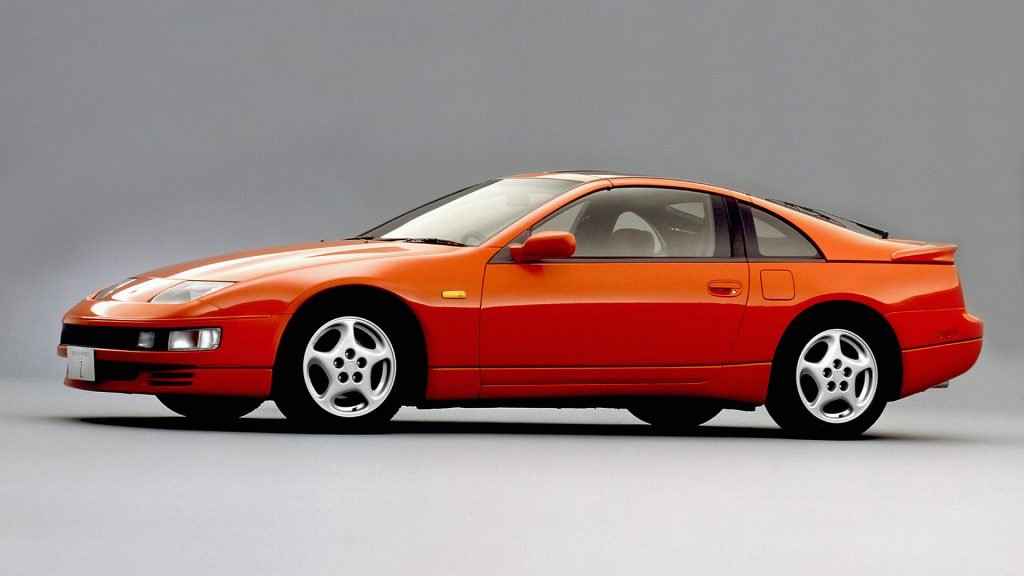