2021 LEXUS IS — In the automotive world, there are basically two types of sports cars — those that are fast, and those that try to look fast. The Shelby GT350, Hellcat, ZO6, Porsche 911 Turbo, BMW M4 and a myriad of others are all just undeniably fast. Then there are the cars that just want to look fast, but due to cost or perhaps an aversion to speed, are created. These can be any car from the last 20 years that had a ‘GT’ logo slapped onto it, or even your garden variety Honda Civic with a space shuttle spoiler glued to the trunk.

In recent years, Lexus has slipped a bit from the former to the later. A decade ago we were finally given the long awaited Lexus LFA – a low slung, hyper sports car that was powered by a magnificent engaging 4.8-liter V10 with 450 horsepower. But since then, we have seen next to nothing in terms of “sport” from Toyota’s luxury division. In the world of letter-designated performance divisions (M, V, AMG, RT), Lexus chose the F-line, and that seems somehow apropos.

For 2021 Lexus has reintroduced us to the IS. This year may look a lot like its predecessor, and that’s because essentially it is its predecessor, and its predecessor all the way back to 2013 when the New N platform it rides on was introduced. That being said, engineers have focused on upgrading the suspension of this aging foundation. Reinforcements to the C-pillars, radiator supports, and member supports all help increase stiffness and rigidity. They took a cue from the aforementioned LFA and did away with the wheel studs and lugs and installed stronger, and lighter wheel bolts in their place. The springs are 20 percent lights and the control arms and anti-roll bars are both lighter by 18 and 17 percent respectively.

A facelift and butt lift were employed by Lexus to its aging sedan — with polarizing new connected taillights which will look like successful surgery or a complete botch job, with no real in between. Smaller exhaust tips, sharper lines, and larger fender flares serve to give the IS a bit more personality than before, but only when compared to its predecessor side by side.

Under the hood, Lexus IS has essentially done nothing. Engine choices are either a 2.0-liter inline-4 that makes 241-horsepower and 258 lb-ft of torque and two versions of the same 3.5-liter corporate V6 making either a lackluster 260-hp and 236 lb-ft of torque or a slightly more exhilarating 311-hp and 280 lb-ft of torque. Depending on what type of drive you want dictates your transmission. Rear wheel drive cars will get an aging 8-speed automatic, while all-wheel drive cars get a traditional 6-speed auto, which is nearly half the gears of some of the IS’ competitors.

Inside the IS, the interior is either snug or tight depending on your size and claustrophobic tendencies. A large center mounted 8.0 (or optional 10.3) inch touch screen controls all things infotainment, while the old joystick controller has been replaced by a new trackpad aft of the shifter. Apple CarPlay, Android Auto and Amazon Alexa are all available through an impressive 1800 watt Levinson 17-speaker stereo system.

Overall the 2021 IS is an improvement on the outgoing model, but it feels like this is a bit of a stopgap until the fully reinvented next generation IS is available in the coming years. Hopefully, Lexus’ competitive spirit will kick in and update the powertrain and overall demeanor of its sports car. We’d like the F to not stand for a failing performance grade on a car that is just trying to look fast, and instead be the beginning of an expletive we yell out of joy because the IS has finally become F-ast. 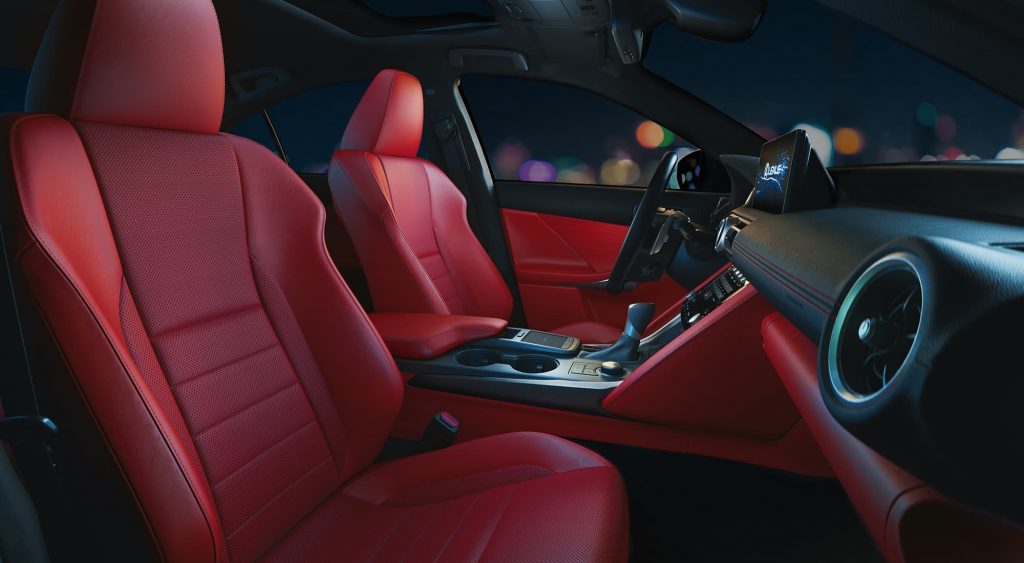 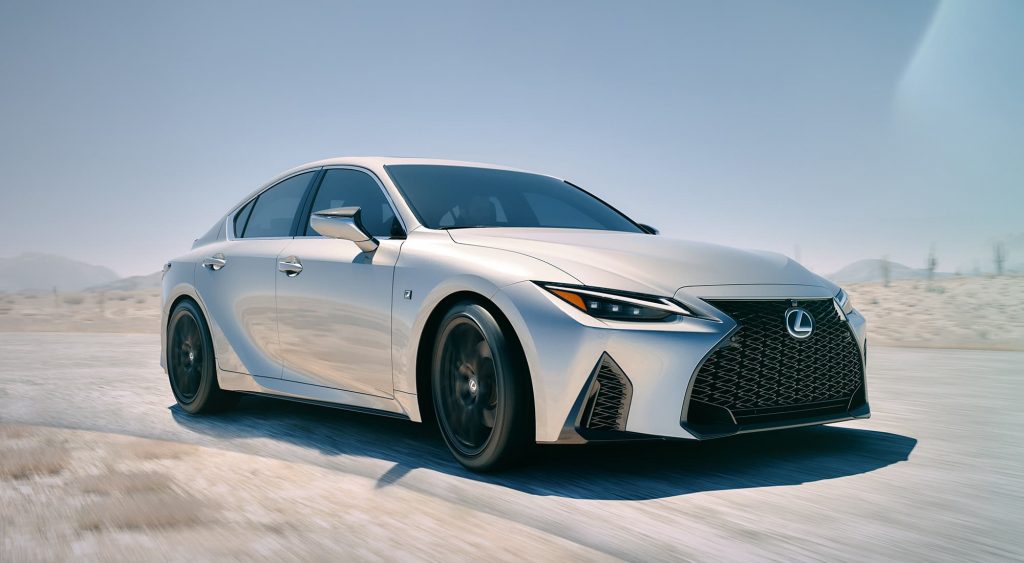 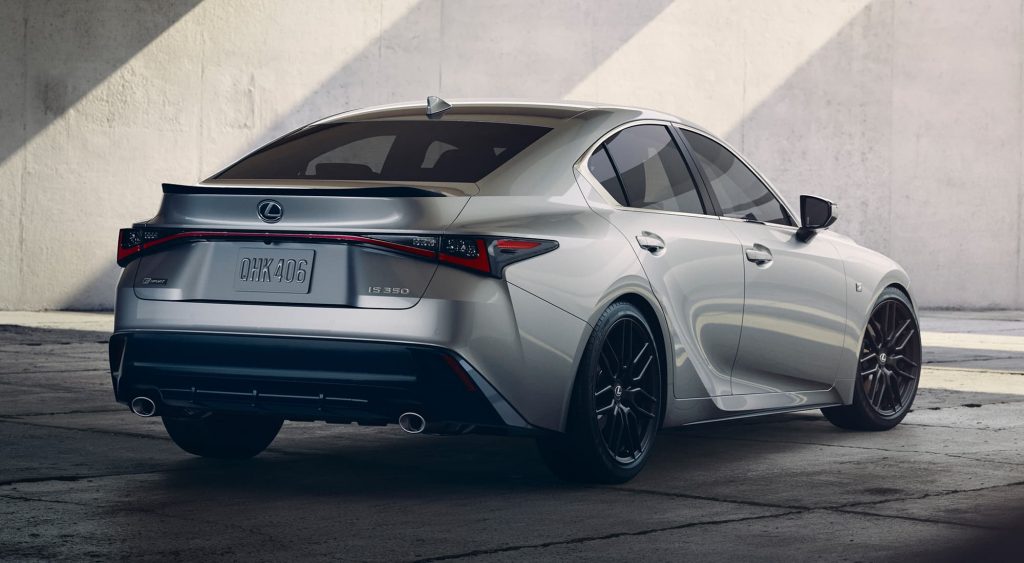