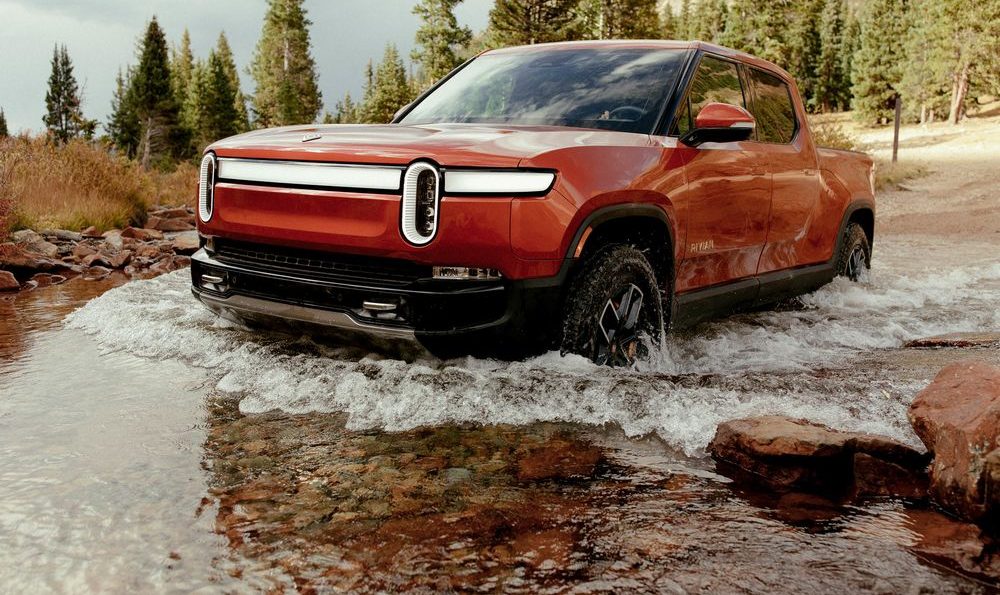 Anyone that happened to watch gazillionaire Jeff Bezos take off in his space shuttle, may have noticed something else a little interesting on that broadcast. A consummate businessman, Bezos used the notoriety of his space adventure as a chance to also advertise for one of his other investments — specifically a new startup electric car company called Rivian, which Amazon has a twenty percent ownership stake in. The truck we saw Bezos driving around in was Rivian’s flagship model, the Rivian R1T, and fittingly, we are going to focus in on the Launch Edition trim.

Rivian and Bezos have their sights undoubtedly set on the only man on Earth that can make Jeff feel like a hobo, Elon Musk and his surging company Tesla, for electric-powered automotive dominance. The Launch Edition will be the primary option available at the get-go to the public, but eventually will offer a cheaper base model called Explore, and another mid-trim called Adventure. The Launch Edition will chime in at a lofty $74,145, which seems like a lot of money, and it is. That is, until you consider exactly what kind of monster truck you’re getting your hands on with the R1T.

The R1T is set up with four individual electric motors — one at each wheel for a staggering total of 835-horsepower and insane 908 pound-feet of torque. Three battery sized will be eventually be offered at either 105, 135 or 180 kWh, which equates to a range of anywhere from 230 miles up to 400 miles for the bigger option, which by the way will cost you an additional ten grand. Initially the 135 kWh will be the only standard batter, which the 180 kWh being optional, and the smaller, more affordable battery to come later. In what has become normal electric car setup, the R1T will be situated with a skateboard platform, which keeps the center of gravity down by putting the battery underneath the cabin.

The R1T is a serious truck in any measurable category you want — tow capacity of 11,000 pounds, a maximum payload of 1,760 pounds, tons of storage including an 11.0 cubic foot front truck, another 11.6 cubic foot storage area nestled between the cabin and bed and even an additional 7.0 cubic foot storage bin where the space tire is housed. An air suspension allows the suspension to adjust from 8 to 14 inches of clearance height, which makes it an incredibly capable off-roader, as does the nifty ‘Tank Turn’ party truck that allows left and right wheels to rotate in opposing directions allowing the truck to navigate in tighter places than any truck in history.

Sure, with a curb weight of 7,148 pounds, the R1T can double as a tank in other ways than turn radius. This is a massive truck, but also comes with that aforementioned massive power, and it has the benefit (as do all electric motors) of having all of its torque available immediately. That power runs the Rivian from 0-60 mph in a scalding 3.0 seconds flat. That is faster than any Hellcat model and just 0.2 seconds behind the exotic mid-engined C8 that makes 495-horsepower and weighs less than half of the big R1T.

Inside the R1T looks as futuristic as it does on the outside. A monstrous 16-inch takes the lion’s share of the dash, while a secondary display can be programmed to show any number of things like HVAC controls, media, and/or navigation. Strangely, Rivian does not offer Apple CarPlay or Android Auto … perhaps we will see some version of Alexa considering the Amazon relationship.

Safety features include automated emergency braking, adaptive cruise control and lane-departure warning, while a bumper-to-bumper 5 year/60,000 mile covers all the basics and an even more impressive battery and drivetrain warranty that extends out to 8 years or 175,000 miles.

So even if you missed the space shuttle extravaganza Jeff Bezos hosted a little while back, with the Rivian R1T Launch Edition, you might just be witnessing the takeoff of something even more magical right here on Earth. 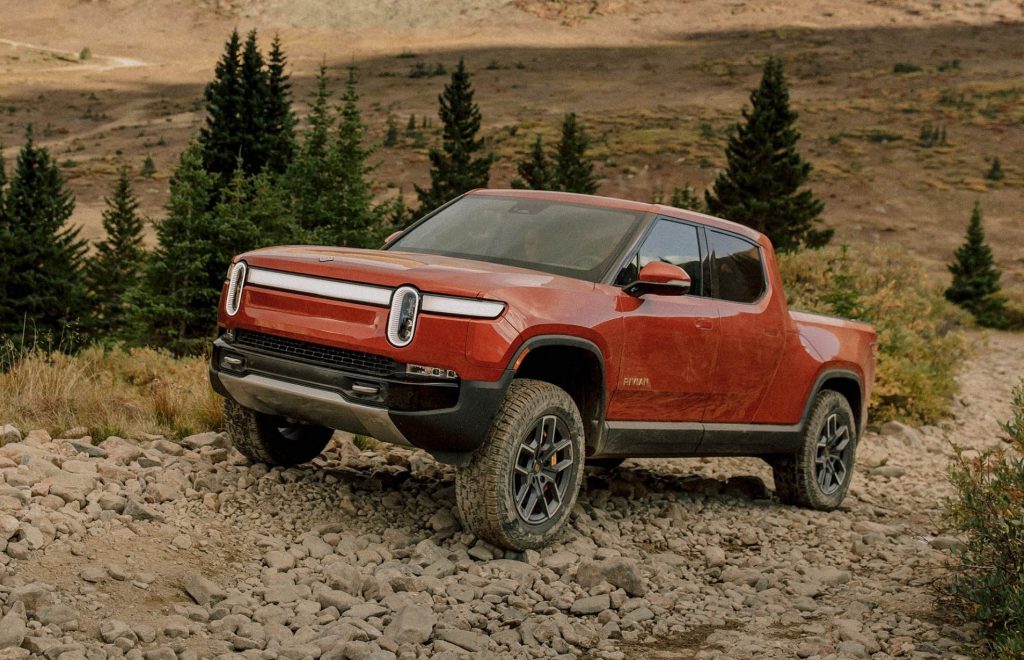 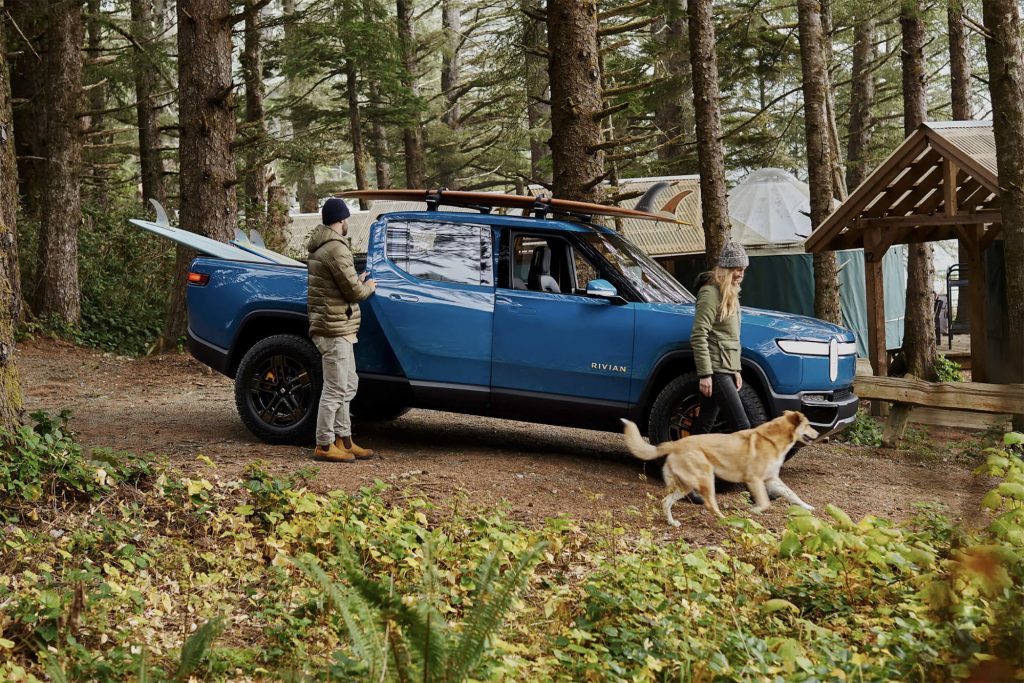