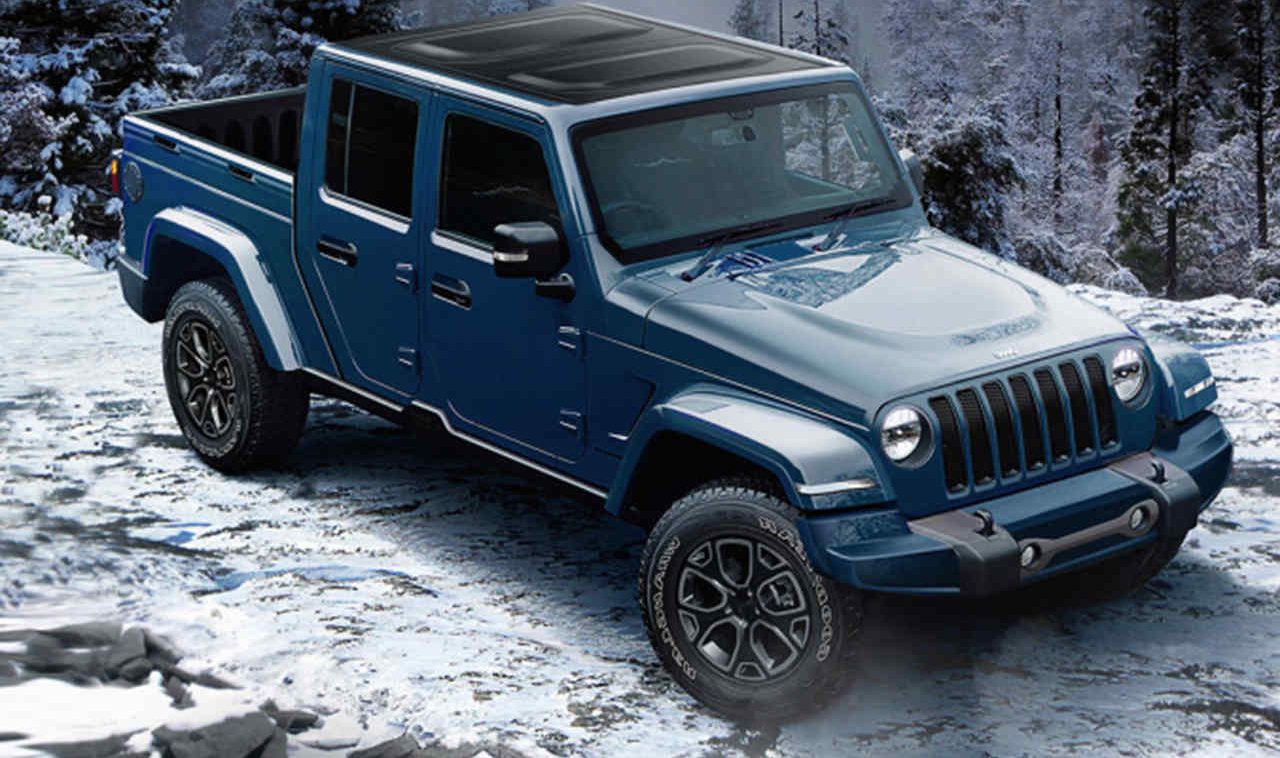 Finally! Finally. Finally? After waiting around for over two decades like we have been looking forward to an aging scotch, it looks like we are finally going to see a Jeep Wrangler Pickup once again. Since the last Cherokee-based XJ Jeep pickup called the Comanche, rolled off the line all the way back in 1992, we the people have been teased and darn-near taunted with prototypes, sketches, and promises of this mythical creation, and it looks like all our waiting will finally pay off next year.

With the new redesign of the Wrangler of late 2017, code named JL, it would make sense that a new design could make introducing a new model that much easier. Instead of patch-working and retrofitting odds and ends to an aging Wrangler chassis, having a plan for a pickup from day one would allow for a much more effective execution, and success, of that new model.

There has yet to be official confirmation of exact specs, but from what we can tell, the JL Pickup will look basically like a four-door Wrangler, but with a slightly extended bed instead of an enclosed space, sort of what Hummer did with the H3T, but the Jeep will have a lot less stigma attached to it. The chassis will undoubtedly be based off of the new JL Wrangler platform, and will feature things like an aluminum body which shaves off up to 200 pounds of useless weight compared to the previous Wrangler generation, a much improved interior in terms of fit and finish, higher quality materials, and the latest iteration of Chrysler’s Uconnect infotainment system. Just like the regular Wrangler, we expect the Jeep Wrangler Pickup to have three optional roof choices: a manual-folding soft top, a power-sliding soft top, or a hard top with removable roof panels. The windshield will also fold down.

Engine options are unlikely to change from what we know will be available on the JL Wrangler. Standard fare will still be the everlasting, never failing and yet never very exciting Chrysler corporate 3.6-liter Pentastar V6 that makes a very familiar 285-horsepower. Despite what will surely bring cries of blasphemy, there will once again be a four-cylinder option for the Wrangler, so presumably too, for the Pickup variant. But unlike the anemic four-bangers of yore, this new version will be a turbocharged 2.0-liter making an impressive 270-horsepower. Rumor has it there will also be a 3.0-liter diesel V6 coming down the pike, but we assume Jeep will let the gas engines out to play first. Mated to these engines will be either a new six-speed manual transmission with revised gearing for what we hope will be slightly better fuel mileage, or a vastly improved eight-speed automatic, which will put the outgoing five-speed auto to shame.

The Jeep Wrangler Pickup will not be groundbreaking in terms of its design. Jeep has long held true to its roots. It was designed as a simple but monstrously effective utilitarian transport for soldiers in war time, enabling them to tackle just about any kind of terrain imaginable. The original ingredients are still all mixed in — the body still bolts to the frame, the windshield still folds down (originally done for shipping purposes), the doors still detach, the axles are, yes, still solid, four-wheel drive is still a necessity, and that distinctive Jeep shape is only slightly aerodynamically improved, but unmistakably Jeep. The Pickup is going to be an option for those that love the pragmatism of the Wrangler, but might make a few more trips to Home Depot than the average Wrangler owner.

Pricing for the Pickup is still also up in the air, but Jeep knows this new model will sell like crazy, in fact they expect to sell about 100,000 examples of it per year, so an entry price of right under $30,000 seems pretty reasonable, and could probably top out at 40k for the Rubicon variant with all the bells and whistles from the factory. If that seems like a lot of money for a Jeep, just remember, this one has taken more than a quarter century distill, but we have it. Finally. 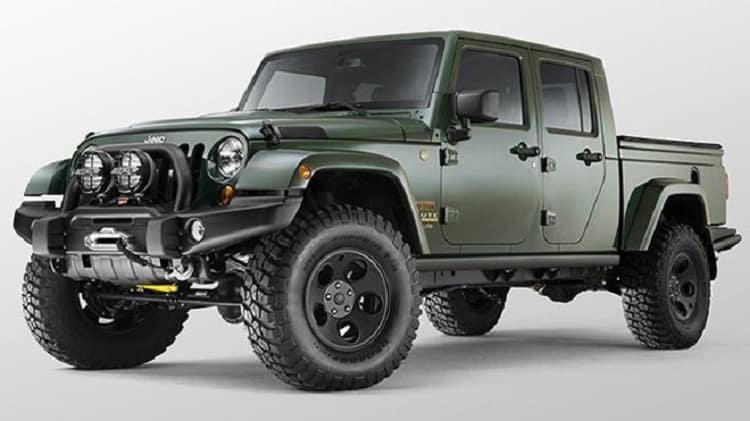 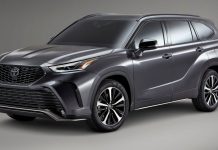