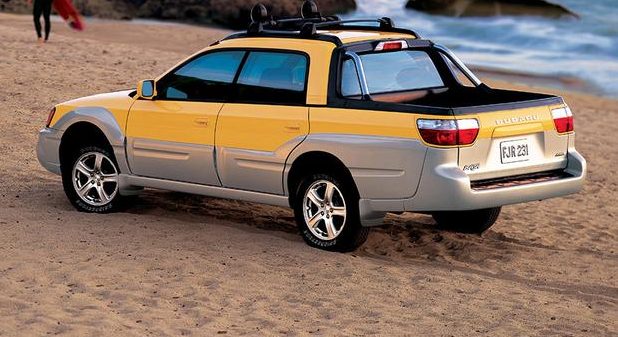 Subaru Baja – Remember the Subaru Brat? If so, you are probably over 30 years old. It was a unique vehicle, some would say funky. It was a small two-passenger sedan with a pickup bed on the back that contained two crude seats facing toward the rear. Fast forward to 2003 and Subaru did it again.

Built from 2003–2006 the Subaru Baja, a car-truck hybrid that was brilliantly insane. It was the quirky Japanese maker’s attempt to sell a type of vehicle it hadn’t offered since its Brat 20+ years earlier: another quasi-pickup truck, or at least a passenger vehicle with a pickup bed.

The Subaru Outback is a 4-wheel drive station wagon that has lots of ground clearance and a fair amount of off-road capability. The Subaru Baja is based on that same famous automotive contradiction. Except the back-half of the roof has been lopped off to make a truck bed. And since it’s a Subaru, it’s rather well thought out.

FUN FACT: The name “BRAT” is actually an acronym for “Bi-drive Recreational All-terrain Transport,” with “bi-drive” being Subaru’s name for 4-wheel drive at the time

Even though the bed of the Subaru Baja measures just 3.4 feet long, most of them came with an optional flip-out bed extender that increased it to 4.8 feet. Since many buyers would likely need that extra space, the bottom of the license plate frame could be lifted using two buttons, which allowed the tag to be seen with the tailgate was lowered. The bed itself was lined to resist damage, and there were built-in drain holes, along with cutouts for 2X4s, so you could fashion cargo separators or a bi-level bed.

But the cleverness didn’t end there. Oh no. The backseat of the Subaru Baja could be ordered as a two-place perch, with cupholders and a center storage compartment, or a three-place bench. Either way, the seat bottom can be folded forward to reveal a ruggedized flat load floor, and the seatback can be lowered to reveal a 31X12-inch access door to the cargo bed, which increases total bed length to 7.5 ft.
Obviously, that 7.5-foot bed is limited by the dimensions of the access door. But Subaru said, “Simply fold the rear seat out of the way, open the 31X12-inch pass-through panel, and load your surfboard, skis or toboggan.” We suspect that if you even know what a toboggan is, you’ll want to buy a Subaru Baja right away.

Due to low sales numbers (roughly 31k total), the American-designed Subaru Baja was sold only from 2003–2006. During that time, Subaru offered their—car-uck—with a 165hp 2.5L boxer-4, and a 210hp turbocharged 2.5L boxer-4. They also sold lots of Baja accessories, which were designed to help you load everything from mountain bikes to salad shooters.

In theory, the Subaru Baja seemed to make perfect sense, offering the best attributes of a family sedan with the utility of a compact pickup. But it fell a bit short in a few areas. Passenger capacity was limited to just four rather than the regular Legacy’s five. And towing capacity was rated at just 2,000 pounds with the automatic and 2,400 pounds with the manual.

Still, with its all-wheel drive, generous ground clearance and versatile cargo bed, a used Subaru Baja could be the ideal choice for outdoor sports enthusiasts involved with mountain biking, kayaking and camping. Add in Subaru’s solid reputation for reliability, the Baja’s easy-to-handle size and superior fuel economy (compared to a V6 pickup truck) and this odd duck of a car may make more sense than most people initially thought.

Even though Subaru didn’t sell a lot of these and they may be hard to find, the Baja won’t cost you a mint. We did a quick search on the interwebs and found many available for around $8900 depending on mileage and condition. 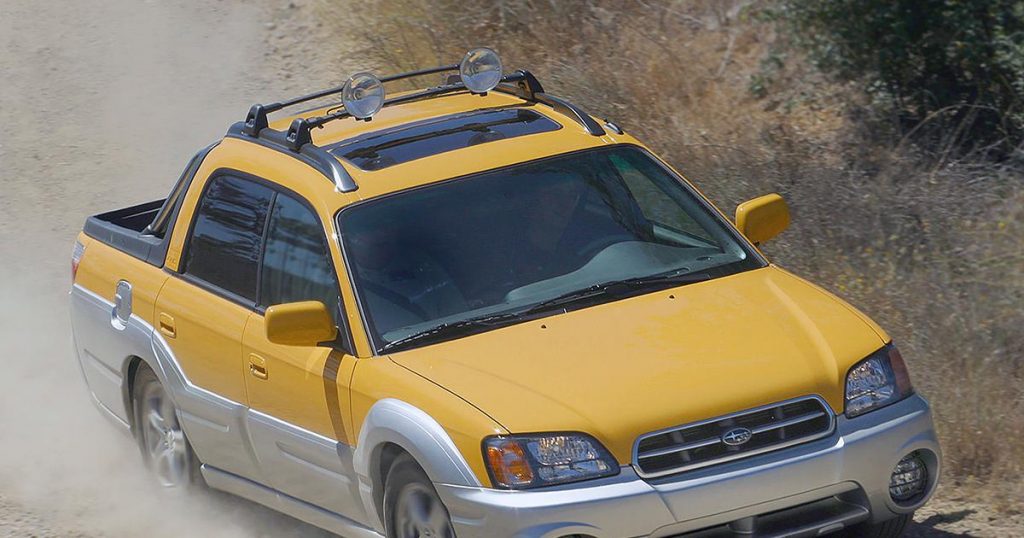 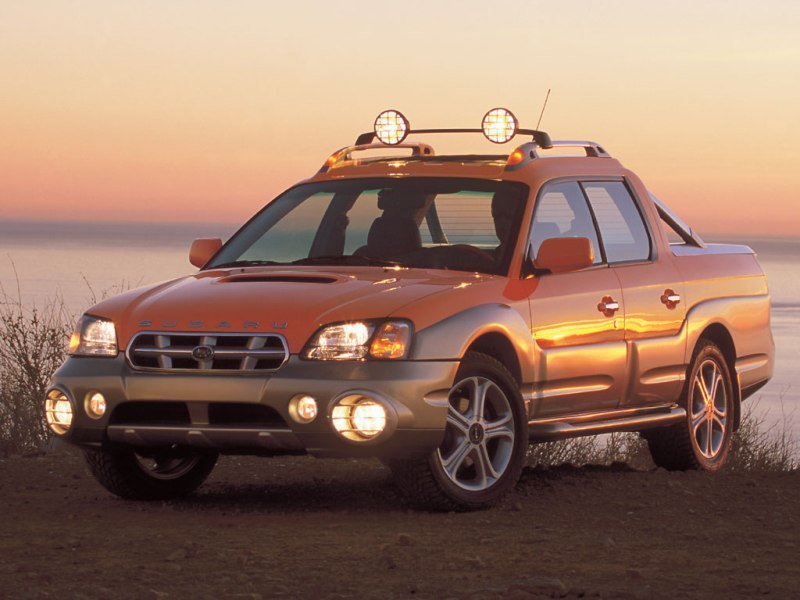