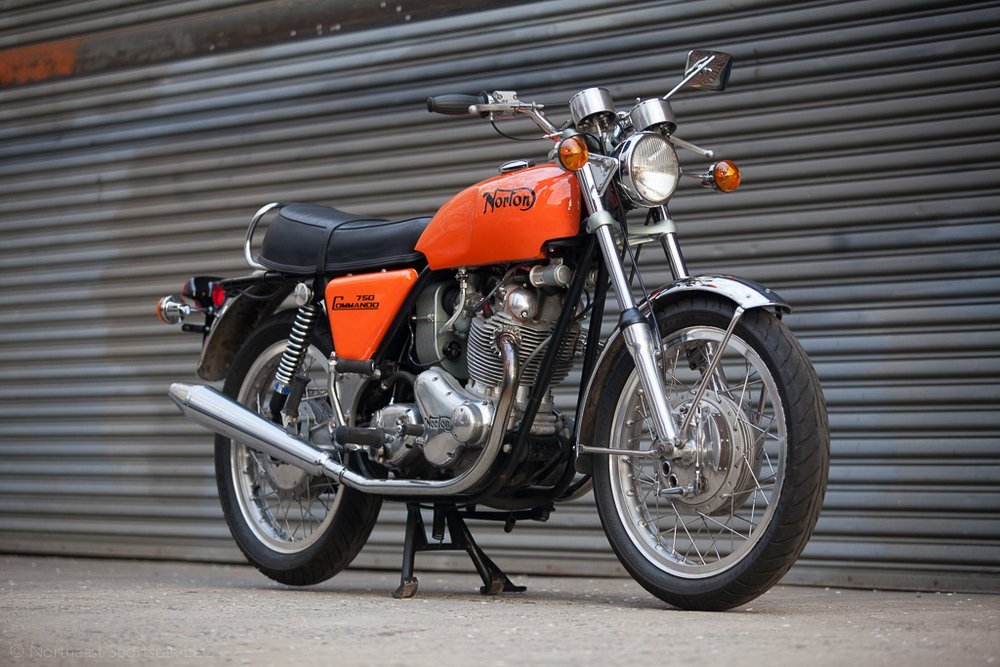 The 750cc Commando was the last of Norton’s big twins, and some believe the last great bike made in the United Kingdom before its motorcycle industry imploded at the end of the 1970s. It has a sharp, aggressive look-thanks to the forward sloping engine, fastback bodywork, and upswept exhausts-that still resonates with riders today.

During its ten years of production, the Commando was popular all over the world. In the United Kingdom it won the Motor Cycle News “Machine of the Year” award for five successive years from 1968-1972. Given that its engine was an old pre-unit design, even Norton’s chairman, Dennis Poore, expressed surprise at the Commando’s remarkable success.

While the Commando was a direct descendant of the Norton Atlas & the Dominator line before that, the Commando was definitely not evolutionary. It was revolutionary, a true game-changer. Not because of some amazing new engine, not because it was all that faster than the model it replaced. It was because the new Norton Commando solved, in one brilliant design concept, the biggest problem that had been nagging every British motorcycle manufacturer for the past 20 years. Vibration!

The Commando featured a unique “Isolastic” engine mounting system that gave the bike a smooth ride and exceptional handling compared to its peers. The system bolted the 58-horsepower motor, gearbox, and swing-arm assembly together and isolated them from the frame using special rubber blocks. The setup separated the driver from the vibration-prone engine and gearbox, isolating them from the discomforts. Top speed was a blistering 117 mph.

Another innovation in the Commando was the slanted cylinders. This was essentially the same engine as used in the Norton Atlas 750, but instead of being vertical like the Atlas, they tilted the Commando engine forward before mounting it, to give it a distinctive, more modern look. It worked. 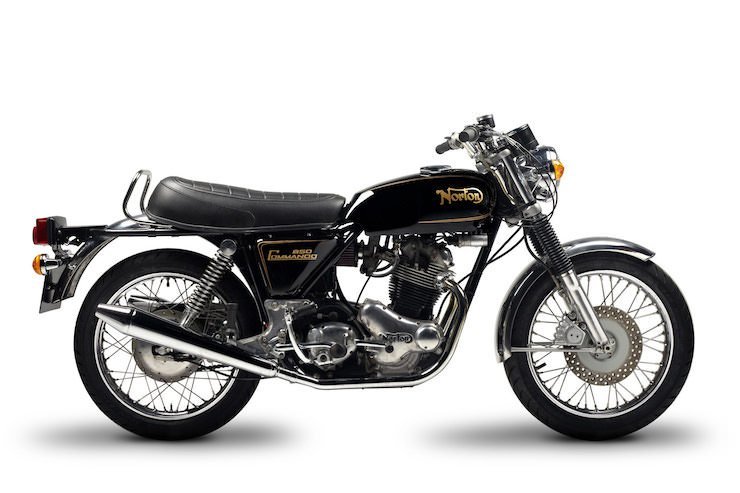 Norton Motorcycles spun several different models off the same basic machine. The Roadster (which was the basic Commando); The Interstate (designed as a long-distance touring bike); The Fastback (with special seat & fender); The Production Racer (a street-legal mildly-tuned GP bike); & The Interpol (the police version). Americans benefited from some of the special versions that Norton developed, notably the 1971 model Commando SS, a street scrambler with a small gas tank and high- level pipes. The Commando Hi-Rider model added a chopper-style seat to its similar tank and high- level bars.

The Commando was wildly successful, although Norton could never produce the volumes of bikes that Triumph did at the time. Demand outstripped supply, making them even more sought-after. The mystique continues today as Commandos are more popular than ever with collector & enthusiasts. Motorcycle Auctions bristle with various versions of the Norton Commando. They’re certainly fast enough & modern enough to keep up easily with todays’ traffic, making them an even better collectible. 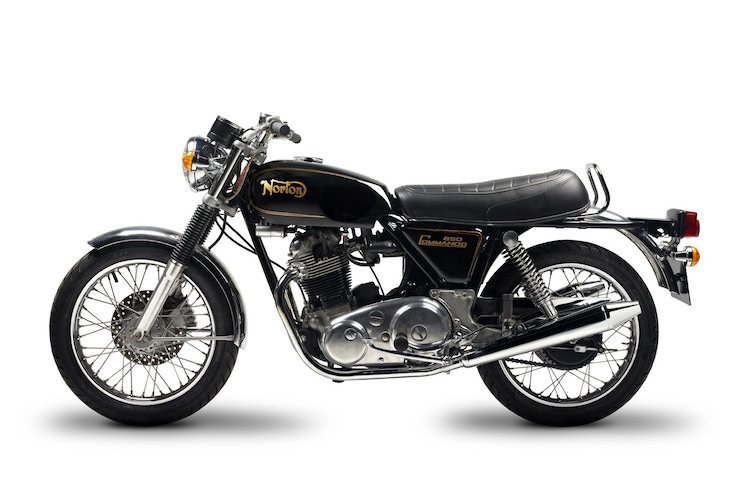 As with virtually all mass-produced Classic British Motorcycles, the Norton Commando is truly undervalued & underpriced in the marketplace. Buy one now before the world realizes that they can have an awesome machine like this for one third the price of a new Harley. But, with way more exclusivity.