Throughout the course of the last thirty years or so, we’ve seen some magnificently fast trucks come and go, some very quickly in fact. It all began with the GMC Syclone, a mini-monster that was purpose built to haul, but in somewhat of a non-traditional sense for a pickup truck. The Ford F-150 Lightning came next — a supercharged behemoth that could vaporize its tires better than anything this side of an NHRA track. Then came the king of the hill — the Dodge Ram SRT-10, a 500-horsepower, Viper-engined masterpiece that Carroll Shelby would’ve had fantasies about. Since then we’ve seen many more challengers to the throne, including trucks like the X5M, Porsche Cayenne Turbo S, but those are SUVs. When talking about pickup trucks, there haven’t been many since the mighty SRT. Speaking of Shelby, the F-150 Super-Snake had a limited run recently that could be considered the new king of the hill, but it seems that a tuner with a history its own is vying for the title of ‘World’s Fastest Truck’. Simply put, the Hennessey Mammoth 1000 TRX is the most powerful pickup truck in the world. Hennessey has been building insanely fast Vipers, Challengers and Chargers for many years. But it seems with the TRX, they wanted to try their hand at something with a bit more ground clearance.

Borrowing the already mega-potent supercharged Hellcat V8 from the Chrysler parts bin, Hennessey did what Hennessey always does — made it ridiculous, well, even more ridiculous. Taking an already stupidly powerful motor and pumping it full of what essentially would amount to automotive performance enhancing drugs, the Mammoth gets an even bigger twin-screw supercharger which displaces more volume than an entire Audi A4 engine. That 2.4-liter blower gets paired with bigger fuel injectors as well as a higher-flowing air-induction system. That combined with a performance oriented tune to the ECM blasts the power curve from a paltry 702-horsepower to a stupefying 1,012-horsepower and locomotive-like 969 pound-feet of torque. That power helps propel the Hennessey Mammoth 1000 TRX from 0-60 mph in a ridiculous 3.2 seconds and through the quarter mile in a staggering 11.4 seconds at 121 mph.

Now, that speed is just insane, but to put it into even better perspective, it helps to understand the sheer size of the TRX. Measuring 77.6 inches high, 228.9 inches in length and 82.1 inches wide, and weighing in at a gargantuan 6,396 pounds, the Mammoth lives up to its namesake. Not only that, it is capable of hauling payloads of 2,300 pounds as well as having a tow rating of 7,700 pounds and oh-by-the-way it can move up to six full sized adults.

So, simply put once again, the Hennessey Mammoth 1000 TRX is not only the fastest production truck in history, it also didn’t abandon its roots as a real truck. Now, the bad news. Unfortunately Hennessey will only be making 200 of these psychotic machines, and they will run about $150,000 give or take, which includes the cost of a new Ram as a donor car. There will be two options available for potential buyers. There are two stages available – Stage 1 or Stage 2 that will run you either about 15 grand or 20 grand respectively and offer up varying features like 35 or 37 inch off-road tires, custom bumpers, specific lighting as well as all the requisite Hennessey badging.

So while we will fondly remember the hotrod trucks of yesteryear like the Syclone and Lightning, it seems the Ram SRT-10’s great grandson has carried on the legacy of supertrucks, and although it will only be available in a limited amount, the impact it will have will be nothing short of … Mammoth. 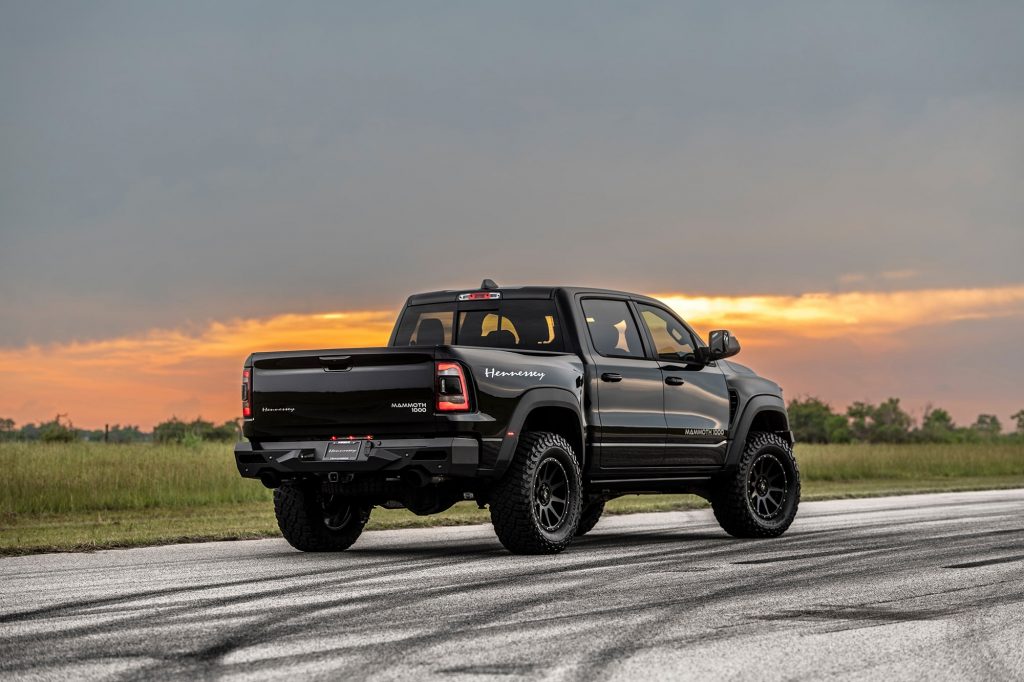 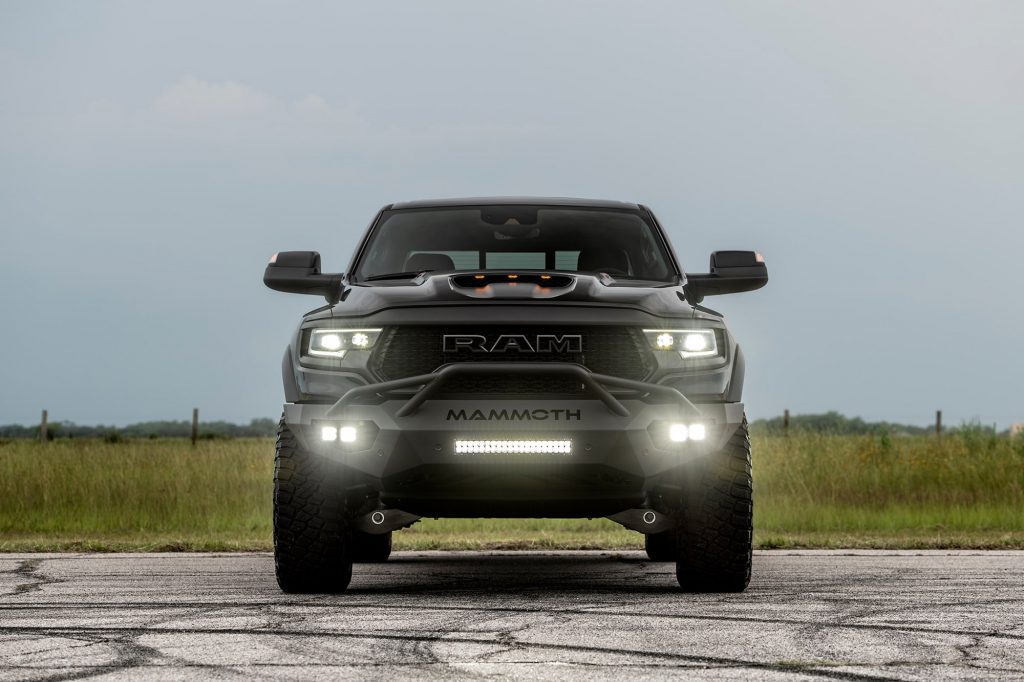