I started seeing the new Bronco on the streets and I have to say that I am pleasantly surprised at Ford’s execution of the iconic SUV. The Raptor version will be easy to distinguish from other models in the Ford Bronco lineup thanks to its aggressive styling, a much wider stance which is 9.8 inches wider than the standard Bronco. The front has a big bold grille, HD front bumper with tow hooks, removable LED fog lights, off-road lights, and integrated amber marking lamps to tie in the DNA of Raptor to provide a menacing look. The tires had to be big to fill the huge fender flares—Massive 37-inch BF Goodrich KO2s and they come standard.

The 2022 Bronco Raptor comes in ten colors, some you will have to pay extra. 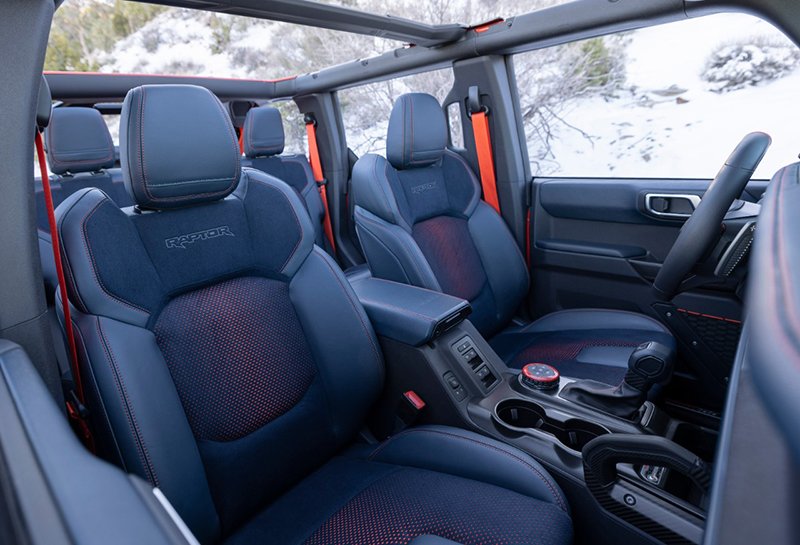 The Bronco Raptor is the most powerful street-legal production Bronco ever so you expect a healthy dose of ponies. Under the hood the Bronco Raptor will have a twin-turbo 3.0L V6 EcoBoost engine, with upgraded intercooling and air-induction systems to handle hot desert heat. Ford hasn’t released final numbers but did say that it is targeted to have 400+ horsepower.  A stock Ford Explorer makes 400 horsepower and 415 lb-ft of torque with a similar engine, so expect big improvements on that thanks to the Ford Performance team. 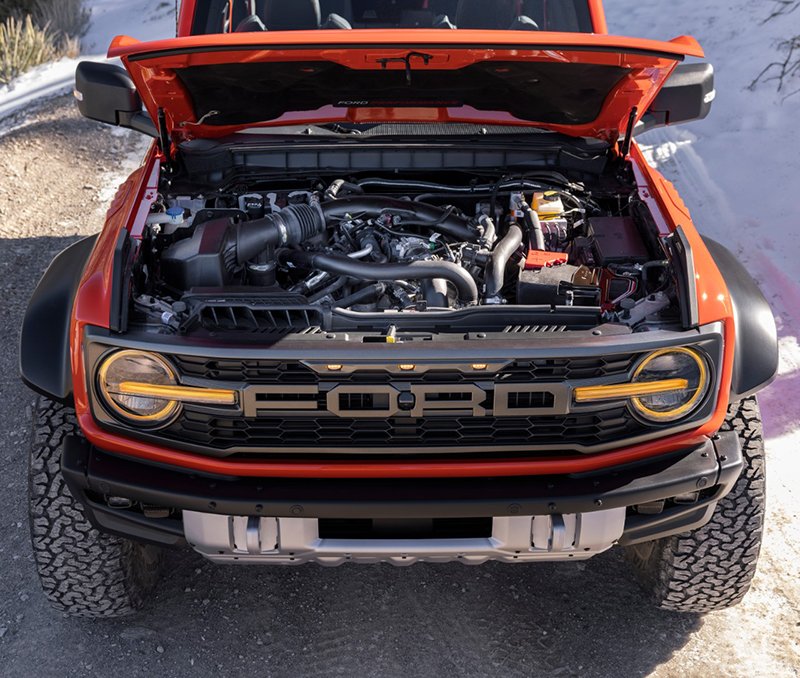 We don’t have an exact date, but the Ford Bronco Raptor vehicles will begin delivery in summer 2022. The Bronco Raptor starts at $71,490 including Destination, a slight premium over its larger F-150 Raptor brother.

It is great that Ford can build a bunch of brand new models, but I hope that they don’t forget all the people that have pre-ordered and are still waiting since 2020 because they can’t seem to be able to locate enough parts to build them.