2017 Chevrolet Colorado Pickup — Although full-size trucks are some of the most popular vehicles in America, trucks such as the Colorado make a great case for themselves as mini-me versions of the big haulers. Available with three different engines and an array of cab and bed configurations, the 2017 Colorado is a midsize truck that can get all sorts of jobs done.

Before the current model’s reintroduction, the first-generation Chevrolet Colorado debuted in 2004 as a replacement for the smaller, outdated S-10 pickup and continued until 2012. After a three-year hiatus the current Colorado was reintroduced for the 2015 model year redesigned from the ground up. Today’s Colorado is a hardworking truck (featuring class-leading towing abilities and a line of compelling engines) that makes it easy to relax. That’s because it has one of the nicest cabins in the class, treating travelers to an uncharacteristically quiet, comfortable ride.

If you’re looking for a small truck that’s both durable and affordable, the Chevy Colorado is a good place to start. Even with the base model, you get a good amount of amenities without having to shell out extra money. The base model Colorado offers a 2.5-liter inline-4, which is rated at 200 hp and mates with a choice of 6-speed manual and automatic gearboxes. For many light duty users, this 4-cylinder will prove to be more than sufficient. The Colorado’s included USB port lets you play music from your phone on the six-speaker audio system. A rearview camera and 4.2-inch display screen are also standard. These included amenities make the Chevrolet Colorado a great value.

New for 2017 is a 308-horsepower V-6, but features some fuel-saving tricks like cylinder displacement that lets it run as a V-4 under low-load situations. The V-6 comes mated exclusively to an also-new 8-speed automatic transmission. A trailer brake controller is also optional for 2017.

Between its three body styles and trio of trims, the Chevrolet Colorado caters to just about everyone. There’s a four-door crew cab with either a 5- or 6-foot bed for those who use their trucks like family vehicles. Solo drivers with more functional demands may be able to make due with the extended cab Colorado and its 6-foot bed. And there’s even a bed delete for commercial users.

For more luxury accoutrements and mild off-road ability, the Z71 is the next step up. It comes standard with most of the LT’s optional equipment, plus it adds dark-tinted 17-inch alloy wheels, all-terrain tires (instead of all-season tires), an off-road-oriented suspension, a locking rear differential, hill descent control, unique cloth and simulated leather upholstery, and other model-specific trim pieces. And as a final touch, the LT and Z71 also offer a seven-speaker premium Bose audio system and a navigation system

Even with the off-road-oriented suspension, the Z71 is still more oriented toward street use. For more ability off the beaten path, the ZR2 is your truck. The ZR2 has a raised suspension with special dampers, bigger all-terrain tires, fender flares, special bodywork for improved approach and departure angles and an electronically locking rear differential.

For even more grunt that’ll satisfy those who plan to tow heavy loads long distances, there’s a 2.8-liter turbodiesel inline-4 that arrived recently, making 181 hp and 369 lb-ft of torque. 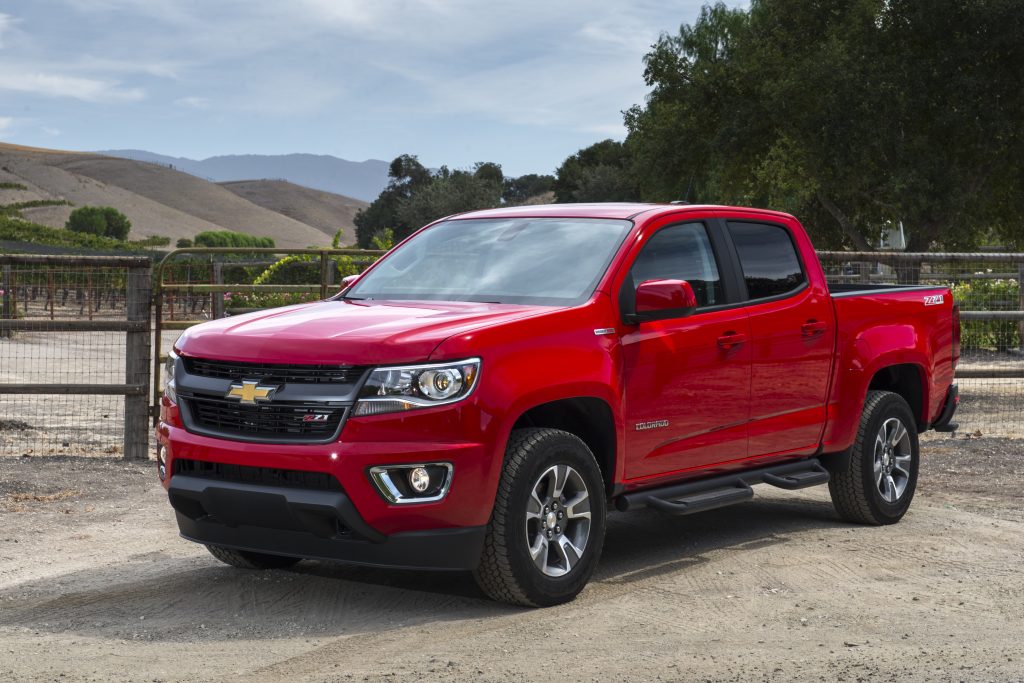