2018 Honda Ridgeline — Sometimes in a world of tough guys, it’s easy to get carried away with trying to be even more of a bully than the next guy. One guy burps, the next burps louder. One guy smashes a beer can on his head, the next guy smashes a bottle. One guy does a keg stand, and the next guy does a keg stand and push ups. On and on, it’s an endless cycle of masculinity and one-upmanship, yet sometimes, it is the one that zags, when everyone else zigs, that actually gets the prize.

The world of light-duty pickup trucks is a nasty business of excessive testosterone-infused rhetoric. Take a look at any football game on television on any given Sunday, and you’ll be witness to at least one in-your-face, over the top, our-company’s-truck-is-better-than-theirs commercial during every break. But, aside from the Ford, Chevy, Dodge rough-and-tumble battle, there is another truck that has been slowly improving and taking a very different approach to the domineering cliches. The 2018 Honda Ridgeline

The original Honda Ridgeline took a very quirky take on how to execute a pickup, but after a three year hiatus, it reemerged as a much more truck-like truck. Or at least it looked that way. The 2018 Ridgeline still uses the same passenger-car unibody construction that the original was designed with, as well as also using the same independent rear suspension, which is another unique feature that Honda employed to differentiate its pickup from the rest of the crowd. Despite looking much more pickup-y, the Ridgeline still has an amazingly quiet and settled ride. The other defining characteristic of the Ridgeline is that it uses front, not rear-wheel drive as its base drivetrain. All-wheel drive is available and optional.

The 2018 Honda Ridgeline still utilizes the same 3.5-liter SOHC all-aluminum i-VTEC V6 that produces a solid 280 horsepower at 6,000 rpm and 262 lb-ft of torque at 4,700 rpm. Backing up that power is the same six-speed automatic that is the only choice of transmission. That power is adequate enough to help the Honda be solid off the line. It posts a decent 0-60 mph time of 6.6-seconds, and manages to haul its 4,242 pound heft around the skidpad to the tune of 0.80g despite being a bit nose heavy with a 58.6%/41/4% front/rear weight bias. Unfortunately, while that V6 helps the Ridgeline post incredible EPA numbers, in pickup truck terms anyway, with a 19/26/22 city/highway/combined mpg, it does pay the price with its limited to only 3,500 pounds and a total payload capacity to 1,465 pounds.

The Honda Ridgeline is equipped with a host of active safety options like Vehicle Stability Assist with Traction Control, electronic brake distribution, brake assist, tire-pressure monitoring and a multi-angle rearview camera. Inside, the Ridgeline shines. Compared to those tough guy competitors, it is simply posh by comparison, and anyone that says they don’t enjoy a soft, comfortable ride is either lying or has some issues to work out. Optional 10-way power seats come trimmed in leather and also offer optional heating for both the front seats and steering wheel. Not surprising, the Ridgeline leads its class in lowest interior sound levels. There is an optional 8.0-inch touchscreen infotainment system that offers up things like navigation, Bluetooth connectivity, and even sports an optional eight-speaker, 540-watt audio system that offers up a truck-bed audio system, which is a marvelous party-trick that helps the Honda stand out in a crowd.

The 2018 Honda Ridgeline starts at $30,725 and isn’t going to win any arm-wrestling championships against Ford or Chevy. But when family-oriented buyers need a versatile pickup that won’t upset their budding family, and do 90% of what the big boys can do for 110% of the comfort, it’s going to be hard to ignore the only one in a crowd of yelling tough guys, that actually has some manners. 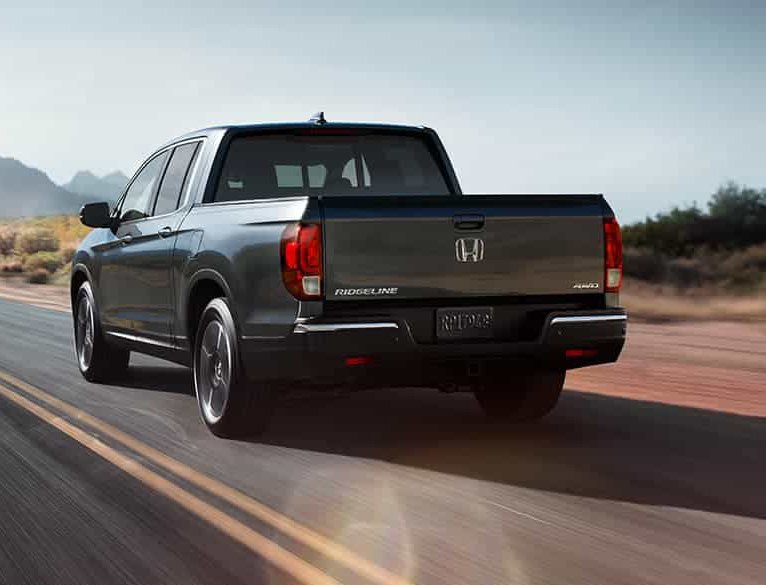 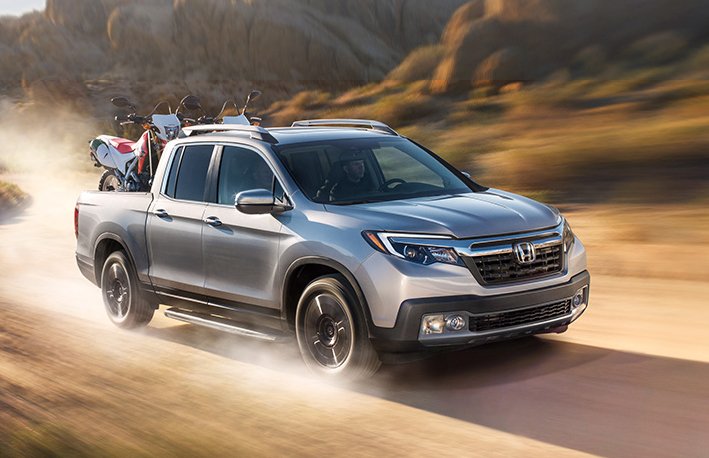