2020 FORD F250 SUPER DUTY LIMITED — It’s hard to believe marketing these days. We have been bombarded with promises and claims that are not only exaggerations, but oftentimes, bold-faced lies. Cigarettes used to be marketed as health aids — the diabetes inducing, yet insatiably delicious Nutella was marketed as being part of a healthy diet. So with all these ill-fated ideas still lodged in our brains, it’s no wonder that we are a little skeptical of things truck manufacturers tell us about how somehow all of their trucks seem to be the best one, or are at least the best in a particular category, against a particular set of competitors, in a particular year, also presumably when the planets are aligned in a particular fashion, on a leap year.

But, all that being said, sometimes, there is some truth in marketing. Ford, Chevy, and Ram have been battling for pickup truck supremacy since Ram trucks were made by Dodge. And each and every year, somehow everyone gets better, and every truck is the best, and that’s just not possible. But, new for 2020, the F-250 Super Duty Limited might just be telling us the truth.

The current generation of Ford Super Duty dates back about three years ago. It was a solid truck, but could have used a few tweaks, and it seems that Ford agreed. Staring with what matters most to truck buyers — the engine, Ford decided to drop in their third get 6.7-liter V8 Power Stroke turbodiesel. This massive beast of a heart has all kinds of upgrades over its predecessor including things like high pressure smart injectors that have precisely metered sprays into the cylinder to get the most efficient use of power from that big block. The block itself is also redesigned to make it not only stronger, but also to reduce friction — as are the head, pistons, connecting rods and bearings. Stronger is a good thing, because this engine pumps out a silly 475-horsepower and a dumbfounding 1,050 lb-ft of torque. Both figures are legitimately, as of this writing, class leaders (for real). Even the turbochargers were tweaked to help throttle response kick in a littler quicker, as well as to reduce the parasitic losses normally associated with blown motors.

All of that stupid power is worthless if it doesn’t get to the wheels, so to do that job right, Ford 86ed the old six-speed auto and replaced it with a much stouter 10-speed automatic, which only weighs about 4 pounds more than its predecessor, and still uses stronger parts than its light duty sibling found in the F-150.

Inside, the Ford Super Duty Limited plays out that trim level to the max. It’s hard to think of a truck that can tow a 747 down the highway as luxurious, but you might just be surprised. A heated steering wheel as well as heated and vented seats hold you nicely in place and work well for long drives. There is a nice lumbar adjustment and even a massage function that we have no doubt, will sway a couple new buyers over from Chevy. The great B&O Sound System works wondrously with either Apple CarPlay or Android Auto.

There is also a host of safety features, one would not normally associate with a big, burly truck. But, with things like lane-keep assist, lane-departure prevention, automated emergency braking as well as adaptive cruise control and blind spot monitoring with trailer coverage, there is almost no reason you can’t sit back and enjoy that massaging seat in total road-going tranquility.

Pricing is still not quite set, but the Ford F-250 Super Duty with rear-wheel drive and regular cab starts at about $34,000, so the Limited package should bump that price up just shy of the 40k mark. But for what you get — a capable off-road pickup that treats you like a country Rolls Royce inside, and has enough power to move mountains, that price tag doesn’t look so lofty after all. So the next time you hear someone on TV tell you that Sketchers Shape-Ups will make you into a super-fit power walker, just remember that sometimes, just sometimes, some of those claims are true. No, not the Sketchers, but when Ford says the F-250 is the most powerful and posh pickup in its segment, they aren’t lying to you. At least for now, and that’s good enough for us. 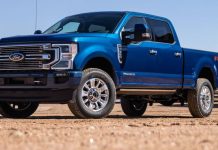 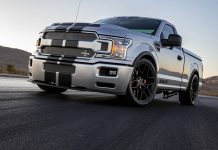 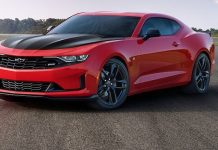