How many times do you find yourself saying, “I could really go for an RC Cola right now”? Or what about that insatiable desire to go down to the local Roy Rodgers or Arby’s and have yourself a nice burger or sandwich? Or how about how many times you find yourself paying for something and just have to use your Discover card? Probably not very often, right? Typically, the big two or three players in each and every market tend to garner the most name recognition … which is an interesting chicken or the egg question for some other time. But, the point being is that sometimes, we get so overly consumed with focusing on just the gold and silver medal winners, we often times forget the guy or girl that won the bronze worked their butts off to get up there too.

So how does this relate to trucks you may be asking? Well, in the world of full sized pickups, it seems pretty clear that Ford, Chevy and Ram dominate heartily. They spend millions every year to grab our attention during football games, and baseball games, and on billboards and on popup ads. But, while those big three are savagely bombarding us with marketing napalm, we forget there are other players in that field. And the new 2020 Nissan Titan is here to remind us.

In somewhat of a lackluster release way back in 2004, it seems that everyone … including Nissan, forgot about the Titan. It remained essentially unchanged until 2017, which in pickup truck years, made the Titan a fossil. But, it seems Nissan decided to get away from their formerly lackadaisical attitude and re-up a mere three years later, and we have to say, we’re kind of impressed.

The biggest news is the Titan’s 5.6-liter Endurance V8. It produces a legit 400-horsepower and 413 lb-ft of torque, thanks in part to a higher octane thirst and the need for premium fuel this time around. Be on the lookout for Nissan’s marketing scheme which will say something like “the most powerful standard V8 in its class” which just means in terms of non-optional engine choices, this is the best one … once you start looking for bigger and stronger V8s, you’ll find them on the option sheet of the competitors. Still, it is an interesting spin that will undoubtedly get some attention.

Backing up that massive standard power is a brand new Jatco 9-speed automatic transmission. This slush box ups the ante two full gears to help the Titan feel very nimble and never caught out of step on the highway or around town. Those copious amount of shifting options combined with a new 3.69:1 axle ratio assures us that the Titan will be insanely quick for a full-sized truck once we can actually test one out.

Inside the Titan is a real treat. Acoustic glass is used everywhere so the cabin is library quiet, and the huge 9-inch infotainment touchscreen compliments the 7-inch driver information screen nicely, supplying all the pertinent data in a very user-friendly fashion. The addition of heated and ventilated seats as well as Apple CarPlay and a handful of USB ports is a nice move into the new decade, good job Nissan for getting out of the Bush administration.

Towing in the 4×2 models is an impressive 9,350 pounds, while the 4×4 can handle up to 9,210 pounds — both figures settle in nicely within the competition. Acceleration, fuel economy and price are not available yet. But we do expect the 2020 version of the Titan to start a little over the 2019’s $30,690 base price.

So keep your eyes open for the new Nissan Titan, and remember that just because you’ve never explicitly said you want and RC Cola or anything off the menu at at a Roy Rogers doesn’t mean that they aren’t any good. If Nissan has proven us anything with the new Titan, it is that for some of us, third or fourth place, might really be first after all. 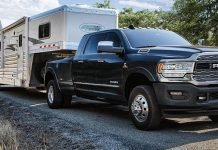 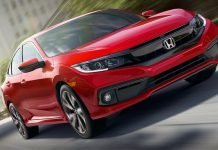 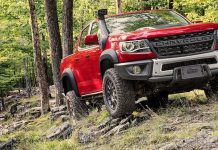 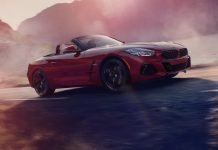 How to Protect Your Car from Road Salt