Don’t look now, but the future is here. Whether it was Terminator, iRobot, or The Matrix, we’ve all seen it coming. We knew it was going to be a reality eventually, but knowing something conceptually and actually having to deal with it in real time are very different things. The Prius got the ball rolling, and Telsa took things to a whole new level. But now electric cars are not just fringe models at dealerships — they are dealerships. Ford jumped on board with its Lightning EV, and recently we’ve seen the Amazon-backed Rivian come out swinging to take a bit out of the full-sized e-truck market. And now, Chevrolet finally has gotten to the table to combat their age old Blue Oval nemesis with the 2024 Chevrolet Silverado EV.

At first glance the Chevrolet Silverado EV looks like the old Avalanche set in a Back to the Future movie, but don’t let looks fool you. This truck shares exactly zero body panels with the current fossil fuel version bearing the same name. It does however share the same platform as the upcoming Hummer EV, which GM calls its Ultium EV platform. By comparison though, the Silverado is nearly a full foot longer (10.1-inches to be exact), measuring 233.0-inches long and sports a substantial 145.7-inch wheelbase.

It may not be at first glance you notice the underbody of the Silverado EV, but Chevy did a good job of streamlining things to the extreme. That is because the Silverado EV, like all electrically powered cars and trucks don’t have to bother with any of those messy exhaust systems or longitudinally-mounted driveshafts. This IndyCar-level underbody will undoubtedly come with some very efficient drag coefficient numbers when we finally get to test this beast. Holding up those smoothed out body panels (and everything else for that matter) is a very trick air suspension that can change the ride height of the EV by up to 2.0-inches so you can adjust your truck to your specific driving needs.

Power comes from and incredibly powerful dual-motor setup at each axle. The First Edition of the Chevrolet Silverado EV will be able to make a total of 664-horsepower and a massive 780 pound-feet of torque. That peak power comes from what GM calls Wide Open Watts or WOW for short, which is essentially like the turboboost button on older video games, but is able to be sustained for a bit longer than expected. Of course, all that power is very important because like most EV trucks, the Silverado is heavy. No official weight is out there as of yet, but the Silverado’s cousin, the Hummer EV Edition 1 tips the scales at a Titanic 8,976 pounds. We don’t expect the Chevy to weigh quite that much, because the thinking is that the Chevrolet Silverado EV will be used for a bit more work than the Hummer and thus will need to be able to have a higher payload and towing capacity than a Hummer would.

The Silverado EV also comes with a host of trick features that make for great selling points. Without the engine, the front trunk or frunk as some call it adds significant storage space. GM opted to go with the very official sounding ‘eTrunk’, presumably because the eTrunk allows access to the 10.2 kW of power through an outlet located inside. There are a total of 10 outlets around this truck, allowing you to power everything from a generator to power tools to a blender or food processor if you really wanted to get creative at a tailgate. And speaking of tailgates, the EV of course gets GM’s fancy Multi-Flex Gate that offers a workstation, supplemental storage and a bed extender. There is also a pass-through gate that allows for even more room to store longer items out back. Fold the rear seats down and extend that Flex Gate and you get yourself up to 10 feet 10 inches of bed.

Pricing for the Chevrolet Silverado EV RST First Edition, with all its bells and whistles is expected to chime in at a lofty $106,695, while the cheaper and more work oriented WT trim will come in at less than half of the First Edition’s price at just $41,595. So like it or not, the future is here, and with all the features the Silverado EV comes with to the table, there isn’t much not to like just as long as we don’t see any ‘Skynet’ options being offered up. 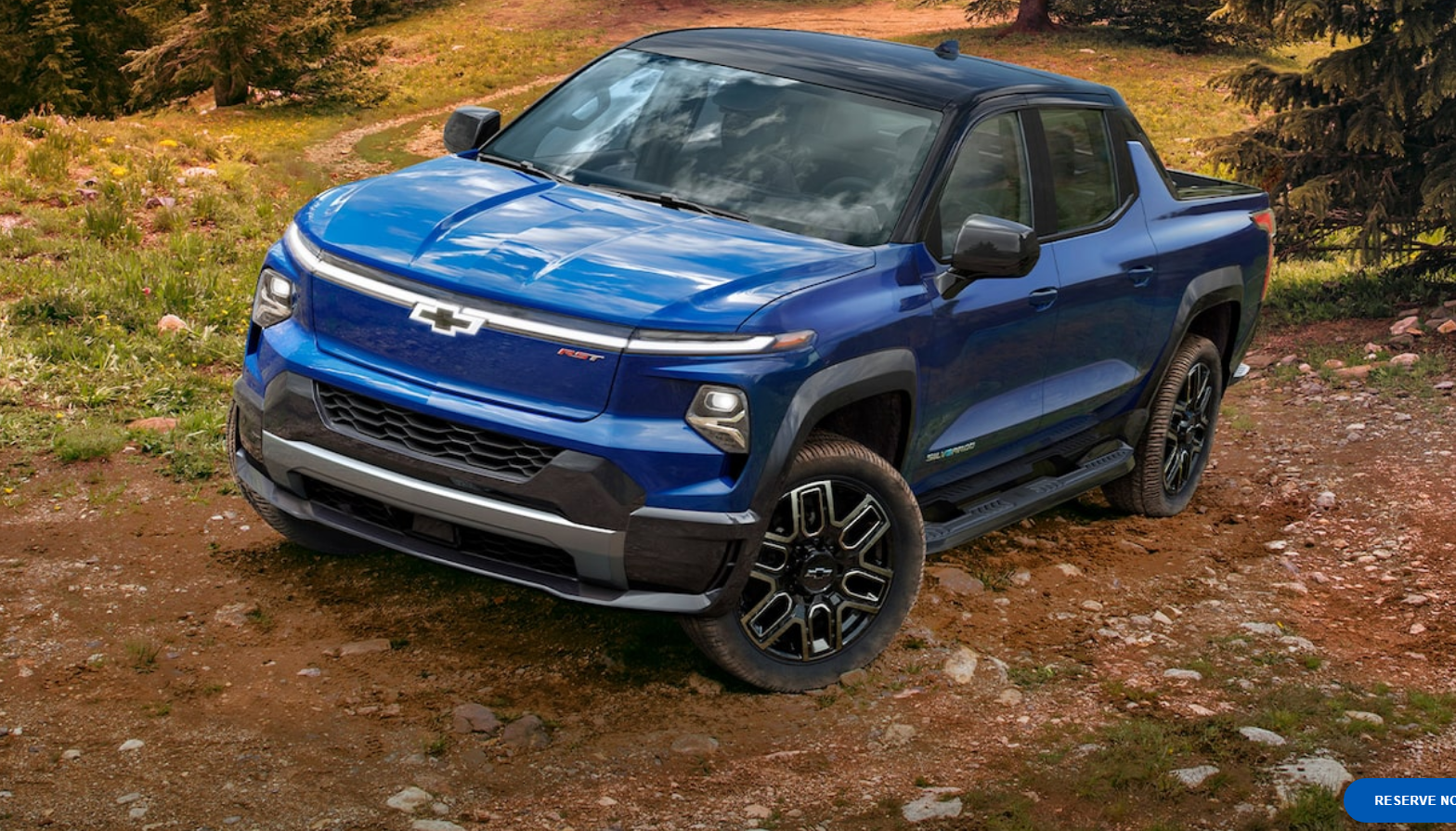