Some cars and trucks are just ahead of their time. Sometimes, the world is just not ready yet for an idea; it’s either too soon, too much, or just too unusual for the world to deal with and, as such, that idea usually either dies or goes into hibernation until the world catches up. Such was the life of one of the quickest and fastest trucks ever produced. The GMC Syclone was not a high-selling success, but this tricked-out pickup truck brought new meaning to the word “Hauling.”

This pint-sized pickup started off life as a garden variety GMC Sonoma, but went on to be the first hot rod truck ever produced by a dealer. Starting with a very spartan 3500-pound truck, GMC sent their mild-mannered pickup to Production Automotive Services, Inc. (the same company that produced the 1989 Turbo Trans Am that went on to become one of the quickest Firebirds Pontiac ever released) and got back a 4.3-liter turbo-charged, liquid-cooled V6 nightmare.

This GMC Syclone pickup definitely knew how to get-up and go. Running an advertised 280 horsepower through all four wheels (with 65% power going to the rear wheels, and 35% going to the front) and a torque rating of 350 lb-ft, this truck out ran most cars of its day. There are rumors that the true horsepower figure of the Syclone was closer to 330, and with 0-60 mph numbers in the Corvette-beating 4.8-second range or a 13.4-second quarter mile time, 330hp seems like a distinct possibility.

The GMC Syclone used the same transmission as that Corvette it just smoked off the line: A TH700-R4 four-speed automatic with a 3.42 final drive ratio. Gas mileage hovered around 14/17 city/highway which isn’t great, but then, no one really bought a Syclone for its economical nature. Sadly, the Syclone was produced for only the 1991 model year. 2998 of them to be exact, while only three 1992s have been rumored to have been produced. One of those is reported to be in a Michigan museum, while the other two are unaccounted for. GMC made color choice easy for its almost-3000 buyers, you could get a black Syclone, or you could go back the way you came. GM did use two white Syclones for promotional events, but they were not painted by the factory.

Despite its deplorably low sales numbers, car magazines fawned over the novelty of a hotrod pickup and pitted the GMC Syclone against a Ferrari 348ts, where the minimalist GMC beat the prancing horse to 60 mph and through the quarter mile. Top end, the Ferrari regained its lost respect by destroying the pickup on the top end. The Syclone was electronically limited to 126 mph while the 348ts kept up the onslaught until nearly 170 mph. One GMC dealership actually raced a Syclone against the venerable 385-horsepower Testarossa, and surprise, surprise, the Syclone won hands down which garnered the performance pickup a worldwide rep as being nothing short of badass. Of course, the test was performed in Colorado at 5,800 feet of elevation where the Syclone’s turbos would be much more efficient than the oxygen-starved naturally aspirated V12 of the Ferrari… But that’s just semantics, right?

Brand new, the quickest production pickup would run you anywhere from $25,970-$26,120. Used prices vary, but a decent example will run you anywhere from $15,000-$25,000, depending on mileage and condition, that is if you are lucky enough to hunt one down. Although the GMC Syclone was created for only a single model year, it goes to show that if you do something crazy enough, impressive enough, and so far ahead of its time, it will be remembered and its true value will eventually be realized. The Syclone was far and away the quickest and fastest production truck the world had ever seen. It took eight years before the Ford F-150 SVT Lightning came around to challenge the Syclone for the title of quickest truck, and although the record books will say that the SVT and then the SRT-10 Ram pickup are the fastest top-end trucks, none of them have been able to match the Syclone for the 0-60 title, thanks to the AWD setup of the archaic GMC.

So, the next time you pull up to a funny-sounding small black pickup truck in your Viper, Porsche, or Corvette, just know that you might be in for the race of your life, thanks to some very forward (and crazy) thinking maniacs over at GM twenty years ago. As it storms off the line, it might just be a little easier to understand the simplistic genius that brought that powerful pickup to life, and smile, even though you just got humiliated. 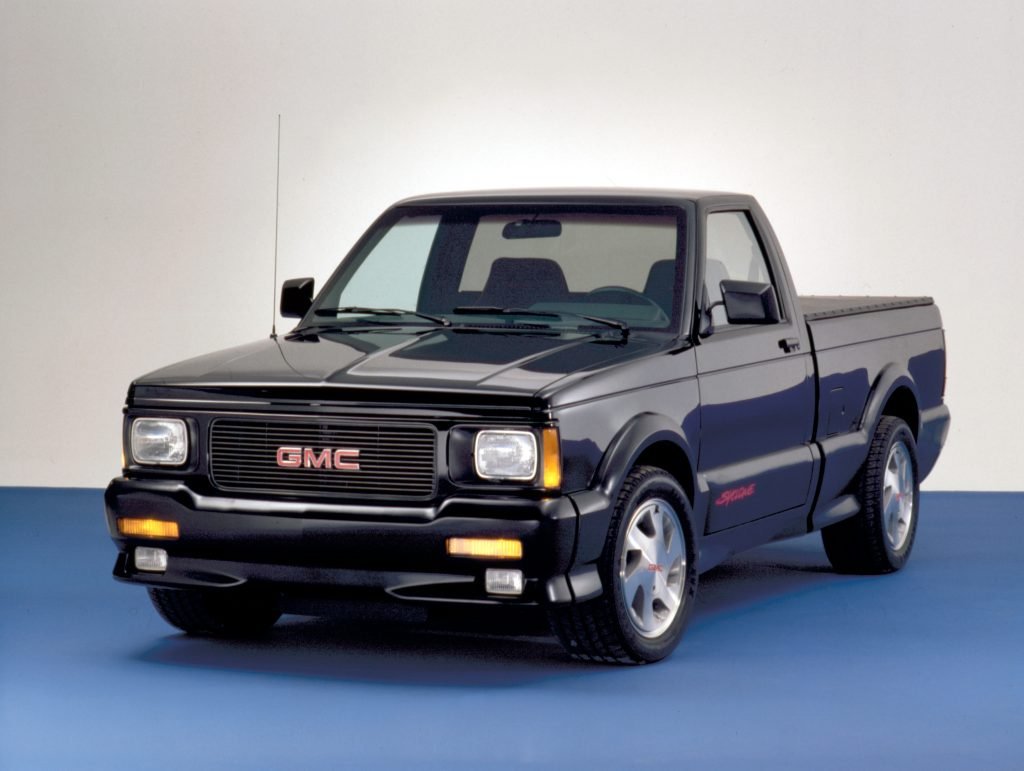 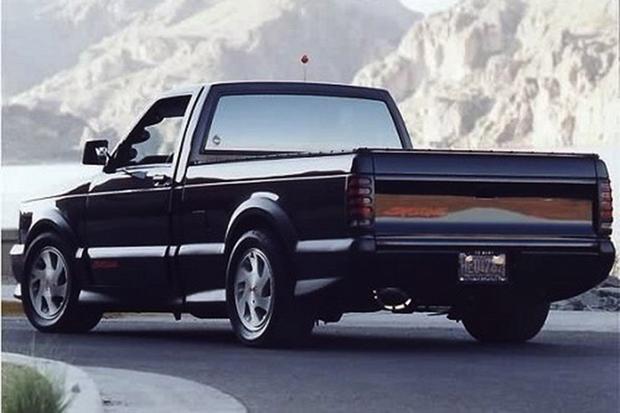