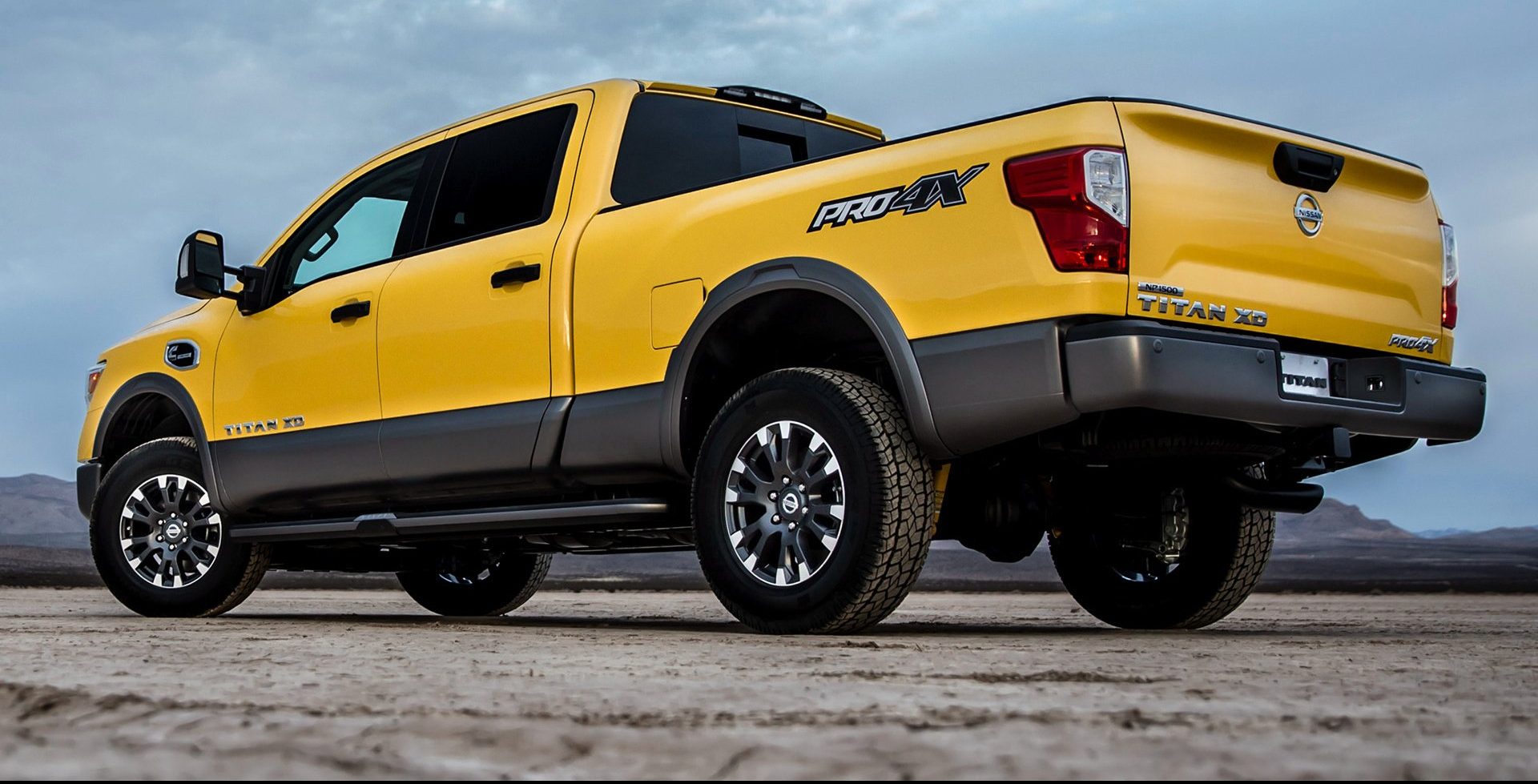 Nissan Titan XD — If you haven’t already noticed by now, there is basically a car or truck for every walk of life, every facet of the imagination, every potential and possible need, desire, want, or passing idea. And the 2017 Nissan Titan XD occupies a slim section of white space in the full-size truck market. In designing the Titan XD, Nissan engineers felt there was a section of customers being underserved by modern trucks, customers who needed a bit more capability and performance than a 1/2-ton could offer, but who didn’t care for the overkill found in the modern heavy-duty truck market in terms of price and power output.

Surprisingly, the Nissan Titan has been around since 2003, and its first generation finally came to a close in 2015. The debut of the second generation came in 2016 and with it comes the Nissan Titan XD. Sure, there will be a “regular” version, but the XD is the one to get, if you’re going to get one at all, that is. So, like we said, there is a car or truck for every niche, and Nissan decided it was going help those terribly pained consumers that just can’t decide if they want a half-ton truck or a three-quarter ton truck. Those handful of lucky men and women don’t have to worry any longer because the Titan XD has arrived… and is somewhat like a three-eighths ton truck… Great? Not only that, Nissan tried to release the Titan initially as a diesel-engine only. And while the Cummings diesel was a solid piece of machinery, there is still some skepticism and stigma attached to diesels that many novice truck owners can’t, or won’t, get past. So while we will scold Nissan for trying to be a bit too extra with their Titan, we will commend them for altering their plan a bit and offering a very viable option: A standard gas engine.

The 32-valve DOHC all-aluminum, direct-injected V8 is a very nice motor indeed. Built in Tennessee, and named the Endurance for whatever reason (maybe it was inspired by NASA?), this new motor, which is actually a very updated version of their previous V8, comes to play with some serious motivation. Producing a very respectable 390 horsepower @ 5,800 rpm and a decent 401 lb-ft of torque @ 4,000 rpm, the XD, while not extremely impressive, does produce well enough to hold its own. Backing up that power is a 7-speed automatic (with manual shifting mode), which is one speed more than the diesel had. Depending on which trim level you choose, the Titan XD can vary in weight from 6,000–6,800 pounds and thus can also vary in acceleration times. 0–60 mph comes up in 6.6–7.3 seconds, 0–100 mph takes anywhere from 21.5–23.5 seconds, while the quarter-mile time takes 15.0–15.6 seconds, with a top speed of 105 mph.

Those variations can take shape in any one of five different trim levels for the Nissan Titan XD: S, SV, Pro-4X, SL, and Platinum Reserve. Like most any car on sale, the number of exciting and sometimes frivolous options grows with the bottom line of each additional trim level selected. The basic S comes with minimal amenities like remote keyless entry and NissanConnect for mobile apps. The SV comes with all the S features plus things like standard towing equipment, advanced Drive-Assist Display, and some extra chrome bits. The Pro-4X starts to tack on some serious features and distinguishes itself above the first two trim levels with things like 18” aluminum wheels, Bilstein off-road performance shocks, an electronically locking rear differential, a transfer case and skid plates for the lower radiator, as well as Hill Descent Control. Clearly, the Pro-4X is the off-roading enthusiast’s trim of choice. The SL takes the SV a step further and includes a remote engine start/stop feature with remote climate control, leather seats, and a premium sound system. The top-of-the-line Platinum Reserve gets all the SL features plus 20” dark chrome-clad wheels, specific two-tone leather seats, and Around View Monitor with Moving Object Detection or MOD for short.

One of the big issues with the Nissan Titan is its price. It’s not quite as cheap as, say, a Toyota Tacoma, but isn’t too much bigger than a quad-cab version, yet it has a price tag that hovers around the same as an F-250 or even F-350, yet it isn’t nearly as big as those monsters. The Nissan Titan starts as low as $36,290 for the S, and climbs all the way up to a base price of $53,830 for the Platinum Reserve version. Fifty grand for a truck that isn’t quite a full size pickup is a bit of a stretch, and we think that it will be a tough sell to anyone outside of Nissan diehards. While this new generation is still relatively new, judging by previous sales numbers, the Titan will continue to hover near the bottom of the truck sales list. Maybe it’s the confusing name—if a truck is called “Titan”, one would think it would be pretty big in stature, not a glorified tweener. The Titan may have some nice features, and certainly tries to offer something in a unique way, but, as history has shown, sometimes we need fewer choices, not more. 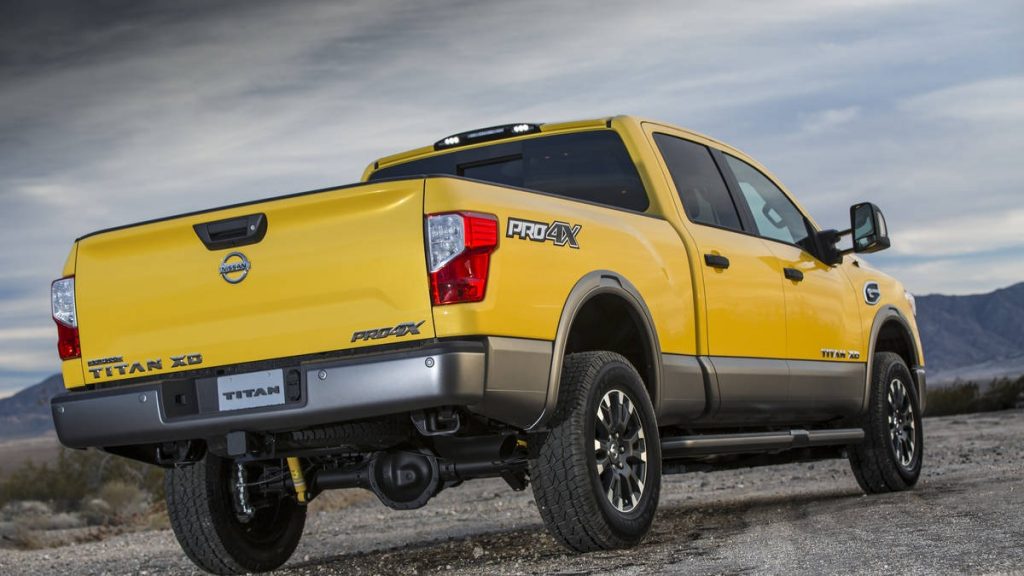 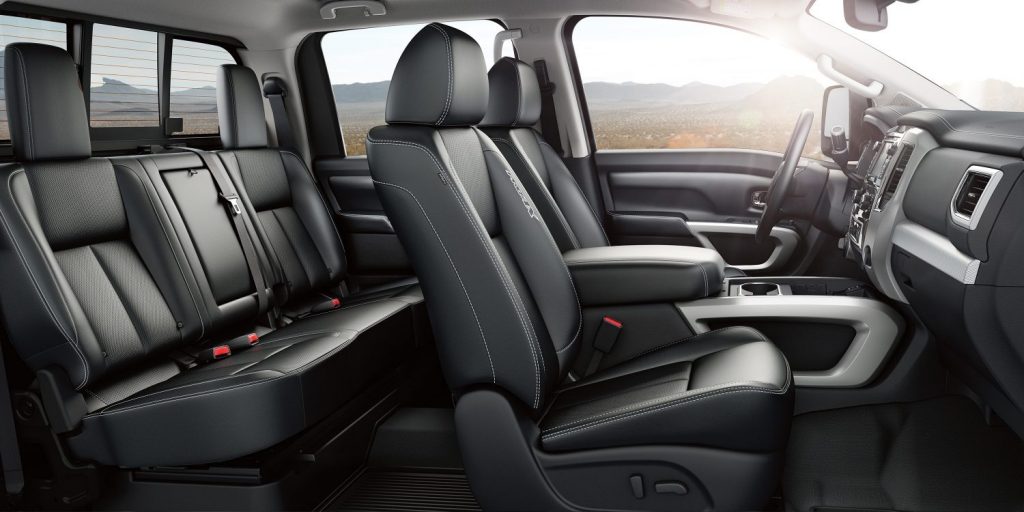 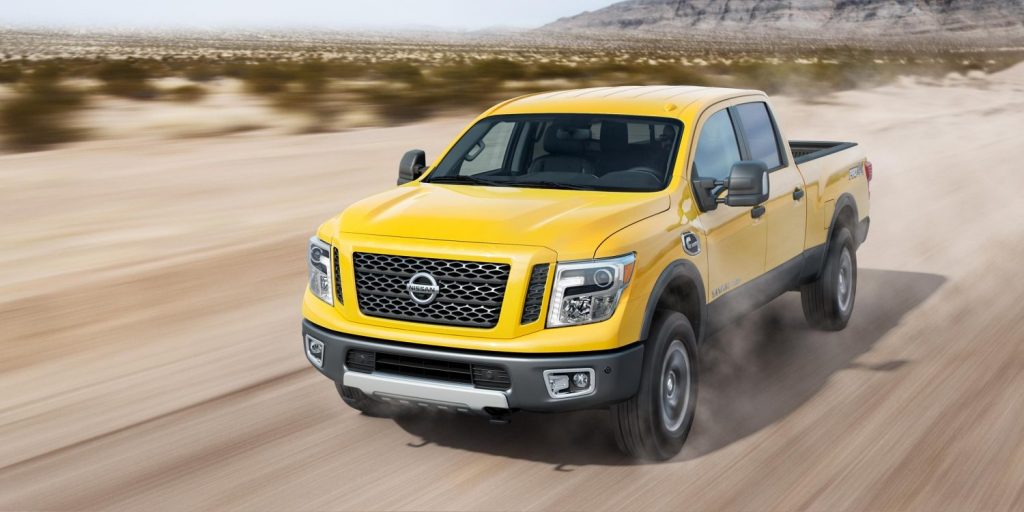