The Hatfields and the McCoys, The Montagues and the Capulets, the Republicans and the Democrats, Biggie and Tupac, even Team Jacob and Team Edward from Twilight fame … throughout the course of human history, one thing is for certain: we love to pick sides and feud with one another. And while all of the aforementioned battles have gained their fair share of excitement and notoriety, in some ways they pale in comparison to the pickup truck wars that have been raging on for decades in the United States. Ford, Chevy, Dodge, and even Toyota battle each other in the full-sized pickup market year after year, relentlessly trying to one-up each other in what ultimately has become a three-ton game of leap frog.

The Ford F-150 is and has been Ford’s champion steed, winning sales races with such frenetic fervor that it could sit in a stable next to American Pharaoh or Justify and look right at home. Of course, Chevy and Dodge have bested the mighty Ford now and again, but the F-Series has more wins than losses. For 2018, the F-150 picks up where Ford left off last year and continues to boast as the only full-size to have an aluminum body instead of the tried-and-true steel. It was a gamble on Ford’s part, as aluminum is hard to fix and of course is less rigid than steel, which opened Ford up to marketing mockery from its competitors about being weak, but it seems that even customers wearing cowboy boots are concerned with things like better fuel mileage, and due to the decrease in actual weight of the truck, the tow and payload ratings actually went up as a result.

The biggest news for ’18 is that Ford now offers a 3.0-liter V6 Power Stroke diesel engine specifically for its light trucks. This new engine borrows heavily from the monster 6.7-liter Power Stroke diesel that sits in many of Fords bigger commercial-minded trucks. This engine sports a forged steel crank, a compacted graphite iron block, dual fuel filters, two-stage oil pump while it’s 29,000 psi fuel-injection system does its work with minimal noise and maximized power and response. All in all, the Mighty Mouse motor delivers a solid 250-horsepower at 3,250 rpm and a sizable 440 lb-ft of torque at an incredibly low 1,750 rpm. All of that massive power is sent through a 10-speed automatic transmission and then onto either just the rear wheels or to a transfer case and out to all four corners, depending on whether or not you have opted for the 4×2 or the 4×4. 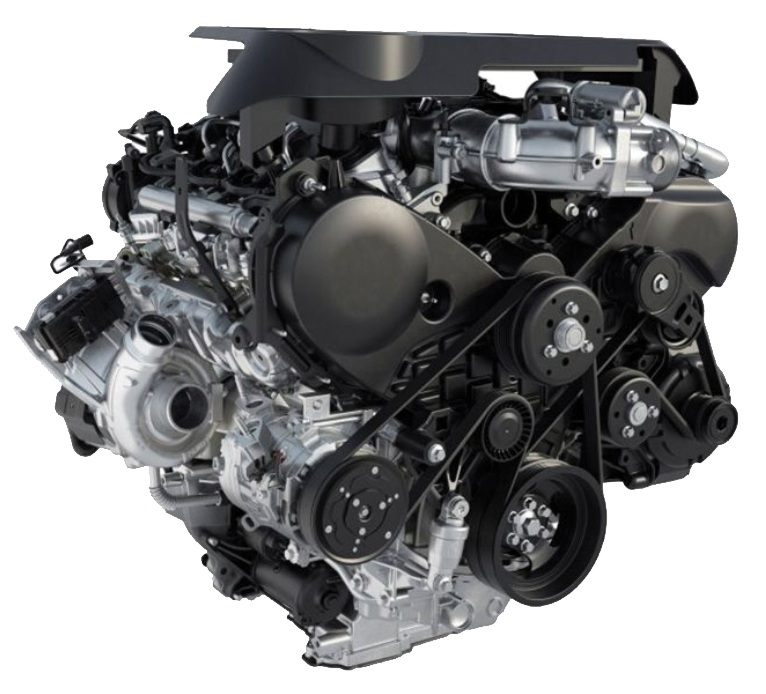 Towing capacity hovers right around 11,400 pounds and curb weight sit at just over 5,000 pounds for the standard 4×2 but can vary depending on what configuration you ultimately choose to go with. The big numbers come from the EPA though, as the little diesel makes its mark by posting 22/30/25 city/highway/combined for the 4×2 and only slightly less 20/25/22 city/highway/combined mpg for the 4×4. In terms of class domination, those numbers are the automotive equivalent of a mic drop — at least for now.

For further proof that the 2018 Ford F-150 Diesel is a true thoroughbred, it’s as easy as climbing inside and going for a ride. The very low torque peak helps out not only with towing and hauling, but also for off-roading adventures as well. Hill climbing and river-fording all benefit from having some serious low-end grunt. Both high and low range work very well, while the ten-speed transmission shifts almost imperceptibly at times between gears. The biggest thing you will notice, is ironically what you won’t notice — noise. Diesel trucks have earned a very legitimate stigma as being overly harsh, noisy and rough around the edges. But not this truck. There is no distinctive diesel knock from the outside of the cabin, and once you’re inside, you may have moments where you aren’t sure if you are driving a diesel pickup or a Cadillac Escalade. It can be that quiet.

The F-150-D will run you about 50 grand depending on options, but that’s right about where everyone else is at for comparable vehicles, so there shouldn’t be too much sticker shock if you are actively shopping around. Besides, what is the price of owning the winner of a 50-plus year feud? To come out victorious is damn near priceless in a battle like Ford vs. Chevy. The only problem is, that victory is probably only going to last until the next Silverado hits the showroom floors. And the battle rages on …