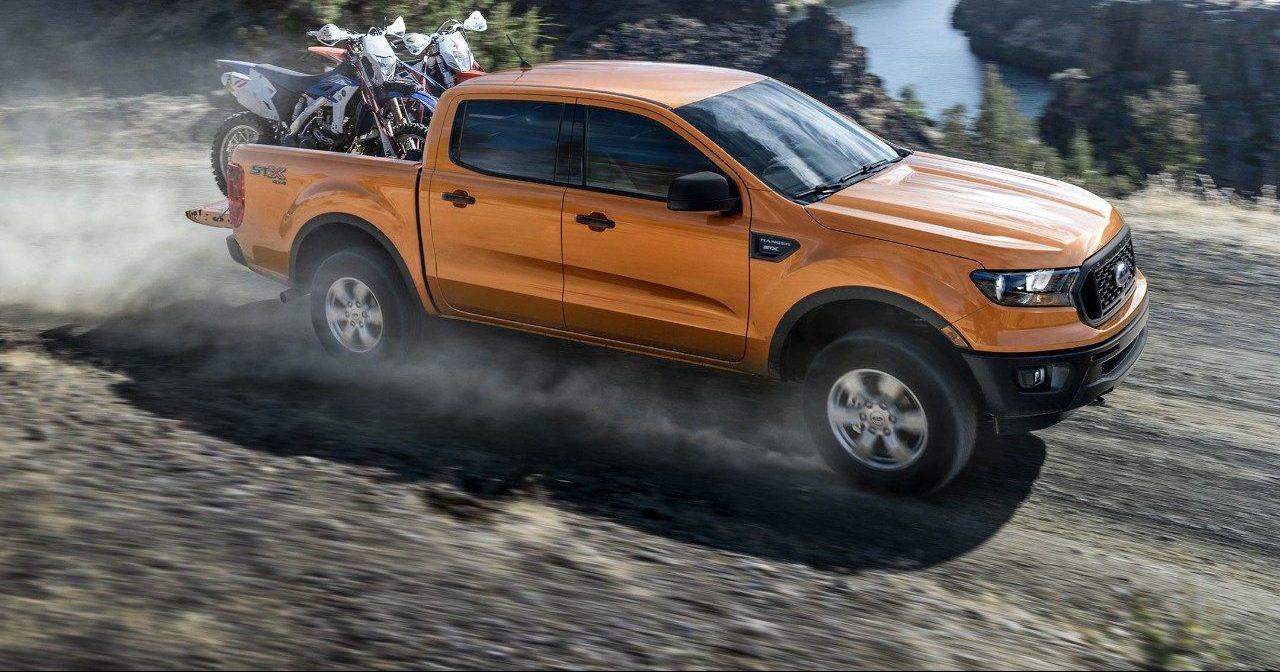 The 2019 Ford Ranger — Sometimes, less is more. Whether it’s Prince, Peter Dinklage, Mighty Mouse, or a Mini-Dachshund, it’s not always about how big the dog is in the fight, but how big the fight is in the dog, at least in the case of the last example. Point being, it isn’t always the sheer size of something that counts, but what we can glean from how much we have. Putting aside any of the obvious Extenze jokes and puns, anyone that has watched an episode of Tiny House Hunters can vouch for the fact that sometimes, just sometimes, a compact version can be more fun and efficient than the full sized original.

That preface brings us to the venerable Ford F-150 … sort of. The F-150 is the most popular pickup truck in the country, but for some, it’s just too … much. Ford realized this about 35 years ago, and subsequently decided to release a smaller, more compact version of its ageless breadwinner, and decided to call it the Ranger. The Ranger was a smaller, and arguably more versatile pickup, and sold it in the US until 2011 when it the decision was that the little Ranger was not pulling its weight and was, ironically, pulled from Ford’s starting lineup. Fast forward eight model years, and after watching smaller trucks like the Toyota Tacoma, GMC Canyon, Chevy Colorado, and Nissan Frontier gobble up precious dollars, Ford has made a good decision: to bring back the Ranger for 2019.

The 2019 Ford Ranger will be a tiny beast. Beginning with a fully boxed ladder frame with six crossmembers, the Ranger’s skeleton will be fleshed out with an almost entirely steel body sans the hood and tailgate, made from aluminum. The suspension will sport a control-arm front and traditional live-axle at the rear, while monotube off-road dampers will support the body all around. Visually, the Ford Ranger looks as if Ford has taken a page out of Toyota’s book. The Ranger will look like a three-quarters F-150, much like the Tacoma looks compared to the full-sized Tundra. The Ranger will have short panel overhang on the front and rear to help it keep its off-roading prowess by virtue of having exceptional approach and departure angles when the pavement ends. A steel front bash plate, all-terrain tires, and steel skid plates all help answer any questions about the Ranger’s toughness.

You can have any engine you’d like in the Ford Ranger, so long as what you want is a 2.3-liter EcoBoost inline-four cylinder. Don’t worry though, this little motor has been sent to the gym and comes back with a forged crank and connecting rods, double-roller timing chain, and although official numbers are not out yet, it should make somewhere around 300-horsepower and 350 pound-feet of torque. That power is routed through the you-have-no-other-choice 10-speed automatic transmission. This is the same transmission as in the F-150, just in a smaller package to fit the smaller truck. There will be a Dana Trac-Lock differential, with an electronically locking version as an option on both the two-wheel and four-wheel drive versions aptly code-named FX2 and FX4 respectively. Both version will also be available in SuperCab and SuperCrew configurations.

While it may be smaller in stature than its big brother, the Ford Ranger does not short owners on off-roading tech. Trail Control allows the driver to essentially have cruise-control for off-roading — automatic low speed torque and brake controls maintain a slow-and-steady approach and allows the driver to concentrate on not flipping his or her new truck. The Ranger also borrows the Terrain Management System from hot-rod Raptor. This system has four different modes that change up shift points, traction and stability control as well as throttle response depending on if you choose Normal, Grass, Mud, or Sand.

Besides the tough exterior, the Ranger comes replete with all the normal creature comforts and safety amenities most would expect in a modern vehicle. Lane-departure, reverse and blind spot warnings, lane-keeping assist, as well as optional pedestrian detection, pre-collision warning and adaptive cruise control all serve to keep everyone safe. Apple CarPlay, Android Auto, and 8-inch touchscreen infotainment system, and a 10-device ready 4G LTE connectivity that can be accessed up to 50-feet from the truck.

The 2019 Ranger has been long-awaited and is poised not to disappoint, especially with a starting price of just over $25,000. The Ranger may not be as big as the F-150, but rest assured, it will definitely put up a full-sized fight against the competition, and truthfully it’s possible that the biggest challenge even the F-150 may face could just be its scrappy new little brother because sometimes, less really is more. 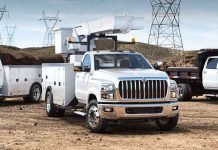