The 2022 Ford Lightning — Sometimes you have to simply accept the inevitable. While we purists will always love our gasoline powered fossils, it seems that their days are numbered. At first it was one off cars like the Nissan Leaf and Chevy Volt, then Toyota came in and dropped the hammer with the incredibly well selling Prius. Since then we have seen a number of car companies beginning to convert to electric (mostly due to government incentives and mandates). Tesla came along and showed us that an electric car can actually be fast, look good and be cool, and has been on the wish list of many a youngster the way the Countach and F40 were for some of us Neanderthals. But today, we are seeing another change. Ford is expanding its best selling F-150 and the new model lives up to its name.

Allow us to introduce you to the 2022 Ford Lightning. It seems that Ford was a bit ahead of its time naming their hot rod Ford SVT Lightning, as there isn’t one that seems more fitting for an electric monster. Looks are important, especially when introducing something revolutionary like this to very traditionalist pickup drivers. The L looks futuristic, but in an evolved way. You can clearly see it as an F-150, but more. Well done Ford. Inside is a different story however, where a massive 15.5-inch control screen using Ford’s Sync 4A infotainment setup to keep things in order, sits front and center and makes the interior feel like the middle ground between a Tesla and a police cruiser.

Now comes the interesting part — because it is battery powered, there is literally nothing under the hood. This 2022 Ford Lightning has storage space much like a Porsche would, except no Porsche on Earth can hold 14.1 cubic feet of storage in its front end without ripping out the driver’s seat. There is even a drain, tie downs, cargo net and underfloor bin to keep all sorts of items out of the way.

The yet-to-be-disclosed sized battery packs have been neatly tucked away between the frame rails, waterproofed and protected by a full skid plate. Opt for the standard battery and you will be presented with an incredible 426-horsepower and ridiculous 775 pound-feet of torque. If you upgrade to the extended battery, that torque figure stays the same but horsepower gets jacked up to a ridiculous 563 ponies powering through that AC permanent-magnet electric motor setup. That power is then routed through a 1-speed automatic transmission on its way to all-four wheels. Now, while we will miss our gas engines, the big upside to electric motors is that they produce 100% of their torque at 1 single rpm, so take-off feels more like lift-off. Sure, the F-150L clocks in at a hefty 6,500 pounds, but all of that twist gets up and goes from 0-60 mph in a mind-bending 4.4 seconds. That time makes the L a tenth of a second faster than the mighty (and mighty thirsty) 702-horsepower Hellcat-infused Ram 1500 TRX. Ford also gave the L an independent rear suspension, which is all but unheard of in the realm of pickup trucks, but was a necessity to keep the rear motor where it needs to be.

But let’s face it, the 2022 Ford Lightning is also about being a practical work truck too, evening in performance trim, and the L gets a W here as well. It can tow up to 10,000 pounds and has a max payload of 2,000 pounds (400 of which can be stowed up front). Also, a nice benefit to being battery powered is that on the job site, you can use up to 9.6 kilowatts that can be accessed from 11 different outlets to power things like power tools, lights, music, electric grill or whatever else you might want to bring along. If power dips below one third of full capacity, there will be a warning sent to the driver to make sure they know where they’re at.

Ford uses a 400-volt charging system, which is lower than some may like, but in any case the L comes with a mobile charger that can use a normal 120-volt outlet to charge at a moderate 3 miles per hour, or if you can find a 240-volt outlet, you can up that pace to about 13 miles per hour. Using a DC faster charger however is the ultimate rejuvenation, creating 54 miles of power in just 10 minutes. Ford also has added an app that allows owners to track down the closest working charging station, which in these early days, still needs to be a small concern.

Base price for a ride into the future will cost just $41,669 to start, and rising based on the desired trim level, as most F-150s tend to do. So while we are going to always be nostalgic for our old gas powered motors, it seems that with trucks like the new 2022 Ford Lightning, we will have to accept the inevitable. Whether we realize it or not, the road to the future is being paved right before our eyes, and thanks to trucks like the F-150L, we know we will get there in quite a hurry, smiling the whole way. 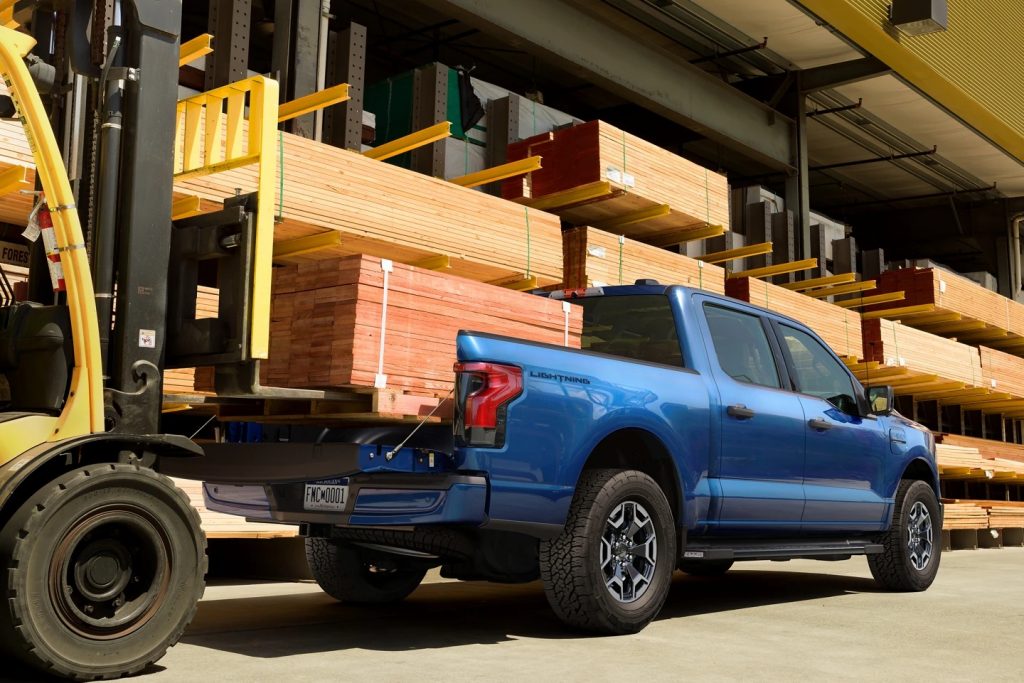 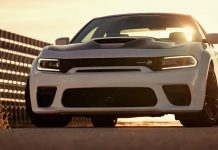 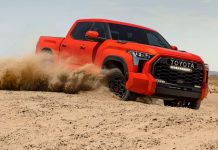 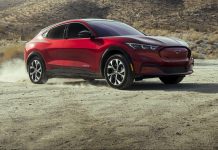