On March 4, 2018, Hollywood’s elite will hand out awards to actors and motion picture producers they deem Oscar-worthy. Do you care? Maybe, maybe not. But, when it comes to pickups, the experts have already chosen their champion. The winner for best truck of the year is (dramatic pause while we open the envelope) is the GMC Sierra 2500 HD Denali, according to the folks over at www.trucktrend.com. But does this king-sized behemoth deserve its accolades? Let’s take a closer look.

With a base price of $58,945, the Denali is not for the budget-minded truck owner. Its target market is those who depend on their vehicles to put in a hard day’s work under challenging conditions. In this respect the Denali performs admirably, thanks to its 6.6 liter Duramax V-8 engine that turns out 445 horsepower at 2800 RPM and 910 foot-pounds of torque at 1600 RPM. The gearbox is a six speed automatic which, coupled with GMC’s grade breaking feature, enables the truck to both climb hills and descend steep grades while towing up to 10,000 pounds behind it. A gooseneck hitch comes standard.

Power is something the GMC Sierra Denali 2500 has in abundance. But what is the ride experience like? The answer depends on what kind of roads you’re traversing. On pavement the truck handles smooth as silk. Off-road is a different story. Even equipped with special shocks, passengers should expect more than their share of hard knocks. Of course, it’s unlikely that most Denali owners will be dragging their $60,000 work truck through the mud or over boulder strewn paths on a regular basis. Still, the Denali’s failure to adapt to rough driving conditions is worth noting.

Whoever said work trucks are different from luxury vehicles has never sat inside the 2018 GMC Sierra Denali 2500. The interior looks like a leather lined cockpit, with ample seating for six adults and a rear cab that can hold ample amounts of equipment with ease. The truck comes equipped with GMC’s Intellilink communication system that offers a rich array of entertainment and informational options. Ride noise is astonishingly quiet, thanks to the truck’s solid construction and the diesel engine’s advanced design. Available cameras take the guesswork out of parking this beast while avoiding any pint sized economy car that happens to be parked nearby. The Denali looks as good as it performs. GMC tricked out the truck out with copious amounts of chrome on the front grill and at other points. LED powered sidelights put the days of changing those pesky little bulbs in the past where they belong. GMC even added an integrated foot rest in the rear bumper to help vertically challenged workmen ascend to the cargo bed.

Speaking of cargo, the Denali can carry 2200 pounds of it without breaking a sweat. The 6 1/2 foot bed is more than adequate for carrying around all the equipment one may need to erect a house, dig a well, or haul a load of fertilizer to the back 40. Fuel economy is around 15 mpg, perfectly understandable given the truck’s impressive proportion. The Denali tips the scales at 7779 pounds, in line with what one would expect from a vehicle of its class.

Power, versatility, and rugged good looks: these are essential features in any truck worthy of the name. The 2018 GMC Sierra 2500 HD Denali possesses all these qualities in abundance, making it worthy of the title truck of the year. The entertainment world can squabble all it likes over screenplays and set directors. Out here in the real world, the choice is already clear. 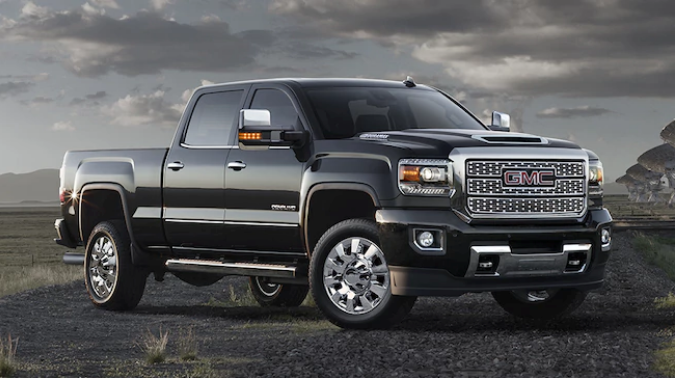 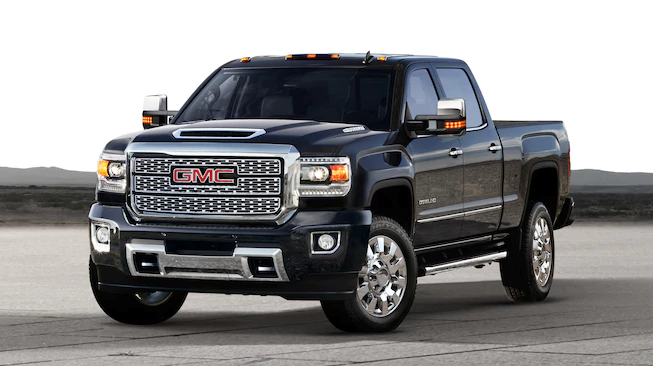