The Tundra has the worst fuel economy in its class. While it’s not single-digit bad and its competitors don’t exactly sip fuel, either, even the most efficient Tundra can’t get an EPA rating higher than 19 mpg. The EPA rates the rear-wheel-drive 4.6-liter V-8 at 15 mpg city, 19 mpg highway—fuel efficiency goes south from there. The Toyota Tundra’s 5.7-liter V-8 with four-wheel drive has the lowest EPA estimates at 13 mpg city, 17 mpg highway.

The Toyota Tundra may not offer as many configurations as its rivals but it offers the ones most people want, with a choice of three cabs, several bed lengths, and multiple trim levels. Regular Cabs seat two or three and come with a traditional 8-foot bed. Double Cabs offer 8 and 6.5-foot beds and feature rear-hinged rear doors and flip-up back seats. CrewMax models have 5.5-foot beds, four conventional doors, and a rear bench seat suitable for six-footers.

As with most full-size pickups, the Toyota Tundra’s interior spans from that of a basic truck with a 3-passenger fabric bench seat to a luxurious family hauler with brown leather interior and wood trim. Double-cab and CrewMax cab variants seat up to six with a bench in front, or five with the more comfortable bucket seats. Even base SR trims have a 6.1-inch touch-screen infotainment system in the dash, a far cry from the dial radio in your dad’s pickup. Unfortunately, the Tundra doesn’t offer as many of the amenities found in the competition. Unless you buy one of the top three trim levels, you will have to deal with a manually adjustable, single-zone climate-control system…Oh the humanity!

Also, the Tundra’s bed lacks some of the great features that are available in the domestics as well—from lockable in-fender storage, to steps and handrails embedded in the tailgate, even stowable loading ramps.

Some features we do like in the Toyota Tundra include the blind-spot-monitoring system Due to their tall stance and sizable girth, full-size trucks are loaded with blind spots. Toyota’s solution to this problem is a system that alerts the driver to objects residing just beyond the side mirror’s view.

Drivability is good—in day-to-day traffic, the Tundra is comfortable and easy-going, on the other hand, with light steering that’s not as direct or as quick as that in the Ram or the Ford. Ride quality can be a bit jouncy with no load in the bed, but that’s true of all pickups to some degree, and the Tundra’s ride is about on par with the latest F-150.

If leaving the pavement is one of your priorities, the TRD Pro trim level delivers with Bilstein shock absorbers, all-terrain tires, and a beefier front skid plate. It offers all of the capability most buyers will need for medium-duty trail use.

Before you put down your hard earned money on one of these, there are other trucks to consider. First would be the F-150, The F-150 offers strong fuel economy, an excellent array of engines and added refinement. Using aluminum construction, it’s also a lot lighter and more capable than its preceding truck. It’s worth a spot on your shopping list. You may also like the Chevrolet Silverado and GMC Sierra—The GM twins are a little older in their design, but they’re still fresher than the Tundra. They offer impressive refinement and capable, efficient V8 engines. You may also want to look at the RAM 1500— RAM’s full-size truck is getting on in years too, but its unique benefits, like diesel power and coil spring suspension give it a leg up on the Tundra.

Don’t get me wrong, Toyota’s full-size pickup still offers brawny styling, powerful engines, excellent reliability and a wide array of trims, plus a uniquely spacious CrewMax trim that could probably double as a limo. The Tundra absolutely gets the job done, but for most, the aforementioned trucks will probably do it better.

The good news; If you’re intimidated by the pricing of a new Toyota Tundra, you might want to consider a good used one. Given that this design has been around largely unchanged since 2007, you don’t necessarily need the latest and greatest to look and feel like you have a new pickup. 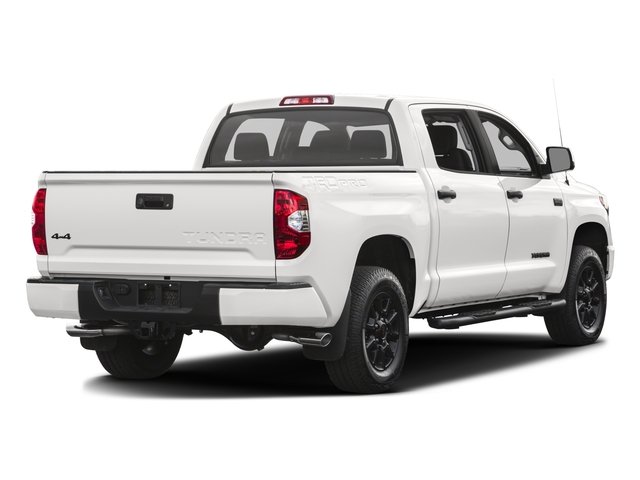 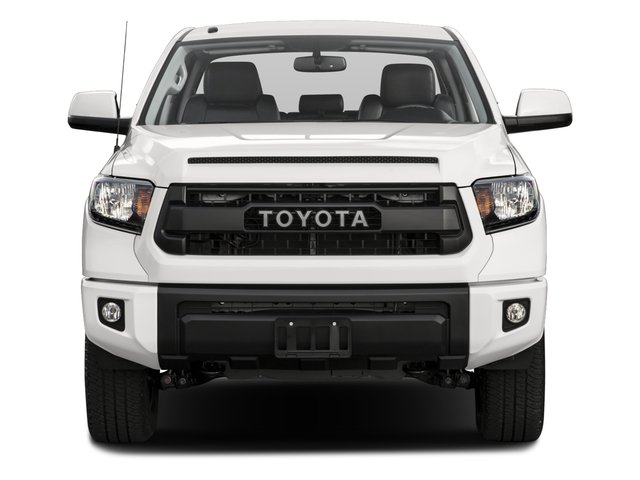 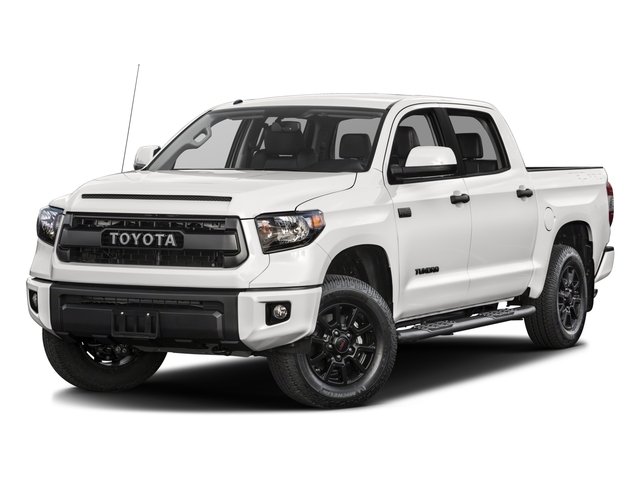