2019 Toyota Corolla Hatchback — Anyone that has been paying attention to car ownership over say, the last five decades or so, will eventually come to a couple conclusions. First, people will always like going fast. And second, no matter what the car is, there will always be someone trying to make it faster. It happened with the A/C Ace back in the ’60’s when a man named Carroll Shelby stuffed the biggest, baddest V8 he could find into a car that made a modern day Miata look obese. It happened with countless Yenko and ZL1 models from GM, where fast cars were made into stupid fast cars, because, well why not.

But in more recent decades, small cheap imports are all the rage, because, well, they’re cheap. The Honda Civic went from being the gold standard of commuter cars into the modern day Mustang 5.0. Acura Integras were turned into drag racers and Volkswagen Golfs turned into rally machines. All that is to say, just because a car is cheap doesn’t mean owners won’t want it to look good or go fast. And we’d like to introduce you to quite possibly the latest addition to the cheap-but-good-looking club: The 2019 Toyota Corolla Hatchback.

Yes, we said good-looking and Corolla in the same sentence. You’re completely in the right to be skeptical, but trust us, we were surprise too when we first laid eyes on this commuter-beauty. Known as the Auris in other parts of the world, the Corolla Hatch comes to us with a fresh and very angry looking front end design that Toyota has been noticeably employing on its other models (the Camry and Avalon come to mind). But with the Corolla, it works so much better. Maybe it’s the shortened body or the large C-pillar or the sloped rear hatch that is actually composed of a moldable resin, as opposed to traditional sheetmetal, that helps build in the menacing character appeal, but whatever it is, it’s impossibly to ignore. It has the look.

There are two trims available, either the SE which is the more bargain basement model, or the sportier, dare we say, upper end, XSE trim that adds LED headlights (worth it) and accentuates that front end with what we can only describe as fangs on the front fascia. Inside, the Corolla is still a Corolla. It has the usual corner-cutting-to-save-money plastic bits and pieces, but its smallish interior feels more cozy than cramped, and the hatch does offer a class-leading 18 cubic feet of cargo space beyond the rear seats.
The Toyota Corolla is powered by a naturally-aspirated 2.0-liter DOHC inline-4 that cranks out a respectable 168-horsepower and 151 lb-ft of torque. That power gets routed through either a true six-speed manual transmission or less exciting CVT automatic trans and then on to the front wheels. No AWD option is available as of yet. But the thought of an AWD hatch that comes with a six-speed trans might make some folks over at Subaru a little nervous.

As with any subcompact, this little Toyota is comparatively light. Weighing in a a cheeseburger over 3,000 pounds, the Hatch can hustle from 0-60 mph in 7.9 seconds for the manual and 8.5 seconds for the CVT. Yeah, the CVT is that slow. And just as you’d expect from a Toyota Corolla, the Hatch also still manages to return heroic fuel economy. With a 30/38/33 city/highway/combined mpg tally, there is no one that can deny this car is ready to be driven anywhere everyday.

And in keeping with its heritage, the Corolla Hatchback is still an economy car at heart, and as such, doesn’t cost much. With a base price of just $21,000 and a max option cost of $23,500, the Hatch is about as hot as they come if you’re factoring in dollar-to-looks ratios. There is no denying the Corolla Hatchback is a great looking car for the money, and even without cost being involved, will still get attention of plenty of young folks that want to look the part. With all that money they save buying a low cost car, there will certainly be more than a few wannabe modern-day Carroll Shelbys out there affixing giant single turbos to that 2.0 liter engine. Mark our words, this Corolla might just be a hot rod waiting to happen. 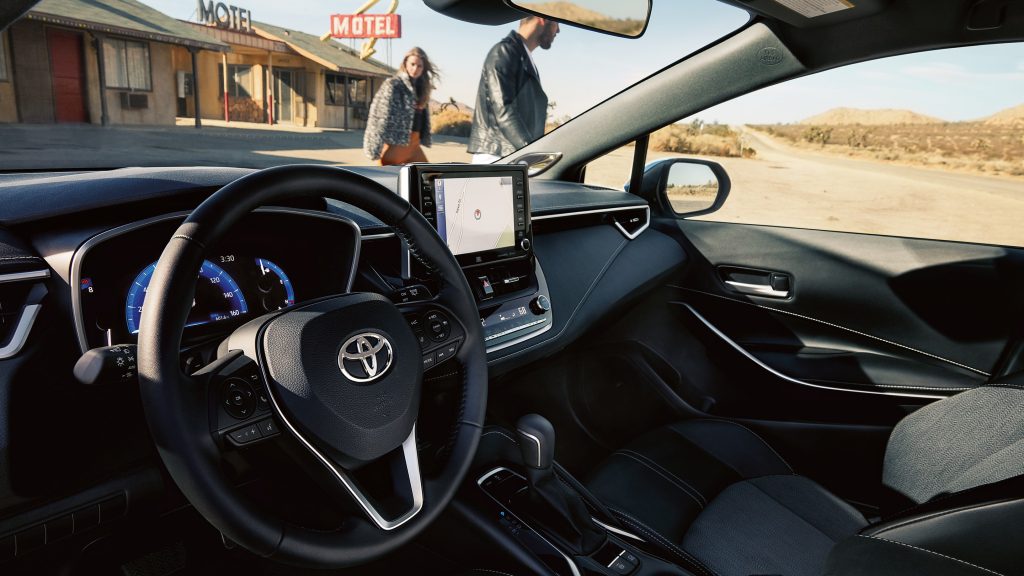 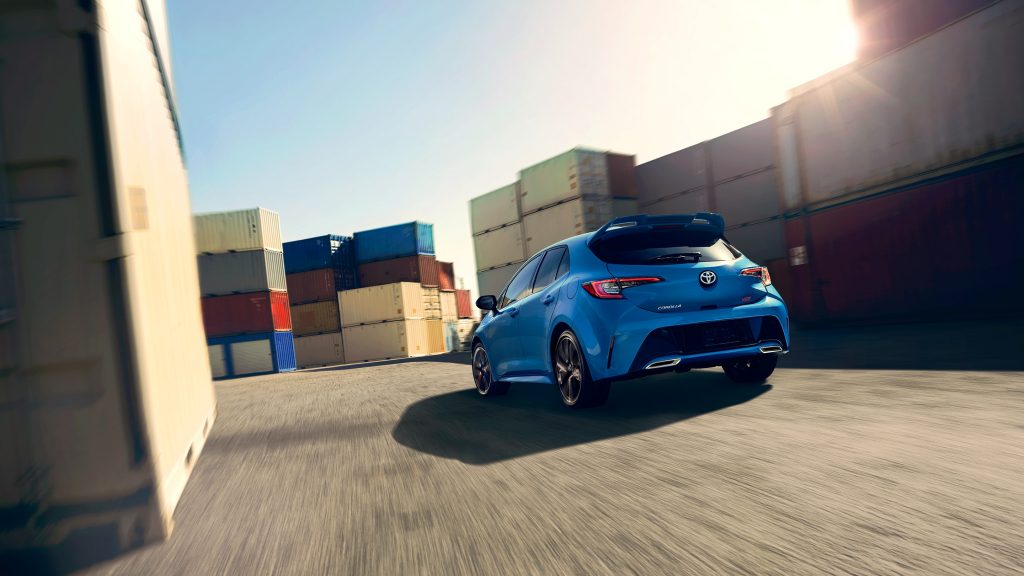