THE 2020 TOYOTA COROLLA — Most of us can appreciate the novelties of the modern world. We have access to each other in at least three different ways. We can send and receive messages faster than it took anyone that grew up with a landline to dial a phone number. We can download and store an artists entire body of work in seconds. And we have access to literally all the information in the world in the palm of our hands. And that’s just the advances in our cell phones. Now let’s think of cars. We have cars that can drive themselves, cars that can help us drive ourselves more safety, cars that can get ridiculous fuel mileage, and daily driven cars that are so break-neck fast that they would embarrass drag racers of yesteryear. But when it comes down to it, despite all the advances in the world, there is still a need and want for just basic transportation. We all need to start somewhere, and a new car is always going to be more reliable than your grandfather’s Buick that has 87,000 miles on it. But new comes at a cost, and the lower that cost of entry, the better.

There has been no more successful entry level car than the Toyota Corolla. Since its inception back in 1966, Toyota has sold more than 46 million Corollas, which tells us one thing: people like inexpensive cars. And since it hasn’t gone through a legit model change in eight years, Toyota has decided to revamp this little bugger for 2020.

This will be the 12 generation of the Toyota Corolla and while at first it will seem different thanks to the angry-face motif that is dominating car designs as of late, the Corolla comes to us with a huge front grill opening, a sleeker profile and a very aesthetically pleasing new rear design. It may look like a smaller Camry to some, not unintentionally — what better way to segue into your next car than choosing one that looks like the more grownup version of your first?

The 2020 Toyota Corolla is offered in a myriad of optional trims, but essentially it boils down to three levels: the first level is the bargain basement in the form of L, LE, and XLE. This will get you as basic a car as possible — 15-inch wheels, manual seats, and a 1.8-liter inline four cylinder motor that makes a lawn-mower-esq 139-horsepower and 126 lb-ft of torque that routes power through a useable, if not fun, CVT transmission.

The next level is the “luxury” level of basic with trims that include the SE and XSE. This lineup will score you some nice sport seats, sport tuned suspension, a sporty lip and rear spoiler, chrome dual tip exhaust and huge (by comparison) 18-inch wheels. To cap off all that sportiness is a bigger 2.0-liter four that makes a much healthier 169-horsepower and 151 lb-ft of torque. This motor gives you ac choice of either a more driver-friendly CVT or a tried-and-true six-speed manual replete with rev-matching to help those first time stick drivers not to embarrass themselves as much as some of us did growing up.

The last variation is a Toyota Corolla first. A hybrid option that uses a 1.8-liter Atkinson-Cycle inline four in conjunction with two electric motors powered by nickel-metal hydride batteries that send 121-horsepower and 105 lb-ft of torque through an e-CVT. In terms of amenities, the hybrid lands in the LE trim.

Weighing in at about 3,000 pounds give a take a hundred depending on which version you go for, the Corolla can get from 0-60 mph between 7.9-9.5 seconds. The quicker time belonging to the stick shift sport model, and the longer time to the base with the hybrid landing in the middle. And while the Corolla will not be winning you too many races, at the pump it turns from Clark Kent into SuperCar with fuel economy figures of 29-53/36-52/32-52 city/highway/combined — the lower being the 2.0-liter engine and the ungodly high figures being the hybrid with the base model landing in the middle in this matchup.

For an entry level car, the Corolla does offer Apple CarPlay,wireless charging, WiFi, Amazon Alexa, and even a 7 or 8-inch infotainment screen as well as dynamic cruise control, as well as Toyota Safety Sense 2.0 which can make the car stop, go, or maneuver around potential hazards, not to mention lane keeping assist and blind-spot monitoring.

For a car with a base price of $20,430 it’s hard to argue that the 2020 Toyota Corolla isn’t the best car deal on the planet. And with all of the advances in the world, and as much as well love having everything all the time at our fingertips, it is more than refreshing to see that some things can still be about as basic as can be, yet as useful as ever. Well done Toyota. 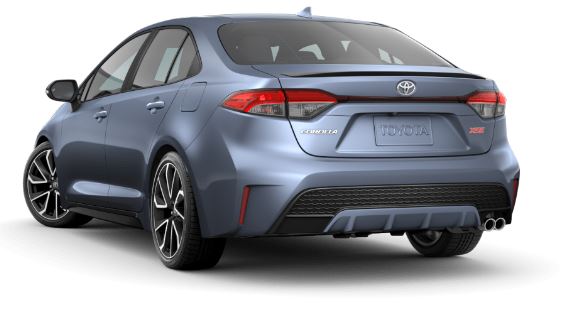