Is The The Hyundai Veloster HOT OR NOT? — It used to be that if you were different, you were considered weird. Then after enough time, being different became cool, and blending in too much was considered anathema. Cars have always mirrored people, because in more than one way, they are extensions of who we are inside. We choose cars that we can identify with on one level or another. So, it should come as no surprise that a very quirky car like the Hyundai Veloster is still around in its seventh, and possibly best, year.

While it is undoubtedly polarizing, the Veloster is fun. It’s a sport three door hatch that has a little attitude but isn’t terribly hardcore. Though, the newest edition is by far and away the most sporty of its history. There are four models to choose from, starting at $19,385 for the 2.0 base model, which gets you what you’d expect out of a base model — not much. A 2.0-liter DOHC inline-4 that makes a marginally acceptable 147-horsepower at 6,200 buzzy RPM and lackluster 132 lb-ft of torque at 4,500 RPM. Backing that motor is a 6-speed automatic that does a decent job. The base model is by far the slowest of the group running from 0-60 mph in 8.6 seconds and through the quarter mile at 16.5 seconds at 84.2 mph. The base does however weight about 100 pounds less than the others at 2,852 pounds, which may account for its best-of-the-bunch braking back down from 60-0 mph in 119 feet. Lateral acceleration was also the lowest at 0.86 g. The base NA engine does kick back the best fuel economy with 27.34/30 city/highway/combined mpg.

There is minimal difference between the next steps up in trim choice. The R-Spec Turbo and 1.6T Turbo are essentially the same car, with the 1.6T adding a few more safety and luxury options like lane-keeping assist, adaptive cruise, a higher end audio system, and heads up display. The R-Spec price begins and ends at $23,785, no options, it is what it is. The 1.6T starts at $26,285 and climbs to over $29,000 depending on option choices. Both cars are powered by the same 1.6-liter turbocharged four that produces the same 201-horsepower at 6,000 RPM and 195 lb-ft of torque at a very low 1,500 RPM. The R-Spec is a about 100 pounds lighter than the 1.6T resulting in a 6.5 second run to 60 mph (versus 6.7) and a quicker quarter mile time of 14.8 seconds (versus) 15.3. It also posts a noticeably better 0.93g (versus 0.87g) around the skidpad. The R-Spec does take a small hit on fuel economy at 26/33/29 city/highway/combined (versus 28/34/30 for the 1.6T). Those small differences may also have something to do with the R-Spec using a slick-shifting 6-speed manual instead of the 1.6T’s 7-speed twin clutch auto.

The king of the Hyundai Veloster lineup is unequivocally the N model that is powered by a supremely powerful 2.0-liter turbo inline-4 that would make an Integra Type-R blush. That might mouse motor puts down a whopping 275-horsepower at 6,000 RPM and even more impressive 260 lb-ft of torque at only 1,450 RPM! Yikes! Not surprisingly, the N rockets to 60 mph in only 5.9 seconds, and through the quarter mile in 14.4 seconds. It also is best around the skidpad at 0.94 g. It does take a hit on fuel economy posting a still-respectable 22/28/25 city/highway/combined mpg, and truthfully, once you row through the 6-speed manual transmission, you will be all too happy to burn up that gas. Of course the N model does start at a hefty $28,000.

If it was our money, we’d probably go for either the R-Spec or all out for the N. The Hyundai Veloster is a fun car, and somehow keeps getting fun-er. Of course sometimes the entry levelness peeks through with some cheap plastic pieces here and there, and the buzzy engine can feel unsettled, but in terms of image, the 2019 Hyundai Veloster has come a long way to solidifying itself as the real deal. It is quirky yes, but nowadays, quirky can actually be more fun anyway. Is it HOT OR NOT? 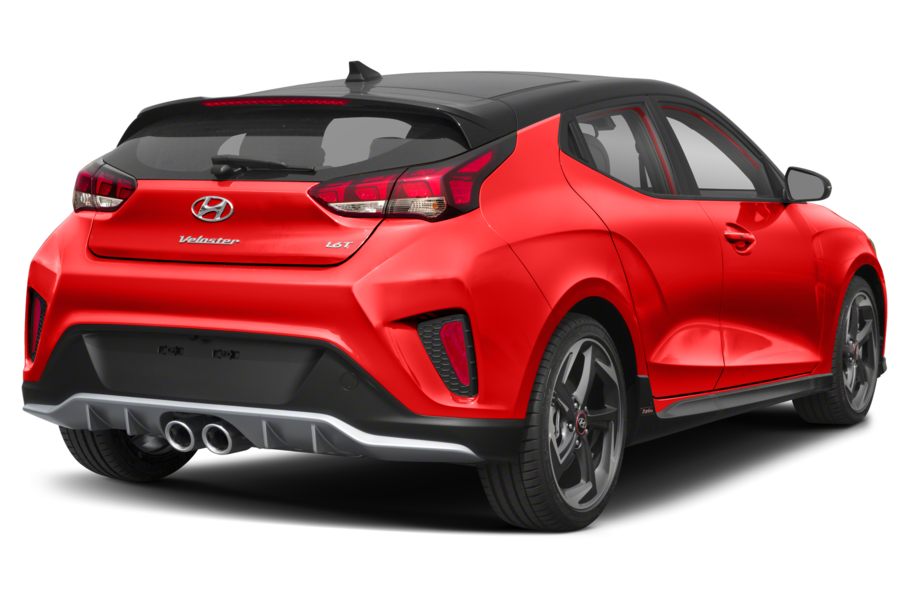