With all of the comic movies making such gaudy numbers at the box office over the last few years, it’s no wonder they have become a part of our daily lives. We all have a favorite, and least favorite (did we really need Hawkeye?). And strangely enough, as we marveled (no pun intended) at the latest iteration of BMW sedan, there was a bit of a philosophical question, we’ve recently found ourselves wondering, “Would Superman still be thought of as ‘super’ if he was dressed like Clark Kent all the time?”

At first the answer may seem obvious one way or the other, but the bright red,blue,and yellow costume that was so over-the-top made Superman stand out from everyone, then contrasted by the extremely drab and boring brown suit and tie that Clark was usually seen wearing, and it’s hard not to think that his ‘super” appearance added to the lure and legend. But with the new BMW M340i, we are not so sure that is true anymore. When it comes to scalding fast BMWs, yes we are used to the manic M3s, M4s, and M5s of days gone by. Surging Indy-bred V10 engines and small block V8s or inline-6 motors that screamed to unearthly RPMs, all while flashing around with wide fenders, hood scoops, brake vents, and cackling exhausts that sent shivers up our spine. Sure, they all wore M badges, but they very well could’ve been wearing an S and it would have been apropos.

But this M340i is a four door sedan. It comes replete with all of the basic BMW features you’d expect — things like 14-way power front seats, including 4-way power lumbar support as well as 2-way power side bolsters, as well as a 10-speaker premium sound system that sports a 7-channel 205-watt amplifier. The large 10.25-inch central infotainment screen displays all the pertinent info that the new iDrive 7.0 system has available, and it can be accessed by touch or by voice. A heads up display makes keeping your eyes on the road very easy, while an intuitive navigation system, and Bluetooth stand ready to help you communicate and get where you need to be. There is also 20 gigs of available storage for multimedia and two USB ports for all things cellular.

The M340i continues its Clark Kent-like persona with plenty of safety features you’d expect like its frontal collision warning, automatic city collisions mitigation, lane departure warning, fatigue and focus alert warning, as well as an impact sensor that cuts power to the battery, alternator, fuel pump and starter, and automatically unlocks the doors and turns on the hazard lights. Even further, BMW has offered its Active Protection System that detects moments before an accident is unavoidable and pretensions the seat belts, closes the windows and moonroof, and then activates post-crash braking to slow the car down as quickly as possible.

Like we said, at first glance, the M340i is much more Clark Kent. But then once you start it up, the glasses come off. Powered by a somewhat familiar 3.0-liter all-aluminum, direct-injected, turbocharged and intercooler DOHC inline-6 known as the B58, we get an incredible 382-horsepower at 6,500 RPM, and and equally impressive 369 lb-ft of torque at amazingly low 1,800 RPM. That power gets routed through a slick 8-speed automatic transmission and on to the rear wheels.

Click through the Driving Dynamics Control and skip over Eco Pro, Comfort, and even Sport and land on Sport Plus and suddenly this car wakes up and starts to flex. The Dynamic Stability Control that includes Brake Fade Compensation and Brake Drying works in harmony with not only the M-Sport differential but the M-tuned suspension and lightweight chassis to help this relatively svelte 3,813 pound sedan blast off from 0-60 mph in just 3.8 seconds, from 0-100 mph in 9.4 seconds, and through the quarter mile in a scalding 12.3 seconds at 114 mph on its way to a governor limited 156 mph. That ungodly speed gets scrubbed off just as fast thanks to 13.7-inch front and 13.6-inch rear vented disc brakes to the tune of 156 feet from 70-0 mph. The Michelin Pilot Sport 4S tires measure 225/40R-19 up front and 255/35R-19 out back, and help this car achieve a heroic 0.96 g around the skidpad.

Let’s review those last few numbers. This is a family sedan. And this family sedan is quicker, than just about every recent superhero car BMW has produced. The beloved E90/E92 M3 and monstrous E39 M5? Nope, the M340i is faster to 60 mph. How about the venerable E46 M3? That car was regarded as one of the most pure sports cars Bimmer has ever built, and it would get flat out embarrassed. What about the Herculean E60 M5, with its 500-horsepower V10 and all? Close, but nope. And the M340i does all this while still posting a 22/30/25 city/highway/combined MPG — that’s about double what the V10 M5 got, so it even claims victory at the pump.

But those M cars are superheros — loud, brash and they have a panache about them that is nearly impossible to replicate. The M340i is not anything like that. It comes across as a sensible family sedan and daily driver — a Clark Kent of cars. Yet, it can turn into Superman, without ever actually turning into Superman. So with a base price of about $54,000, we have to say that the answer to whether or not Superman would still be super without the costume, is a definitive yes. 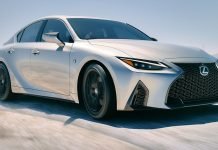