Finding the right car is a lot like finding the right dating partner. Sometimes someone that is great looking can seem perfect at first, but once you engage them in what they think is conversation, you quickly realize that their best qualities are only skin deep. But then other times you meet someone and they aren’t dazzling in the looks department — not offensive, but not mind-bending gorgeous from an objective standpoint. But just as a great looking person can have qualities that make them less attractive, sometimes less physically attractive people can start to be beautiful once you see more facets of their personality. That is exactly how we feel about the 2022 Cadillac CT5-V Blackwing.

We have to admit that from the outset, although we loved the color scheme on the new CT5-V (especially the Black Raven and Wave Metallic Blue, we didn’t love the overall exterior design of the Cadillac CT5-V Blackwing. In the spirit of full disclosure, we actually weren’t sure if it was a car or an SUV at first glance. The long hood, short deck is classic sports car, but the narrowed headlights, and oddly shaped taillights look like a set of boomerangs stenciled on the trunk. It’s not bad looking, but it’s not eye-poppingly striking either. But once we realized Caddy was going for the four door coupe motif, it became a lot more contextualized. When put into frame with an Audi RS7, BMW M5 Competition or Mercedes Benz E63 AMG S, the CT5-V makes a lot more sense. But one you get beyond the polarizing exterior, you will start to see what we see in this car. The power this car has is nothing short of staggering. Powered by what might be one of, if not the, most exciting engine GM has ever produced for mass production, the LT4 doesn’t just make power, it makes giggles and causes shortness of breath to unsuspecting passengers.

This 6.2-liter supercharged overhead valve V8 has seen duty in the likes of the C7 ZO6, Camaro ZL1 and CTS-V, but in this instance it makes an even crazier 668-horsepower and stupefying 659 pound-feet of torque. And unlike the CTS-V, that power is then routed through your choice of transmission in the Blackwing. Sure, you can opt for the lightning fast 10-speed automatic that can probably shift faster than you can, but let’s be serious, for those of us that like to truly be involved and feel like we are connected to a high performance machine, the Tremec six-speed manual is the only way to go.

Once passed the trans, that stampede of horsepower is sent directly (and only) to the rear wheels where massive P305/35R19 rear tires await (P275/35/R19s up front). Being a solely rear wheel drive car, the CT5-V is at a slight disadvantage compared to a car like the RS7 and its fancy all-wheel drive. But for once, weight actually helps a sports car. The Cadillac CT5-V Blackwing uses its 4,142 pounds effectively, and with near perfect 50/50 balance, a great deal of that power actually makes it to the tarmac.

Despite being a hefty four door, the Blackwing is a rocket. It lifts off from 0-60 in a scant 3.7 seconds, from 0-100 mph in a highly illegal 7.8 seconds, through the quarter mile in just 11.30 seconds at 129 mph, all on its way to a top speed of over 200 mph. Thanks to the combination of a MagneRide suspension and something called Performance Traction Management, the CT5-V manages to also be able to compete on the tracks that have more than just straight lines, specifically to the tune of 1.01 g around the skidpad. And while fuel economy numbers that come in at 13/22/16 city/highway/combined won’t be confused for your average Corolla, considering that this is a 4,000 plus pound car that makes nearly 700-horsepower, those numbers aren’t nearly as bad as they would have been a generation ago.
But possibly the best part of the CT5-V is what it costs to get one. With a starting price of $84,990, the Cadillac CT5-V Blackwing is a relative bargain. Compared to the more high-maintenance M5, no matter which way you pick and choose, with comparable options the CT5-V is anywhere from 15-20 grand cheaper. That price, combined with the insanity-inducing levels of speed this car is capable of producing takes what was initially a mildly attractive dance partner and makes it into a beautiful looking rockstar that is definitely marriage material. 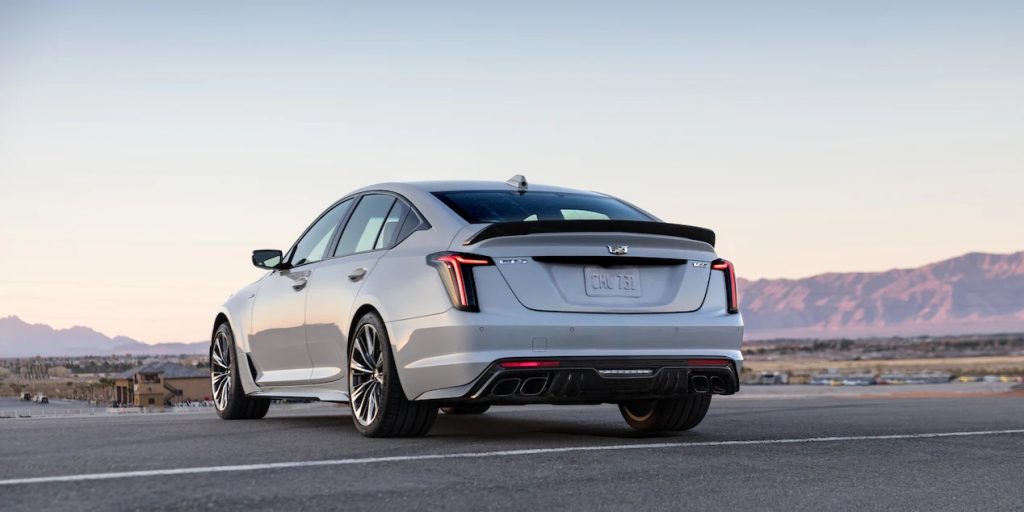 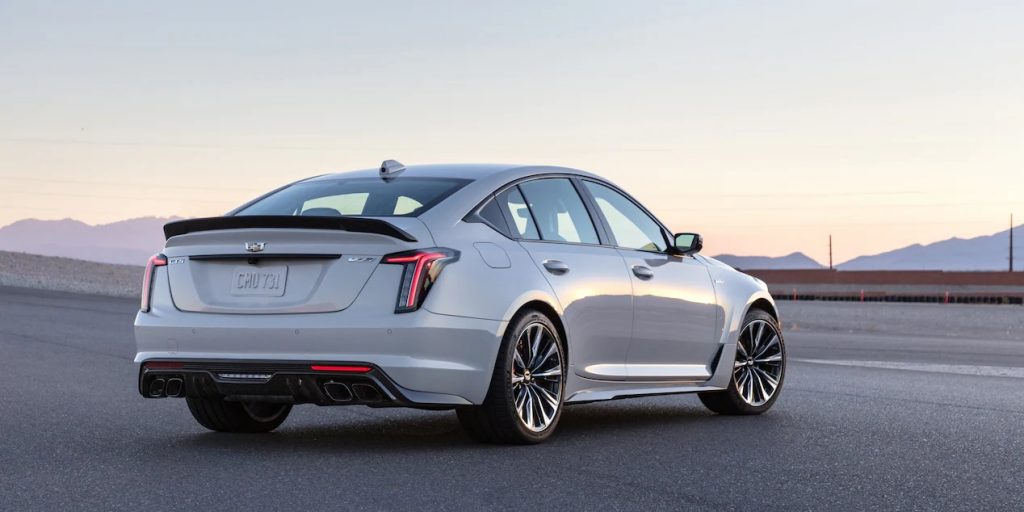