In a modern world of throwaway trial and errors when it comes to SUVs, as well as an increasing propensity to build “trucks” that are softer than your average toilet paper commercial, it is nice to see some “trucks” are actually still trucks. New for 2018 is the new-old Toyota Land Cruiser, and whether you realize it or not, this monstrous people-mover is a modernized relic from the past. It has and comes with a history that dates back to the early 1950’s, and still retains a bit of that old-school ruggedness we don’t see any more.

Although it may not appear so, the new Land Cruiser actually gets a mostly new redesigned front end, as well as some rear sprucing up. The grille is new, both the front and rear bumpers are new, and LED lighting is all-new for both the front headlights and rear taillights. But, even with this new facelift, it is virtually impossible to deny the family resemblance to Land Cruisers of days gone by. 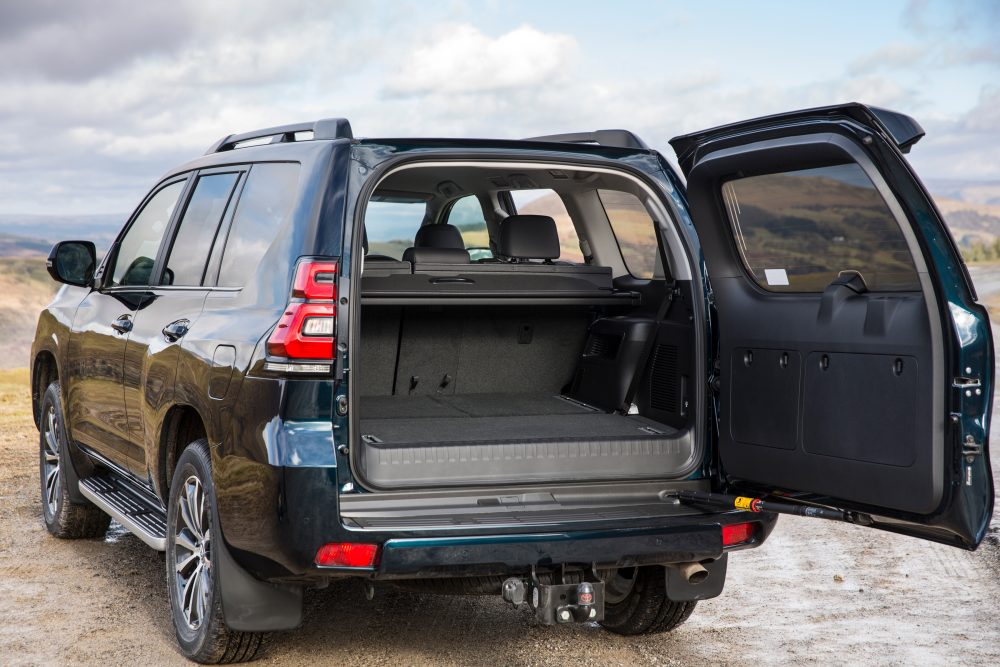 The Land Cruiser has never been, and will never been a welterweight. It is a huge truck. It has a wheelbase of 112.2 inches, a length overall of 194.9 inches, a width of 78.0 inches and even a height of 74.0 inches, and let’s not forget the nearly three-ton curb weight (technically 5,815 pounds). There are three rows of seats, and seven passengers have space to stretch out and bring some luggage too.

Tasked with moving that mountain of mass is a very capable DOHC 32-valve 5.7-liter V8 that makes a very serious 381-horsepower and equally impressive 401 lb-ft of torque, and engine by the way, we would love to see grace a Supra redux sometime soon … but we digress. Backing up that big motor is a eight-speed automatic transmission that sends power to all four wheels. That transmission is also bestowed with modern features like A-TRAC or Active Traction Control, hill start assist control, and crawl control. The suspension has the ability to disconnect the anti-roll bars, and offered up a Multi-Terrain Select system. There is also a center lockable Torsen limited-slip differential that offers some very serious off-roading ability that could rival some Hummers of yesteryear. Make no mistake, the Land Cruiser is big, but it is very capable. Oh, and let’s not forget the 8,500 pound towing capacity, just in case you can’t fit everything inside the massive cabin. 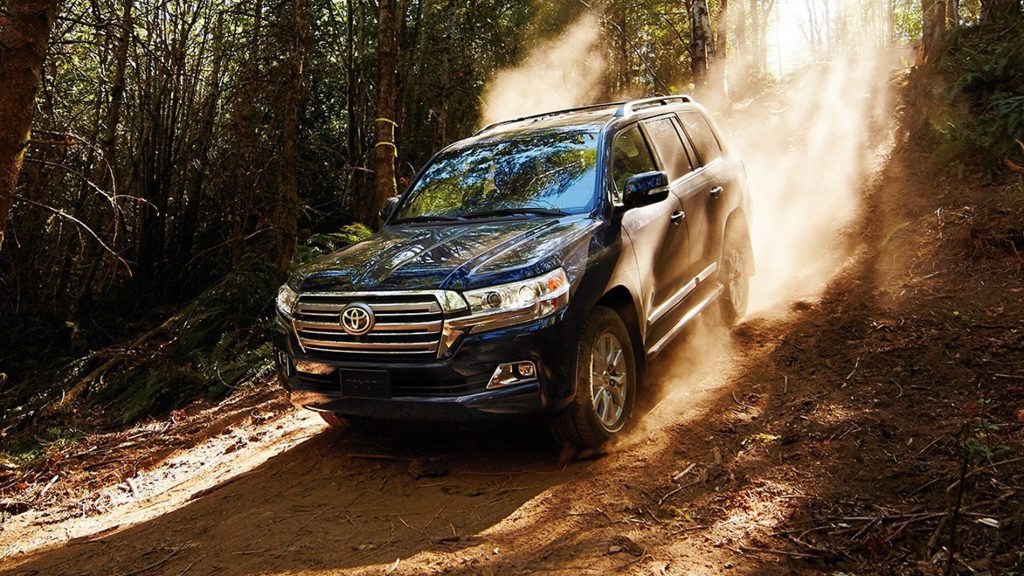 Inside, the Land Cruiser isn’t quite as rugged as its ancestors, as it still does have to compete with those other marshmallows in its class. So, there are a host of features that most anyone can appreciate. There is a DVD navigation as well as a DVD entertainment system for rear passengers who also get two sets of wireless headphones. heated front a second row seats, four-zone automatic climate control, a backup camera, 12 total cupholders, and even a console cooler box.

All those features and that mass does take a toll in some areas, but not in acceleration. This monster road-going apartment can run from 0-60 mph in a mere 6.8 seconds. Sadly, however, the Land Cruiser’s performance at the pump is its lone Achilles’ Heal. With an EPA ratings 13/18/15 city/highway/combinec mpg, the big Toyota isn’t going to be confused for a Prius any time soon. But to be fair when put in perspective, for its size and weight, the Land Cruiser can’t be expected to sip fuel. 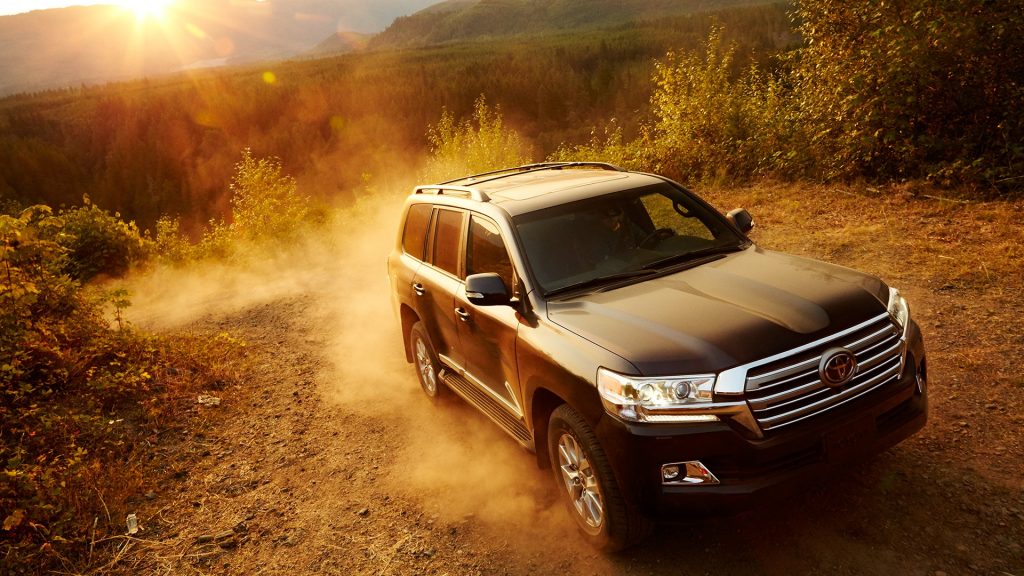 Aside from size, the one thing that grew too, has been the price. While, the Land Cruiser offers up no options (as everything is standard), the list price of $83,665 is as massive as the truck itself is. But for all that money, the amount of real truck you get is more than a fair deal. At the risk of infuriating Green Peace advocates everywhere, we are very happy to still have a truck like the Land Cruiser roaming around. And despite all the modern plush faux trucks floating around, its nice to know that the 2018 Land Cruiser has stayed true to its heritage after all these years.