It is amazing sometimes the way time seems to fly away from us. It’s been over a decade since the great collapse of 2008, a decade and a half since we were introduced to the smart phone, nearly two decades since 9/11, nearly thirty years since NIrvana’s ‘Smells Like Teen Spirit’ was introduced to the general population. Obviously these landmark events are somewhat easy to keep track of, even if their age is somewhat stupefying. But other things that we don’t always think about can also surprise us just the same. Don’t believe us? How about this: the GMC Acadia has been around, believe it or not, since 2007. Yes, that GMC Acadia. And new for 2020, it gets its first revamp since this current model was introduced a few years ago, and it has never looked better.

The 2020 GMC Acadia gets an all-new front and rear fascia, a new front grille, new front and rear bumpers, and all new rear lighting. The result is a sleek and powerful look on the front end, and a stout and beefy rear that may or may not slightly resemble the current Ford Explorer, which may not be completely accidental. Inside that attractive exterior resides a very plush and roomy interior, which most notably lacks a traditional gearshift. In its place is a button/trigger setup that has the auto transmission controls for you to select. The result of this is more storage space, and dual cupholders instead of a balky, and relatively useless, gearshift lever. It will take some getting used to, but it isn’t much more involved than the old column shifter used to be in countless trucks and cars way back when.

There will also be a brand new infotainment system that offers up cloud-based driver profiles that are actuated by individual key fobs, so you and your better half can have your own climate settings, radio stations, and seat controls already waiting for you, provided you both own GM vehicles that are equipped with the cloud feature. There is also a 15-watt wireless charging station, an HD rearview camera, heads-up display and even a rear camera mirror.

Power for the new GMC Acadia will come from the familiar 2.5-liter inline four cylinder engine that makes 193-horsepower. There will be a new optional 2.0-liter turbocharged inline four that will make 230-horsepower and employ cylinder deactivation unload light-duty applications. And finally there will be a 3.6-liter V6 that will pump out a health 310-horsepower. Candidly, we don’t see a need for an NA four and a turbo four, especially if the smaller, more fuel efficient turbo makes more power to boot. We expect GMC to feel the same way by about 2021, and cut out the 2.5 altogether. That power, whatever you choose it to be, will come with the same transmission behind it — a brand new nine-speed automatic trans that is purported to not only help acceleration times get lower, but also help fuel economy go higher. Official numbers are not out as of this writing, so the real truth to that remains to be seen, but we see no reason to doubt either claim, it is just a matter of how much quicker, and how much better fuel mileage will be that is the real question.

Pricing for the 2020 GMC Acadia will undoubtedly rise slightly with a base price of just over 30 grand for the base model SL, heading all the way up to just shy of about 50 grand for the all-wheel drive V6 Denali package. There will also be an AT4 trim made available for the first time on the Acadia, which will entail trim specific 17-inch wheels, with optional 20-inchers wrapped with all-terrain tires, standard twin-clutch AWD setup, and the aforementioned V6 as the standard engine choice, as well as some trim-specific visual marks like a black chrome grille and badging.

While we are still surprised to hear that this will be the 13th birthday of the GMC Acadia, it seems to be doing very well for itself, and seems to be hitting its stride when most of us were just entering our awkward phase — if we can remember that far back. Time really does have a way of getting away from us, and if you don’t believe us, feel free to pop on some Nirvana and then check your stocks and see how much things have changed from only a few short years ago. 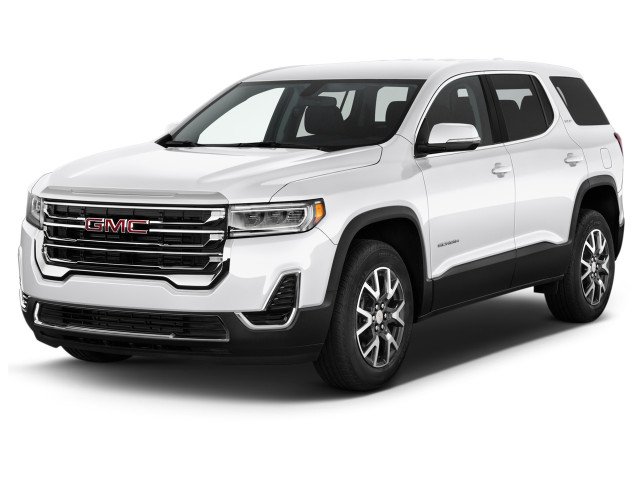 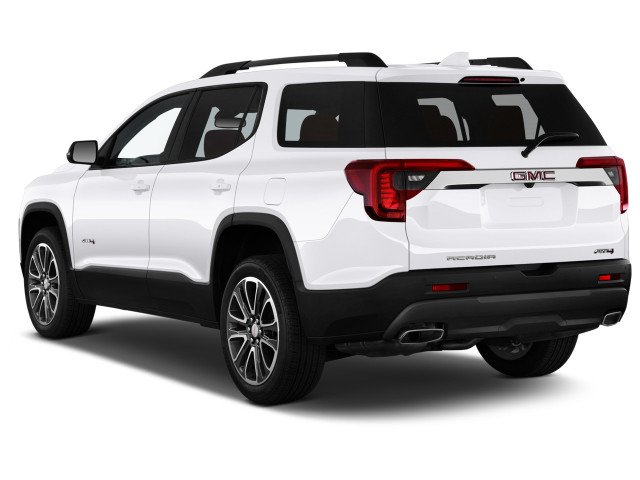