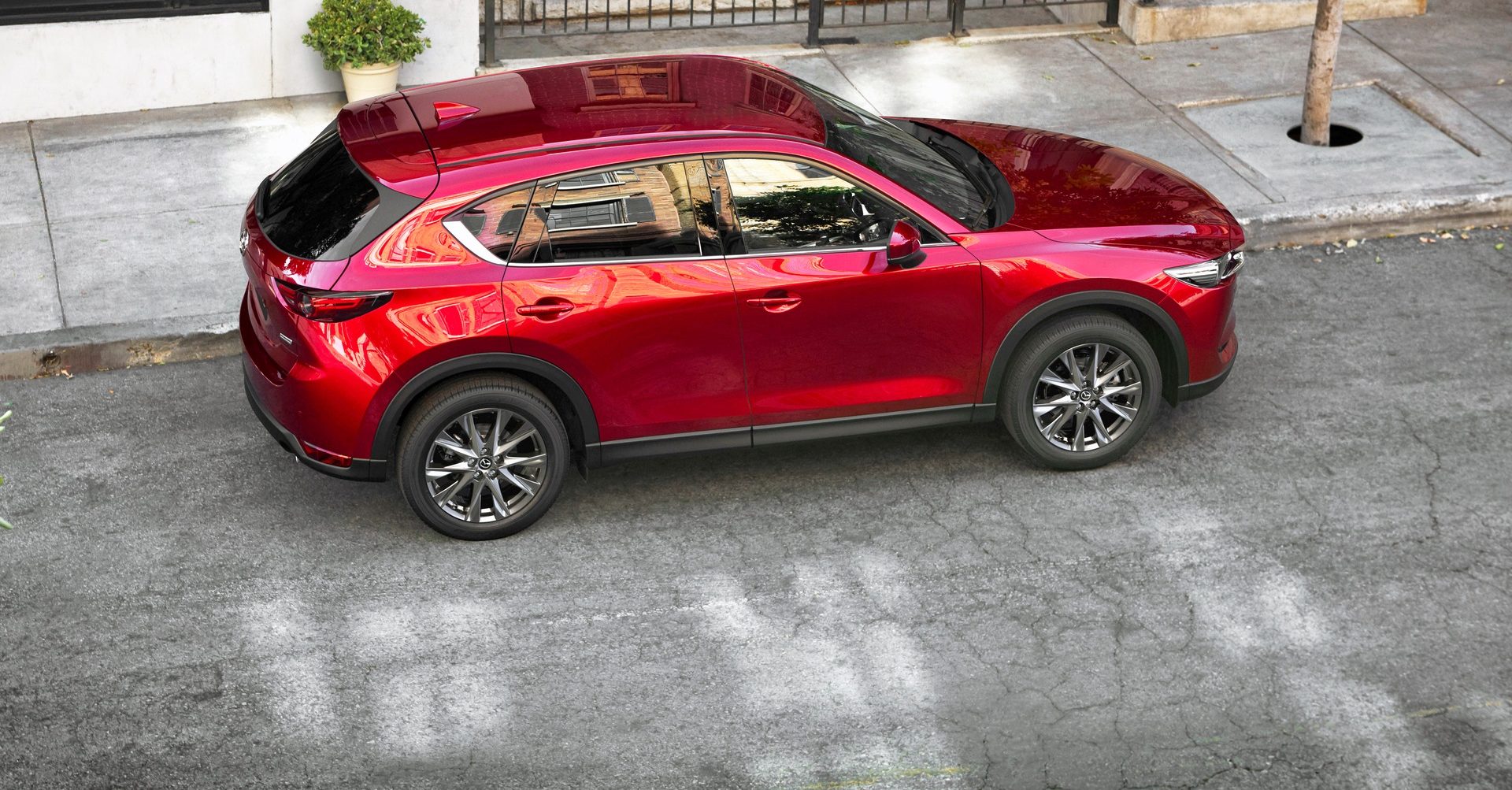 2020 MAZDA CX-5 — We live in a world of extremes. To get any notoriety these days, we want the see things at their absolute. When it comes to strength, we want to see Mountain from Game of Thrones deadlifting 1,100 pounds and winning the world’s strongest man. When it comes to speed we want to see the Bugatti Chiron flash to 60 mph in 2.5 seconds and annihilate any other production car with its 300 mph top speed. Or when it comes to SUVs we want to know about the Lamborghini Urus that has 600+ horsepower and can outrun a Mustang. But lost in all that manic yearning for extremes are the unsung heroes of the world. The guy at your gym that may not be Arnold, but he still shows up five days a week and stays it. Or something like a Camaro Z28 — not the fastest car out there, but still has enough to get your blood pumping to be fun in its own right. And then there is an SUV like the 2020 Mazda CX-5, it isn’t the best at anything, but it’s still pretty good.

Believe it or not Mazda is still a thing. They’ve kept themselves relatively off the radar basically since their whole ‘Zoom-Zoom’ campaign some years ago, but they’re still at it. The Mazda CX-5 is not quite a true SUV, but it’s certainly not a sedan. It is a midsized all-wheel drive vehicle that is exciting enough to keep your attention, but not so exciting that too many people will notice if they aren’t driving it.

Staring with a choice of engine options, the Mazda CX-5 offers up varying levels of performance. You can opt for the base 2.5-liter inline-4 that is naturally aspirated and makes a respectable 187-horsepower, or upgrade to the 2.5-liter inline-4 turbocharged version of that same engine and end up with a much more exciting 250-horsepower. There is also an optional 2.2-liter sequentially turbocharged diesel engine that makes 168-horsepower. All engine choices come joined with the same six-speed automatic transmission. That power, in whichever level you’ve chosen, then gets routed to all four wheels making for a very competent and agile ride.

Mazda has always been able to carve out a unique niche for themselves. They aren’t the bargain basement level no-frills entry level car company that newbies turn to when they want something new and cheap. But then, they aren’t the overtly luxurious, higher than needed to be priced wanna-be rich company either. Mazda makes cars that are not quite in league with BMW and Mercedes, but still seem to outshine the likes of Hyundai and Kia all day long. The Mazda CX-5 is not lavishly appointed, but the seats are firm but comfortable, and the interior is laid out initiatively.

The Mazda driving experience isn’t just a think that the marketing department drew up. Mazdas seem to be built around the idea that they need to be fun to drive. Going back to cars like the Mazda RX-7 and RX-8, and even the ageless Miata/MX-5, they have always has a certain charisma to them from behind the wheel. The Mazda CX-5, while no twin-turbo rotary RX-7, still displays some of that lineage. It’s steering is precise and never numb or wandering, the ride is firm enough to deliver appropriate levels of feedback without being so harsh your teeth’s fillings start rattling out.

And somehow the CX-5 feels sporty despite being rather pedestrian in its measured performance. 0-60 mph comes at best 6.1 and at worst 8.3 seconds depending on engine choice. The quarter mile goes by somewhere between 14.6 and 16.4 seconds, while braking takes 175-184 feet and the skidpad shows us a range of 0.78-0.82 g. Fuel mileage still varies much like performance, with the diesel being at the head of the class instead of the dunce of the performance segment of the competition. The models range from 22/27/24 city/highway/combined to 28/31/29 city/highway/combined mpg. Base price comes in at a relatively cheap $26,135 but can climb up into the low 40’s depending on how many boxes you decide to check.

But the 2020 Mazda CX-5 is more than just the sum of its numbers. If we wanted just numbers to impress us, we would go play with a Cayenne Turbo S or BMW X5M. No, this Mazda has a subtle charisma we appreciate. Much like that pretty strong guy at your gym you never really noticed because he wasn’t screaming or dropping weights, or like the Z28 that flew past you but wasn’t bathed in Screaming Yellow paint, the CX-5 is a synergistic effect of style and substance in a practical package that still manages to be pretty. It’s a fun car, or truck, or whatever you want to call it, and in a world of extremes, we’re actually just fine with something that is right in the middle. 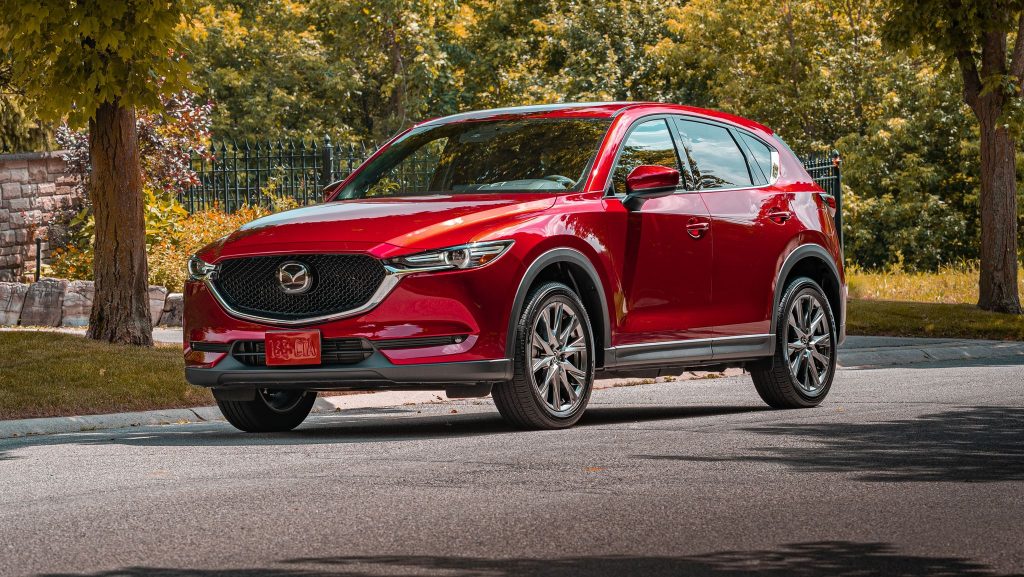 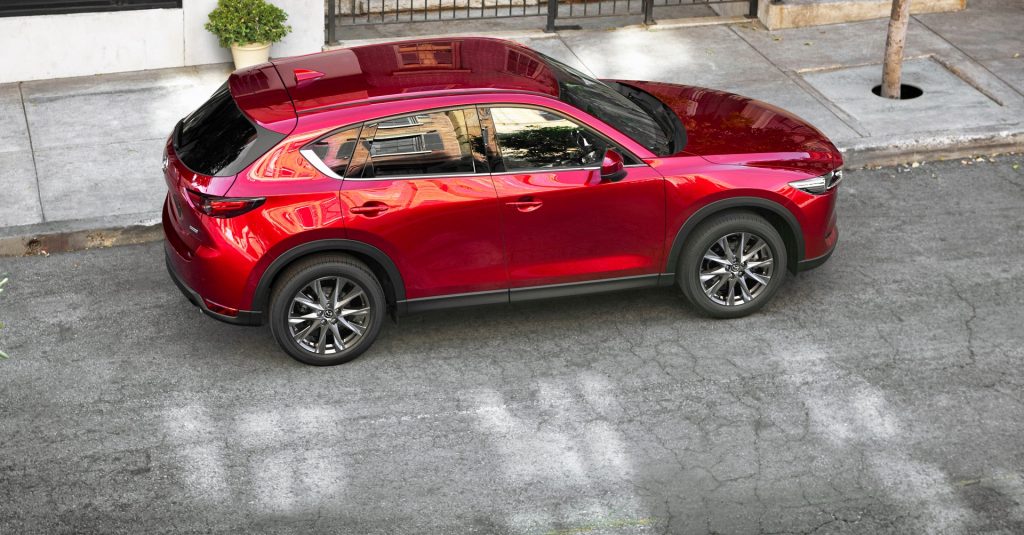 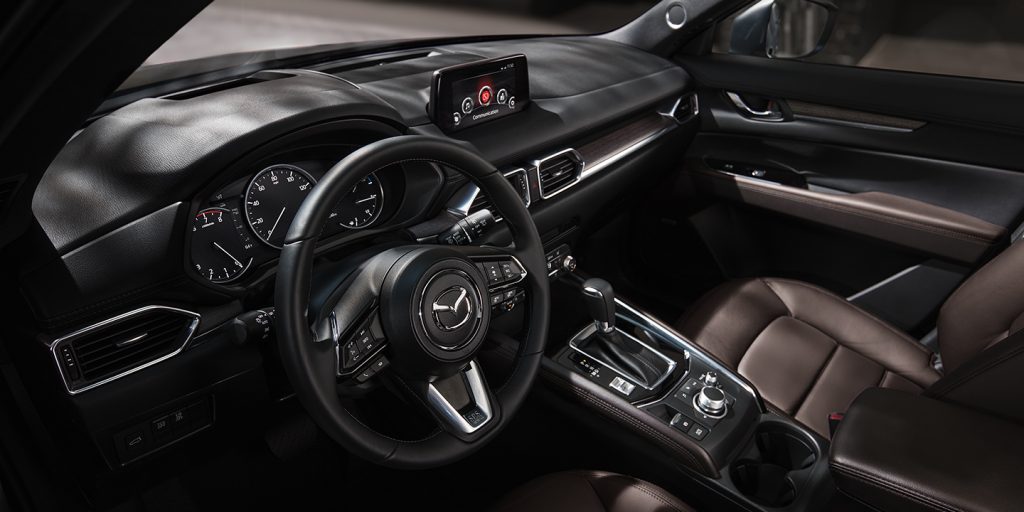