Sometimes it’s easy to forget that many of the cars and trucks we see on the highway today aren’t new models at all, but ones whose nameplates we’ve seen for years and in some cases, decades in various forms. Tracing car and truck lineage isn’t usually terribly hard, but it does require some research and a healthy dose of perspective to truly grasp where and how a model may have evolved (or in some cases, devolved) over the course of time. One of those trucks that seemingly snuck up and reintroduced itself to the automobile-buying public is the Chevrolet Blazer. This model has made a very muted and subtle entrance into the market, after what felt like a hibernation that Captain America would have been impressed with.

The Blazer’s heritage began as a full sized K5 Blazer all the way back in the same year of the moon landing (1969 for those who don’t feel like looking it up), and stayed remarkably unchanged for thirty years. The S-10 Blazer was a smaller version of the full-sized model, mimicking what the S-10 pickup trucks was to the C/K and Silverado full-sizers. The S-10 Blazer was produced from 1983 through 2005. Then the Blazer became the TrailBlazer from 2001-2009 in various trims and forms (including an ill-fated SS motif that didn’t quite live up to the badge despite its throaty 6.0-liter LS2 V8). Then, at least in North America, the Blazer name fizzled out and went dark for a decade.

But 2019 brings us an all-new Blazer. Its aggressive styling and powerful stance are the first thing you’ll notice about it. Its high belt line and edgy athletic styling clearly distinguishes it from its closest relative, the Equinox. The Blazer is longer, wider and much more truck-looking than its softer sibling. The Blazer does however, sport a not-so-trucky front wheel drive biased drivetrain setup. But don’t let that stop you, technically the Blazer is still AWD.

Power comes from an all-aluminum naturally aspirated 3.6-liter V6 that produces a solid 308-horsepower and 270 lb-ft of torque. That power is routed through a smart-shifting nine-speed automatic transmission that send power to all four corners. Thanks to a reasonable curb weight of only 4,274 pounds, the Blazer can up-and-go in a hurry. 0-60 mph takes only 6.1 seconds, while the quarter mile flies by in 14.7 seconds at 95.5 mph — just in case you roll up to an old Blazer SS that has something to prove. Large 12.6-inch front and 12.4-inch rear disc brakes put the clamps on and haul the Blazer down from 60-0 mph in a respectable 126 feet. But, the slightly uneven 59/41% front/rear weight bias does throw things off around the skidpad, where the Blazer reminds us more of the 80’s version of itself with a best of only 0.83g.

The Blazer offers up seating for five rear adults as well as up to 64.2 square feet of cargo space. The interior is much larger than it seems from the outside, while an 8-inch infotainment touchscreen handles all things entertainment and navigational. Wireless phone chargers and a host of USB ports help to keep everyone’s mind jacked into The Matrix at all times, while the dual-zone climate controls keep physical bodies cool or warm as needed.

The 2019 Blazer does come with an inflationary markup in terms of price when compared to its predecessors — such are the times we live in. But with a base price of $29,995 (with enough optional features to nearly touch the 50k mark), the Blazer seems to be a fair deal to say the least. It’s an easy to drive, comfortable and spacious truck that can handle family road trips or pure work day Home Depot runs all weekend. So while we haven’t seen a new Blazer on the road since the very beginning of Obama’s first term, we are happy to say that the Blazer nameplate is resurrected and alive and well, even after all these years. 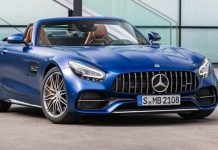